Diagnosis. Although Meropoecus  is not very similar to other genera treated here, the female genitalia are similar to those of Meropsiella  (see above). However, the male genitalia of Meropoecus  ( Figs 495View FIGURES 494 – 496, 500View FIGURES 499 – 501) are unlike any other genus in the Brueelia  -complex. The presence of more than 2 pst is shared within the Brueelia  -complex only with Aporisticeras  n. gen. ( Fig. 529View FIGURES 526 – 531), and while some other groups treated here have papillation on the anterior end of the mesosome (e.g. the Olivinirmus meinertzhageni  group, Fig. 335View FIGURES 334 – 337), this is not as extensive and elaborate as in Meropoecus  .

Host distribution. Limited to species of bee-eaters, family Meropidae  . Preliminary studies indicate that most species are monoxenous, and that there are several undescribed species in Meropoecus  .

Remarks. Meropoecus  was erected by Eichler (1940) for a single species that was characterized by its unique head structure ( Docophorus meropis Denny, 1842  ). Eichler compared this species to Cuculoecus Ewing, 1936  , and noted that Meropoecus  has a widely bulging frontal head margin, more strongly arched portions of the marginal carina, a shorter clypeus, and a stouter and wider postantennal head. Later treatments of this genus include Emerson & Elbel’s (1956) key to the four species known at the time, and the checklist of Price et al. (2003), which listed seven valid species of Meropoecus  , as well as one synonymized species ( Mo. bifrons  = Mo. meropis  ).

Two specimens of Meropoecus  were included in the phylogeny of Bush et al. (2016). Their placement as a sister to Motmotnirmus  , and as a sister clade to the larger part of the Brueelia  -complex were both strongly supported. Adam (2004) has recently redescribed and reillustrated the type species, and we do not describe it here again.

[1] Note that, in the original illustrations of this species, all head setae have mistakenly been placed on the dorsal side. 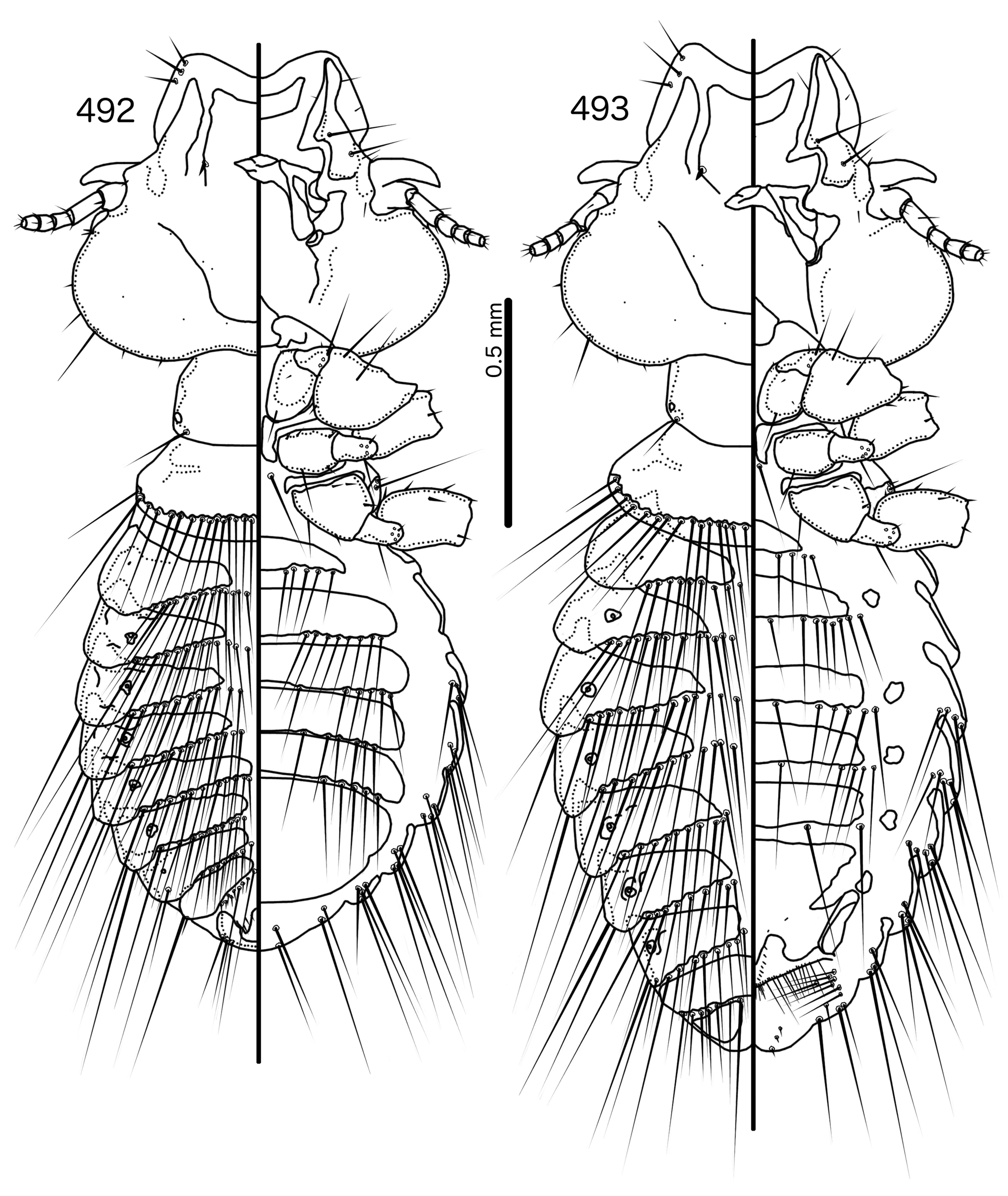