Type material. Holotype No. 1470-2 [CCHH], adult, sex unknown, complete beetle, included in small-sized yellow amber piece embedded in a block of GTS polyester resin with approximate side-length dimensions of 13 × 10 × 5 mm. The specimen is clearly visible in lateral aspect. Syninclusions are represented by one ant specimens (? Lasius  sp.), three specimens of Acari, the head of an insect (? aphid) and minute particles of detritus.

Etymology. The specific epithet “ helheimricus  ” is formed after the word Helheimr (Helheim, or Hel)—“concealed place, the underworld”—realm of the dead, existing beneath one of the three roots of the world ash-tree Yggdrasil and ruled by the goddess Hel in the old Scandinavian mythology.

Remark. Genitalia internal and obscured in this specimen. Metathoracic wings not visible.

Assumed bionomy. Extant representatives of the genus Clambus  are collected from decaying vegetation, leaf litter and rotten wood. Records indicate that the family is probably feeding on microfungi, though they may be found on Ascomycetes, Myxomycetes and Basidiomycetes, where they feed mainly on spores and hyphae ( Leschen 2016). For the fossil species, a similar biology and relation with saproxylic environment and soil litter can be assumed. 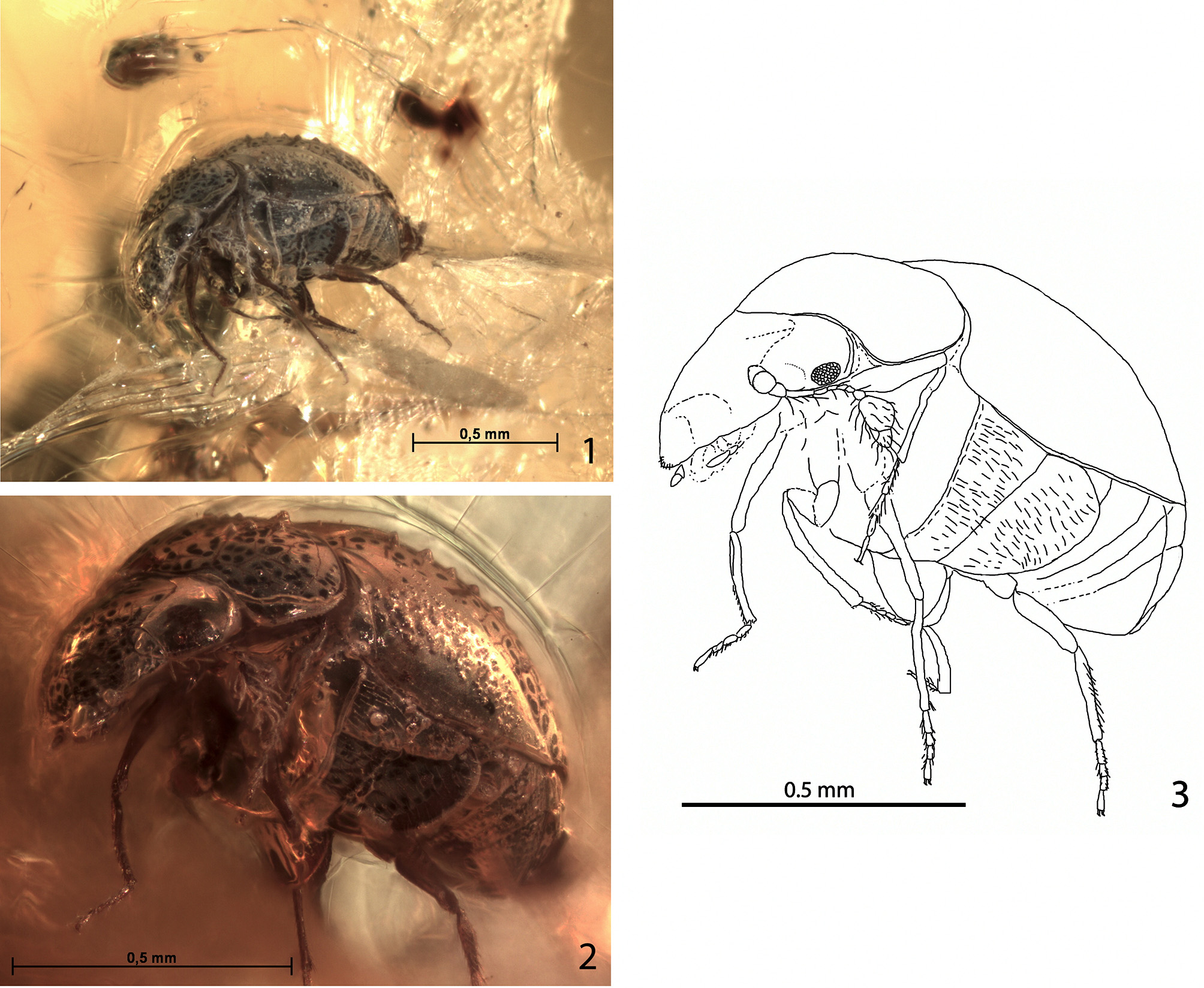