Diagnosis. Aedeagus in ventral view with its distal half parallel-sided; antennomere X about as long as broad.

Pronotum bell-shaped, with sides parallel between base and anterior third; PL 0.20 mm, PW 0.20 mm. Anterior margin and sides in anterior third rounded; lateral margins in posterior 2/3 nearly straight; posterior margin weakly arcuate; posterior pronotal corners obtuse-angled and blunt; base with a shallow but distinct transverse groove, at each side deepened to form one pair of small and diffuse lateral pits. Punctures on pronotal disc inconspicuous, fine and sparse; setae sparse, short and recumbent to suberect.

Etymology. The new species is named error   because the male holotype specimen has been identified by Herbert Franz, the author of Stenichnodes, not only as Parastenichnaphes cf. sumatrensis, but also as a female.

Remarks. Stenichnodes error   is externally similar to S. saheliensis   ; only the antennae are slightly longer in relation to the body, distal antennomeres longer, and the pronotum has slightly different proportions. However, the aedeagi differ

markedly; that of S. saheliensis   (illustrated by Jałoszyński 2015a) being much stouter, in ventral view fusiform, broadest near middle, whereas that of S. error   has the distal half of the median lobe parallel-sided. 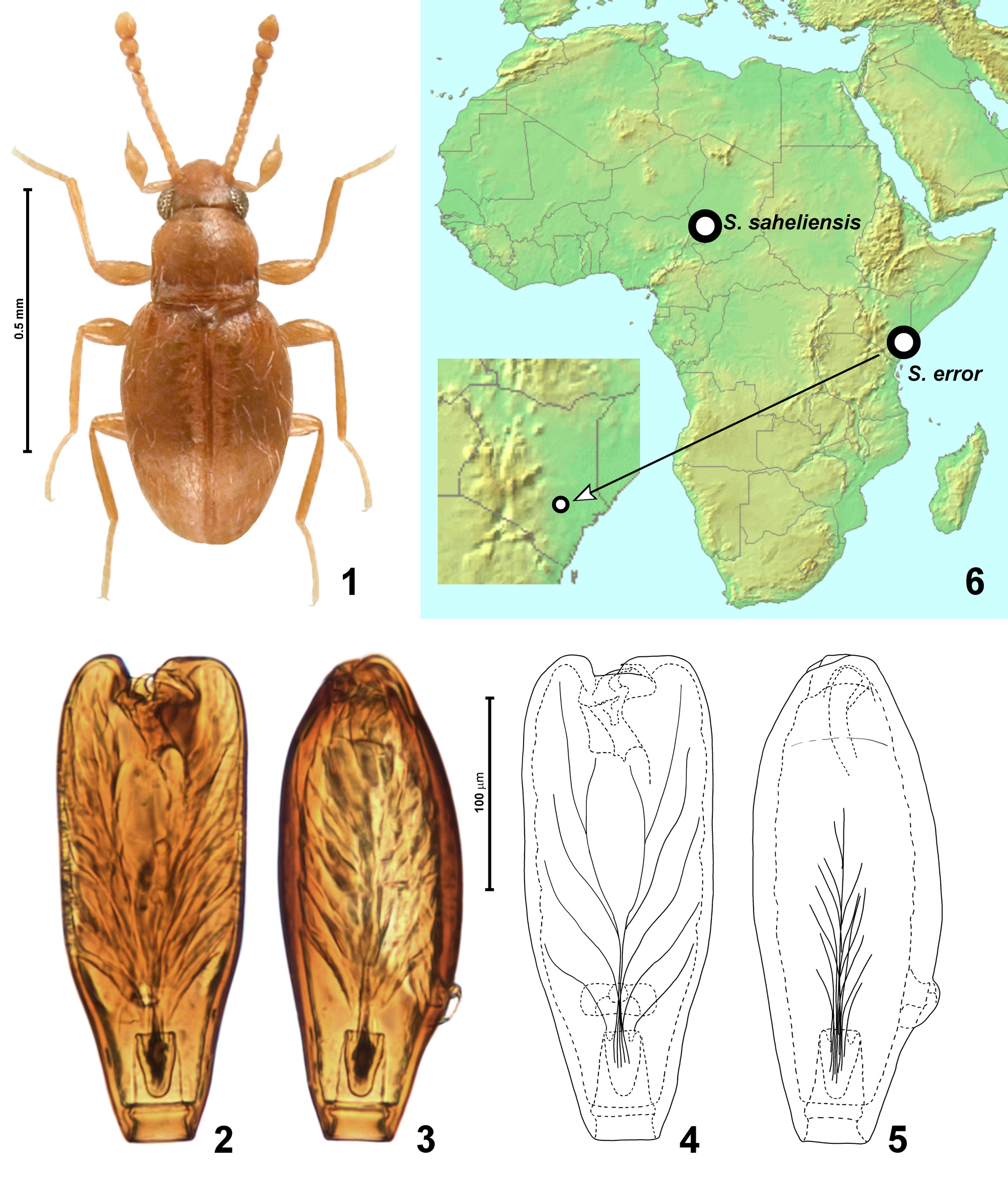