Coloration of holotype in life

This species is found in the eastern Panamanian montane forest ( Fund & Hogan, 2012) of the Darien mountain range ( Fig. 1 View Figure 1 ). Most specimens were found at 0.2 – 1.0 m above ground, over green leaves, between branches with dry leaves or in bromeliads. At the first location (472 m a.s.l.) the understory was open. The predominant vegetation were palms, vines, and small trees; at the second location above 700 m a.s.l. bromeliads were predominant; D. aff. pequeno sp. nov. was found to be sympatric with D. diastema and D. quidditus , and all species were actively calling.

The species name pequeno is derived from the name Bajo Peque no~ (or Bajo Chiquito), the last village at Rıo Tuquesa, where this species was found. Figure 1. Map of the Darien region, eastern Panama, showing the distribution of the species of Diasporus described herein. 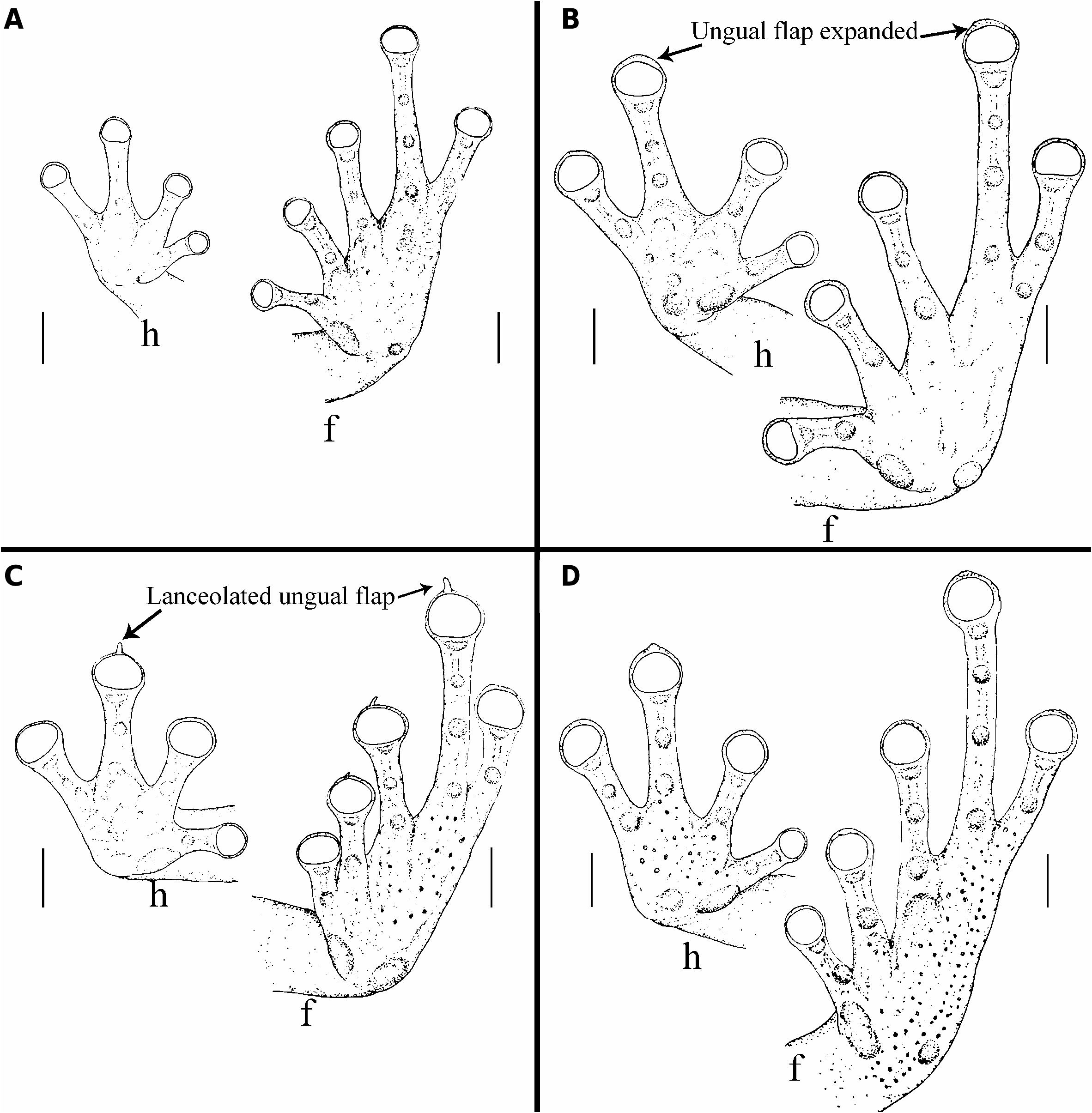 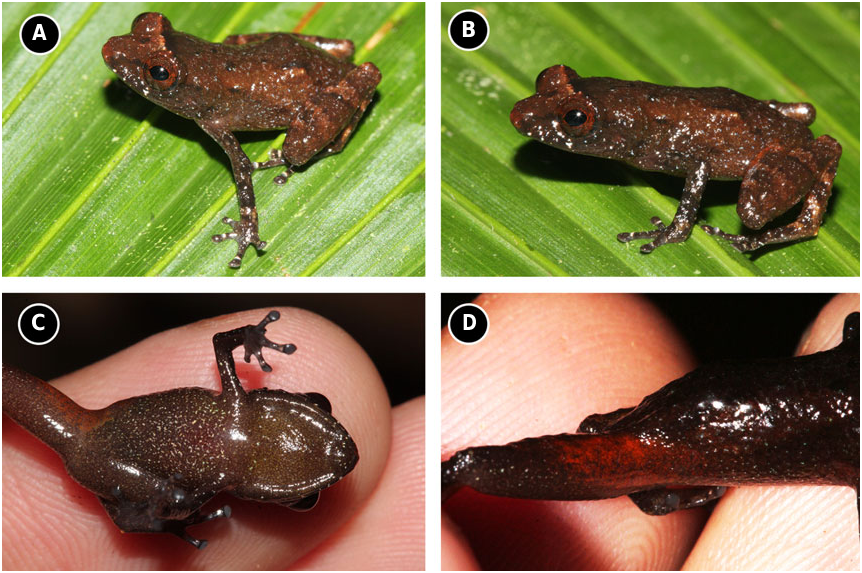