Diagnosis. Colletes pseudomirabilis  cannot be assigned to any of the Colletes  species-groups. Due the abundant white pilosity C. pseudomirabilis  reminds of a species of the C. squamosus  -group but the distinct dorsal incision of the male gonocoxite (secondarily fused in all species of the species-groups of C. nigricans  , C. carinatus  , C. hylaeiformis  , C. caspicus  and C. squamosus  ) clearly contradicts this assumption. Pilosity and punctation of abdominal terga and the elongate malar area are distantly similar to the C. flavicornis  -group but the shape of S 7 does not fit here. The closest relative seems to be the recently described and morphologically isolated C. mirabilis  as both share the principle shape of S 7, gonostylus, slightly emarginate T 7 and the densely, finely but distinctly punctate terga. The male of C. pseudomirabilis  can easily be recognized by the characteristic shape of S 7 ( Fig. 1View FIGURE 1 d) in combination with the pilosity and punctation of T 1–2 ( Fig. 1View FIGURE 1 b).

General distribution. Only known for the type locality in Turkmenistan. 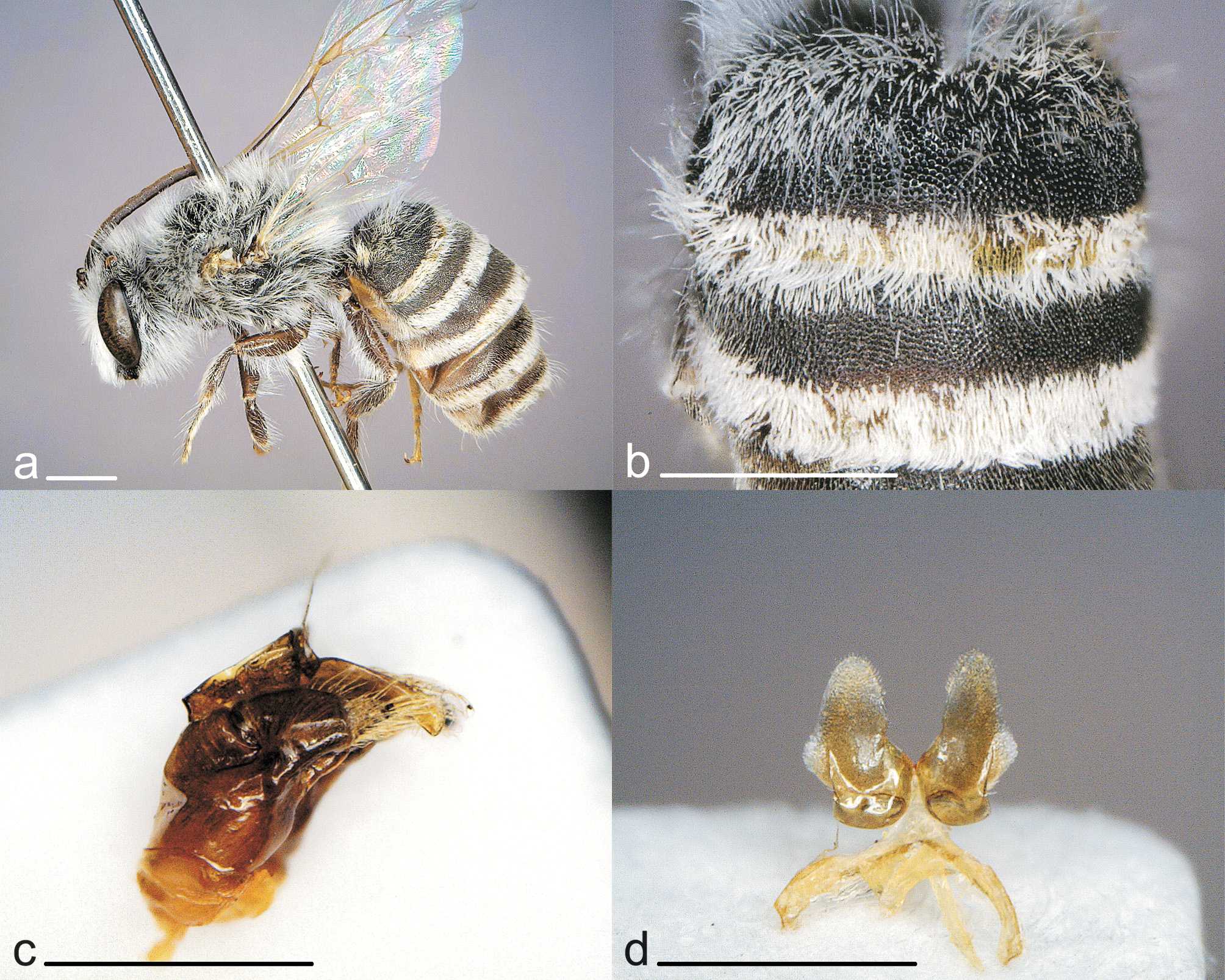