Distribution. So far know only from Trindade Island, 15 m.

Etymology. The specific name is in honor of the late Michèle de Saint Laurent (1926–2003) for her outstanding work on the taxonomy of decapod crustaceans, with special reference to hermit crabs.

P5 chelate. Propodal rasp dorsally extending for about half surface of propodus.

Remarks. Nematopagurus   was erected by A. Milne-Edwards & Bouvier (1892) for a single eastern Atlantic species, N. longicornis A. Milne-Edwards & Bouvier, 1892   , currently known from Ireland to Angola, and the Mediterranean Sea ( McLaughlin 2004). No other species in the genus is known from the Atlantic Ocean to date, while 25 additional species have been reported from the Pacific Ocean, as far east as Hawaii and French Polynesia.

Nematopagurus micheleae   sp. nov. is hence the second Atlantic species of Nematopagurus   , and the first representative of the genus from the western Atlantic. The new species is confidently assigned to Nematopagurus   (sensu McLaughlin, 2004) on the account of its long, distally filamentous male right sexual tube, directed from the right to the left across the ventral body surface, and very short left sexual tube, readily recognized in the holotype and paratype males.

Nematopagurus   sp. nov. and N. helleri ( Balss, 1916)   from the Red Sea are superficially similar to each other in that their ocular peduncle is swollen basally, tapering distally to a reduced cornea, but can be further separated by the P2 and P3 carpi dorsal surface inermis, Fig. 18 View FIGURE 18 A–C (vs. P2 and P3 carpi each with a dorsodistal spine. Additionally, P2 carpus with 2–4 widely-spaced spines on its dorsal surface and P3 carpus usually with 1–2 spines on its proximal third in N. helleri   ) (see McLauglin 2004: 187, 188, fig. 13C).

Differently from the remaining Nematopagurus   species, known from waters between 100–2600 m, the new species is a shallow-water one (15 m). 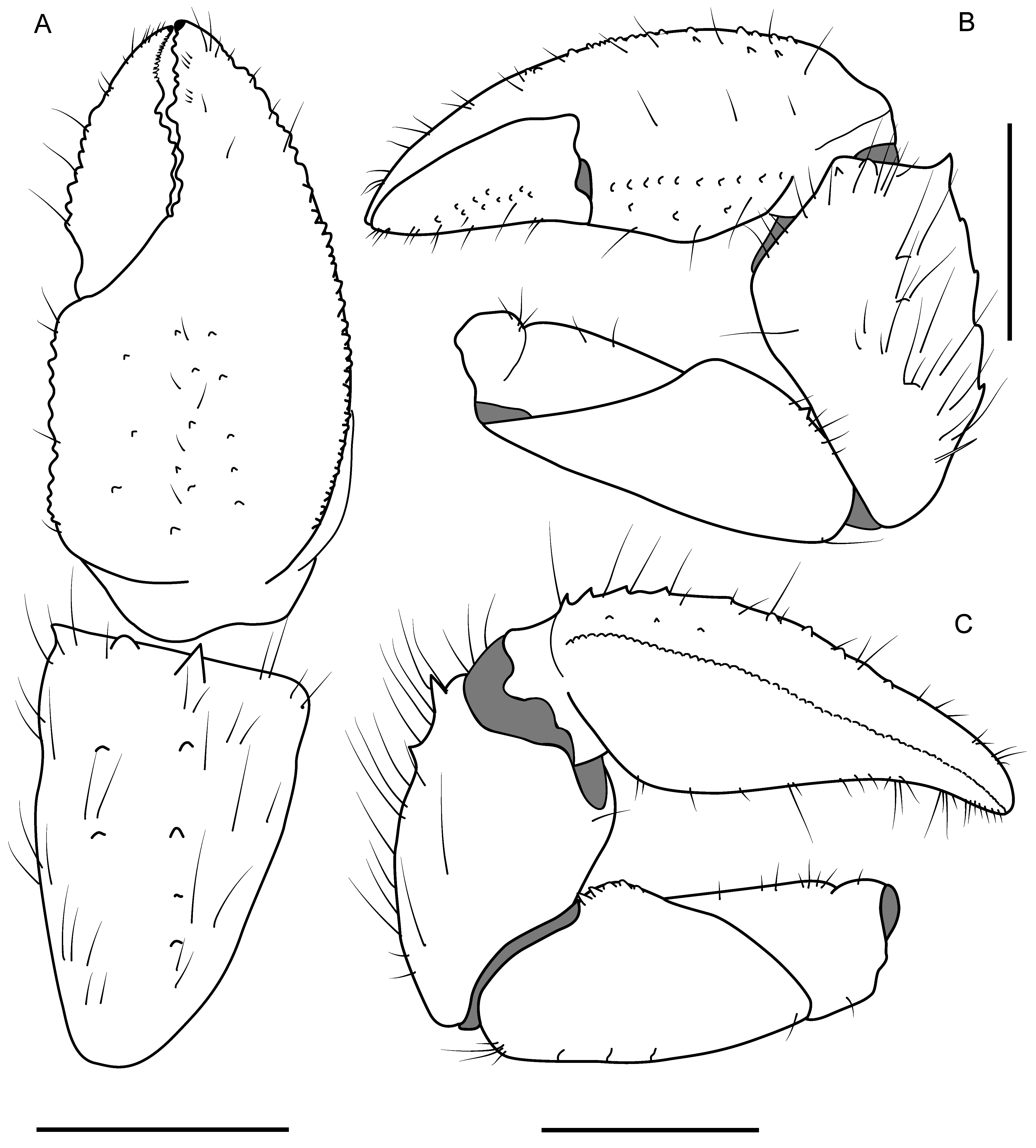 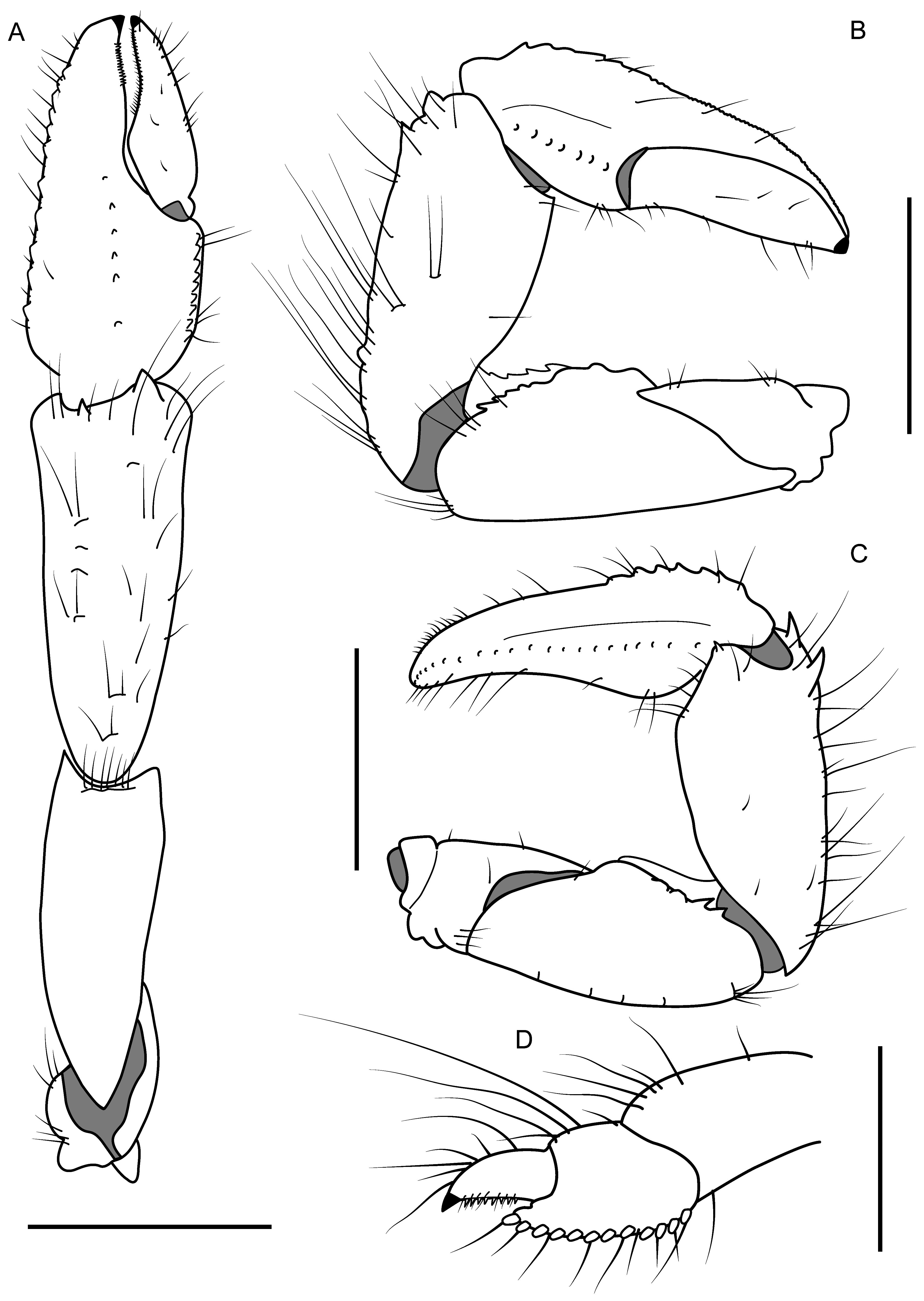