Diagnosis. A small to moderate-sized species (SVL in largest male 46.0 mm, largest female 45.0 mm) of the genus Anolis (sensu Poe 2004) that differs from all other Mexican and Central American congeners except A. dunni , A. gadovii , A. liogaster , and A. omiltemanus by having (1) smooth ventral scales; (2) an oval patch of usually three greatly enlarged supraorbital scales; (3) a pair of greatly enlarged postcloacal scales in males. Anolis peucephilus differs from A. dunni and A. gadovii by having 10–15 rows of dorsal scales moderately enlarged (vs. the middorsal scales not or only 2-4 rows slightly enlarged in A. dunni and A. gadovii ). It further differs from A. dunni by having a uniform orange yellow male dewlap (vs. pinkish to orange red male dewlap with semicircular pale streaks and blotches in A. dunni ). It also differs from A. gadovii by the absence of a bold reticulated body pattern (vs. such a pattern present in A. gadovii ). Anolis peucephilus differs from A. liogaster by having shorter hind legs with the longest toe of adpressed hind leg reaching to a point between levels of axilla and ear opening, ratio shank length/ SVL 0.18–0.21 (vs. usually to a point between posterior and anterior margin of eye or occasionally to a point between ear opening and eye in A. liogaster ; ratio ShL/SVL 0.24–0.30), usually two pairs of greatly enlarged sublabial scales in contact with infralabial scales (vs. usually a single pair in A. liogaster ), and an orange yellow male dewlap (vs. pink to purple in A. liogaster ), as well as in the number of loreal scale rows (usually four, occasionally five, exceptionally three, in A. peucephilus vs. commonly four or five, occasionally six, in A. liogaster ) and in the number of scales between interparietal and supraorbital semicircles (usually one, commonly two, exceptionally zero, in A. peucephilus vs. usually two, commonly one, occasionally three, in A. liogaster ). In external morphology, A. peucephilus is most similar to A. omiltemanus from which it differs by having even shorter hind legs with the longest toe of adpressed hind leg reaching to a point between levels of axilla and ear opening (vs. usually to ear opening, occasionally to slightly beyond ear opening or to a point between shoulder and ear opening in A. omiltemanus ), a slightly larger dewlap in females, in largest female about 64 mm 2 (vs. to 41 mm 2 in A. omiltemanus ), the circumnasal usually in contact with the first supralabial (those scales separated by the presence of a subnasal in A. omiltemanus ), and 4–6 internasal scales (vs. 6–7 in A. omiltemanus ). Furthermore, A. peucephilus differs from A. omiltemanus in hemipenial morphology (no finger-like processus on asulcate side in A. peucephilus vs. such a processus present in A. omiltemanus ).

Natural History Notes: All our specimens were collected at night while the lizards were sleeping in pine trees along the road, 2–10 m above the ground. Daytime searches on 15 March 2013 yielded no specimens of this species. The habitat in the vicinity of the type locality is pine-oak forest with patches of pure pine stands. Anolis peucephilus occurs syntopically with A. stevepoei . However, the latter species was found near the ground level sleeping on bushes and vines at night.

Geographic Distribution and Conservation. Anolis peucephilus is only known from the vicinity of the type locality in the southern Sierra Madre del Sur in southern Oaxaca at elevations between 1325 and 1924 masl ( Fig. 111 View FIGURE 111 ). More field work is needed in order to obtain a better understanding of the population size and the actual geographic distribution of this species before the conservation status can be assessed. 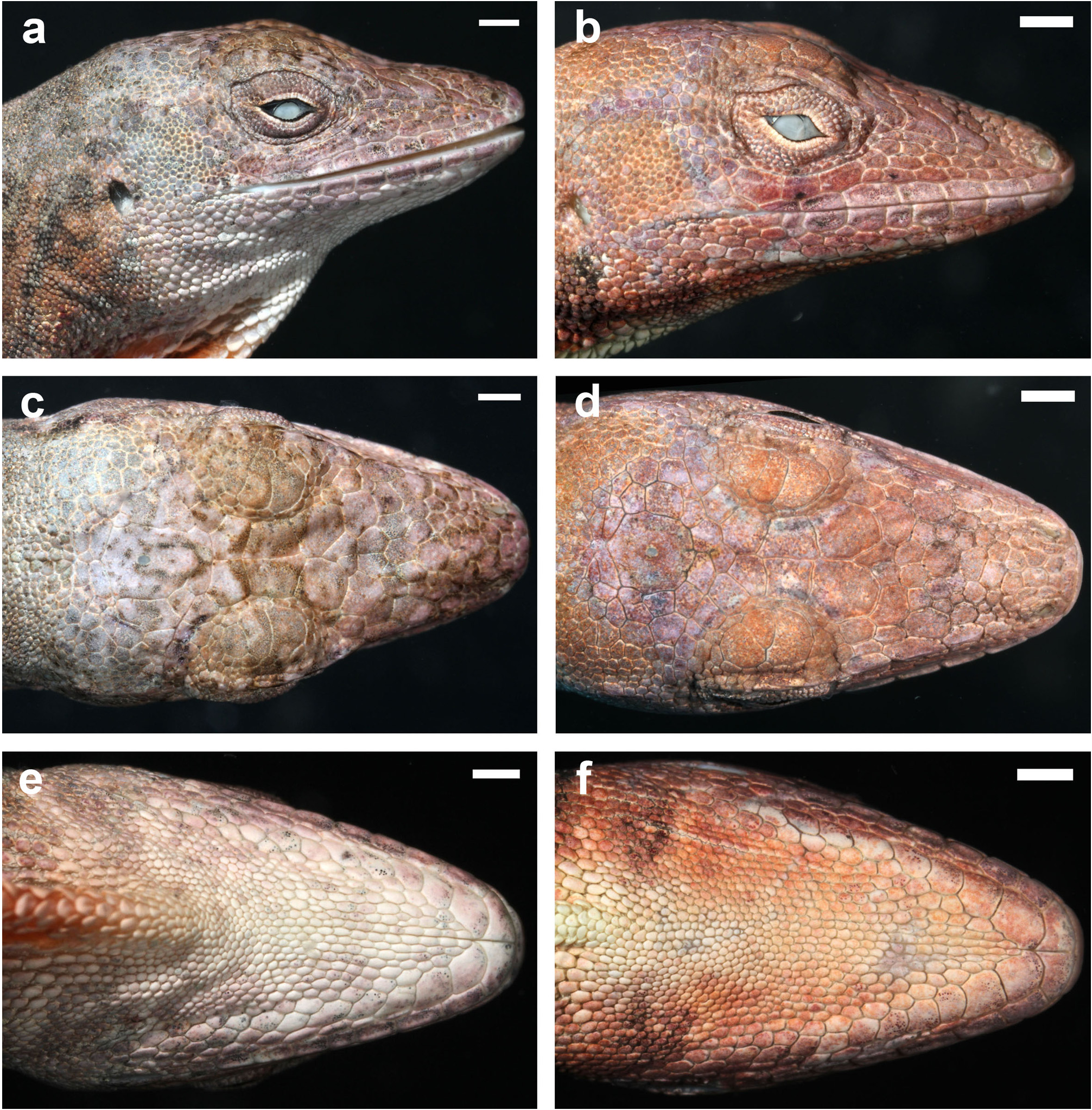