Variation. The paratypes agree well with the holotype in general appearance, morphometrics, and scalation ( Table 9 View TABLE 9 ). They differ in some scalation characters as follows: The number of slightly to moderately enlarged dorsal scale rows varies from 14 to 20. All specimens have a single elongate prenasal. Suboculars in contact with supralabials (2–4 suboculars in contact with 1–4 supralabials) in all specimens examined. All males have a pair of greatly enlarged postcloacal scales.

Etymology. The name carlliebi is a patronym honoring Carl S. Lieb who has contributed substantially to our knowledge of Mexican anoles.

Natural History Notes. The two SMF type specimens of Anolis carlliebi were collected during a 4.5 hours night search in a pine oak forest at the campus of the Ixtlán University. The specimens were found sleeping on twigs between 0.3 and 1.0 m above the ground. Most of the following is summarized from the information provided in Ramirez-Bautista et al. (2002a,b). The habitat of Anolis carlliebi includes xerophilic brush land, thorn forest, and deciduous tropical forest, heavily altered in most of the species’ range by human activities. During daytime, this lizard is mostly found on the leaf litter covered floor, but also on rocks and low vegetation. It is also found in disturbed areas, dump-yards, and along house fences, and is easy to spot at night sleeping on shrub twigs. It feeds on small beetles ( Coleoptera , family Curculionidae ), true bugs (Homoptera, family Cicadellidae ), and Hymenoptera (families Ichneumonidae and Braconidae ) ( Canseco-Márquez & Gutiérrrez-Mayén 2010). The limited available data suggest seasonal reproduction in A. carlliebi ( Ramirez-Bautista et al. 2002b) . CansecoMárquez & Gutiérrrez-Mayén (2010) noted that one female collected in May in Santiago Dominguillo laid an egg and that a male collected in October in San Lucas Teteletitlán had enlarged testicles. Ramirez-Bautista et al. (2002a) reported a male courting a female on a Prosopis tree in September. Canseco-Márquez & Gutiérrrez-Mayén (2010) reported observations of juveniles in November in Santa María Texcatitlán.

Geographic Distribution and Conservation. As currently known, Anolis carlliebi is restricted to the Tehuacán-Cuicatlán Valley and the adjacent Ixtlán Valley in the northern central portion of the Mexican State of Oaxaca at elevations of 650 to 2,515 masl ( Fig. 71 View FIGURE 71 ). Given its usual abundance wherever this species occurs, it seems justified to classify A. carlliebi as Least Concern based on the IUCN Red List Categories and Criteria ( IUCN 2012). FIGURE 52. Anolis carlliebi in life: (a) two males from Ixtlán de Juárez, Oaxaca; (b) a male from San Juan Tepeuxila, Oaxaca. Photos by Christopher Ehecatl Vega Flores (a) and Luis Canseco Marquéz (b). 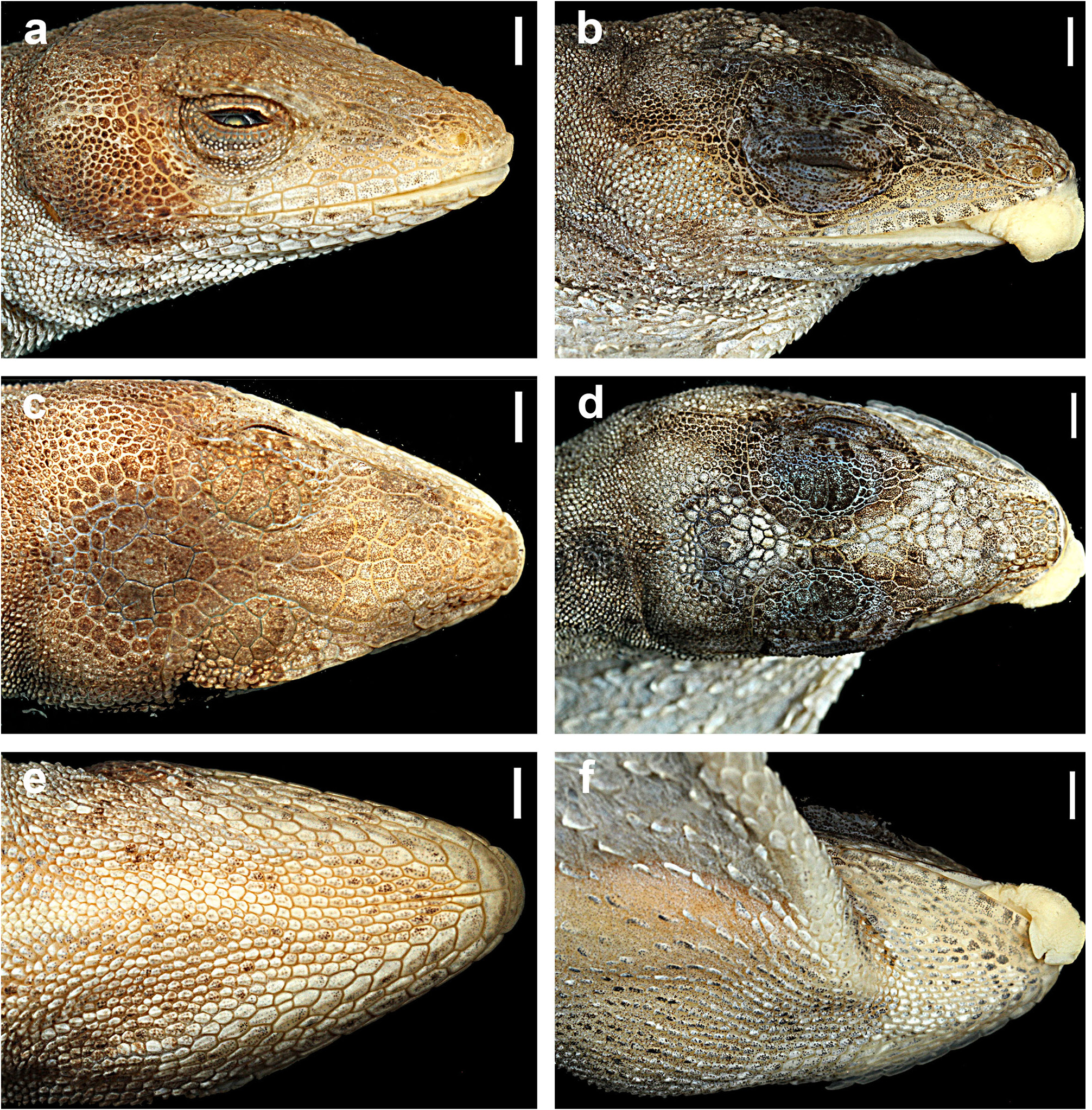