Diagnosis. Differs from the two other species of this species group by the narrow, 1.7 longer than wide and dorsally depressed elytra, longer setae, and an only slightly dilated apex of the spiculum gastrale which has the apodeme more than 5 times longer than wide.

Prothorax ( Fig. 5View FIGURE 5 A) slightly longer than wide, dorsally slightly convex, with anterior margin slightly shorter than posterior margin. Pronotum with large, dense mesally directed punctures, separated from each other by 0.5 x its diameter, smaller and sparser over the center of the disc; on sides punctures replaced by mesally directed granules; with white setae 2 x longer than a puncture diameter, slightly raised and backwardly directed. Elytra ( Fig. 6View FIGURE 6 A) elliptical, 1.7 x longer than wide, punctures of striae shallow, separated from each other by distance similar to 0.5 x its diameter. Interstriae as wide as striae, with a median row of coarse granules, with curved, white setae, 2 x longer than a strial puncture, so that the apex of each reaches the base of the next; anterior margin of strial punctures with very short setae. Urosternites with scattered punctures; urosternite V with smaller and denser punctures on basal half; punctures with appressed white setae, 2– 4 x longer than the diameter of a puncture. Protibiae straight, not apically expanded. Femora unarmed. Spiculum ventrale and spermatheca as in Fig. 4View FIGURE 4 (B –C).

Etymology. The new species takes its name from its type locality: Palazzo Adriano on the Sicani Mountains.

Distribution. The new species is known only from the above locality; both specimens have been collected on grass and shrub vegetation.

Comparative notes. Otiorhynchus adrianus  belongs to the O. umbilicatoides Reitter  group but differs from the two other species of this group by the almost flattened and slender instead of rather plump and convex body shape, by the elytra 1.7 x instead at most 1.5 x longer than wide, by the longer, curved and slightly raised setae of the elytral interstriae, and by the shape of spiculum ventrale whose apex is fork-like and only slightly dilated instead of being strongly expanded, and with its apodeme more than 5 x instead of about 3 x longer than wide. 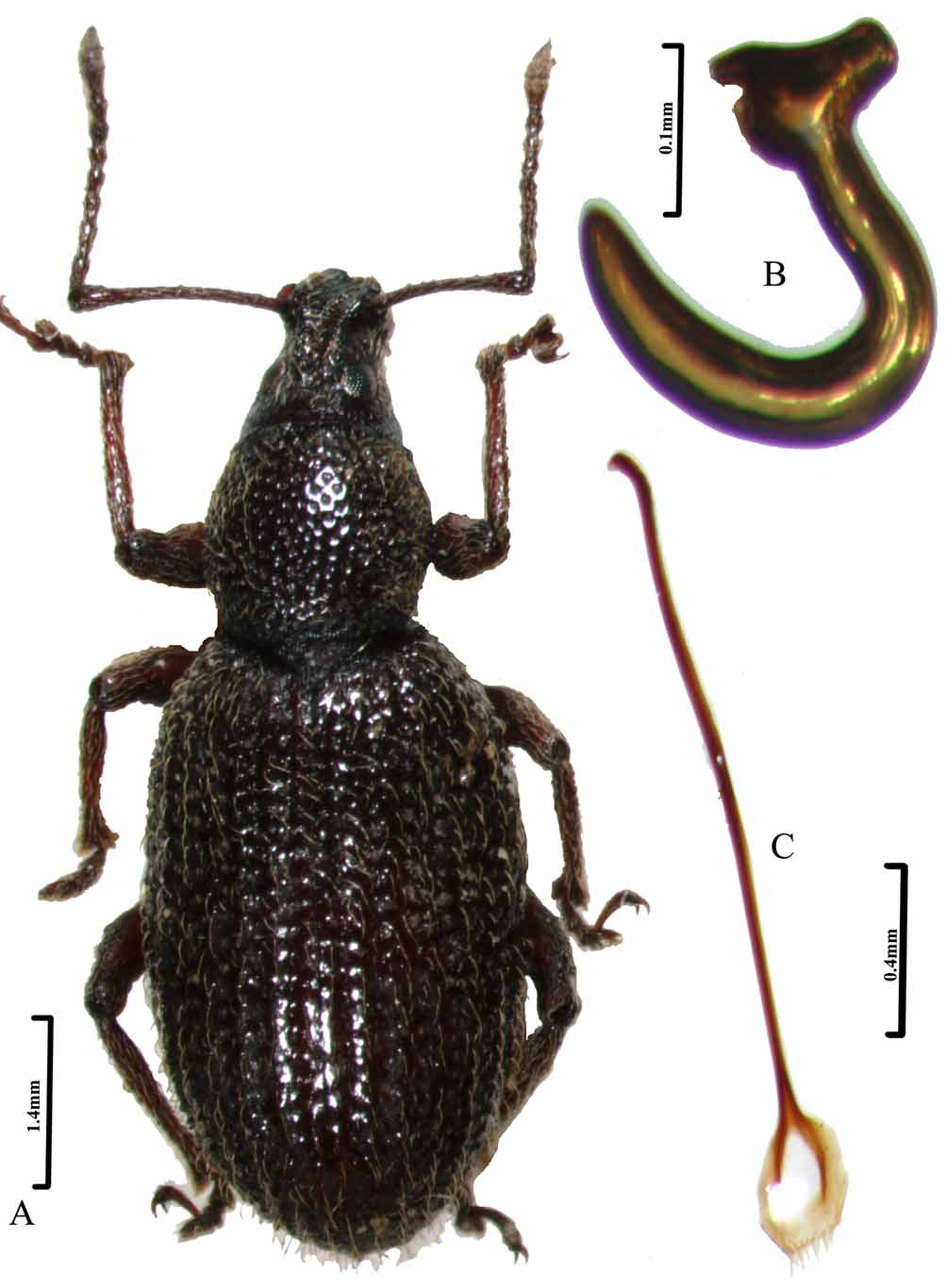 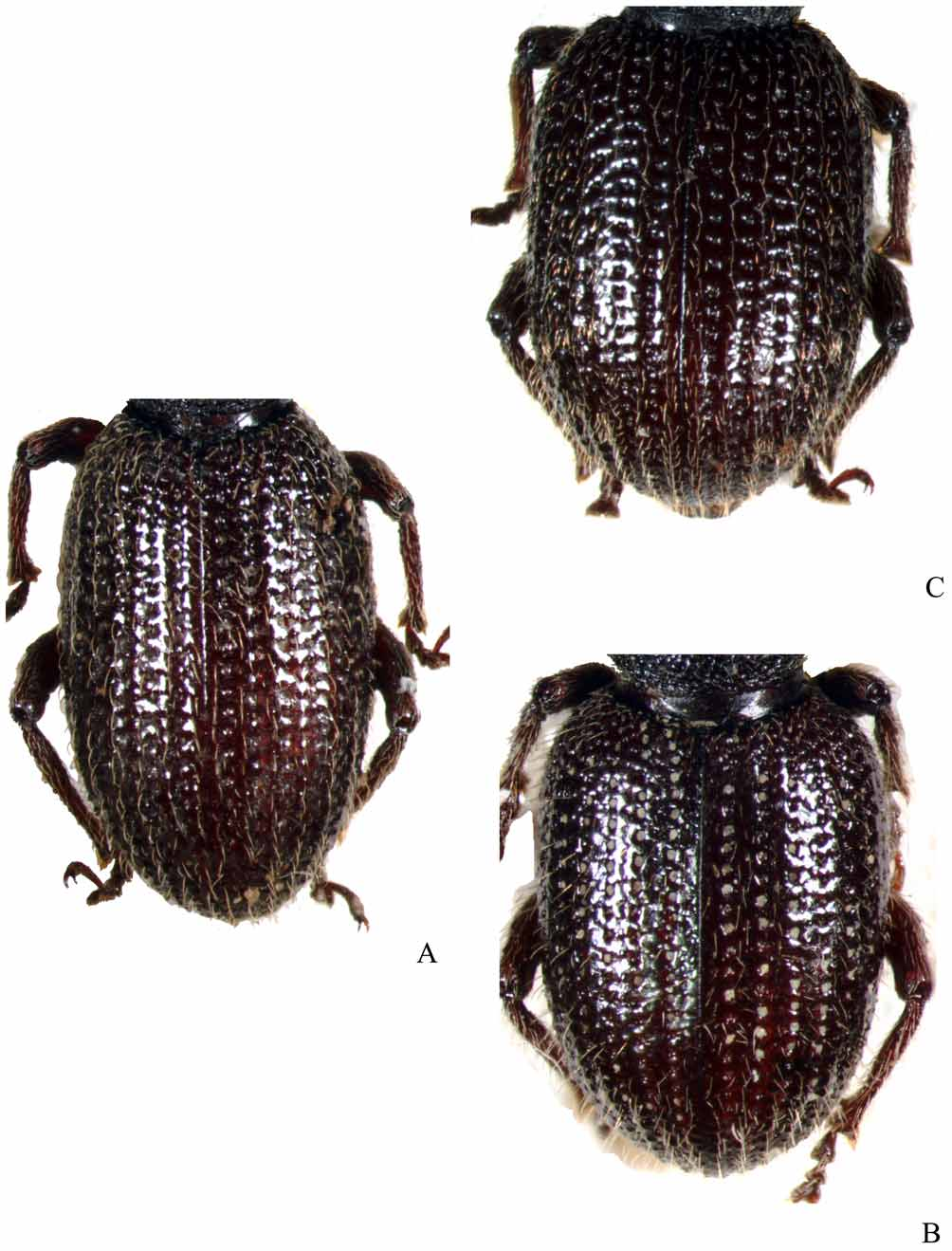