Body (Figs 23 View Figures 17–24 , 24 View Figures 17–24 ) including antennae and legs unicoloured piceous brown. Entire body except of frons, antennal funicles with clubs and tarsi covered with a brownish earth-like incrustation which conceals integument; rounded scales with hardly visible shape, but at least on pronotum, head and rostrum irregularly star-shaped. Elytra with one conspicuous dense row of erect, subspatulate setae only on odd-numbered intervals; setae almost as long as width of one interval, enlarged apicad, distance between two setae distinctly longer than length of one seta. Pronotum and head with rostrum with similar setae, approximately half length of elytral setae, densely irregularly scattered, anteriorly directed. Antennal scapes, femora and tibiae with short, erect, very slender setae, prominent from outline of scapes and legs.

Type material was sifted from leaf litter in secondary forest partly with Cyathea   and bamboo.

This species is named after the curator of the National Museum in Prague and also the collector of the type specimens, Dr. Martin Fikáček. The specific name is a noun in apposition.

Trachyphloeosoma martin   sp. nov. is very easily recognizable among Chinese species by the elytral raised setae only on odd-numbered intervals and also by the pronotum being somewhat longer, only slightly wider than long, not distinctly granulate on disc, almost flat. Within the genus, Trachyphloeosoma martin   sp. nov. is similar only to T. roelofsi   Sharp, 1896 from Japan and T. setosum   (Wollaston, 1869) known from St. Helena, where it is apparently introduced (but region of origin not yet known). Trachyphloeosoma martin   sp. nov. is similar to them in having raised elytral setae only on odd intervals, but distinguished from them by a more slender and longer rostrum, 1.38-1.42 × wider than long (1.56-1.73 × in T. roelofsi   and T. setosum   ), longer and more slender elytra, 1.44-1.48 × longer than wide, (1.19-1.27 × in T. roelofsi   and T. setosum   ), and also by the different shape of the spermatheca, with collum distinctly longer than wide (isodiametric in T. roelofsi   ), or long and irregularly curved cornu (short and regularly curved in T. setosum   ). 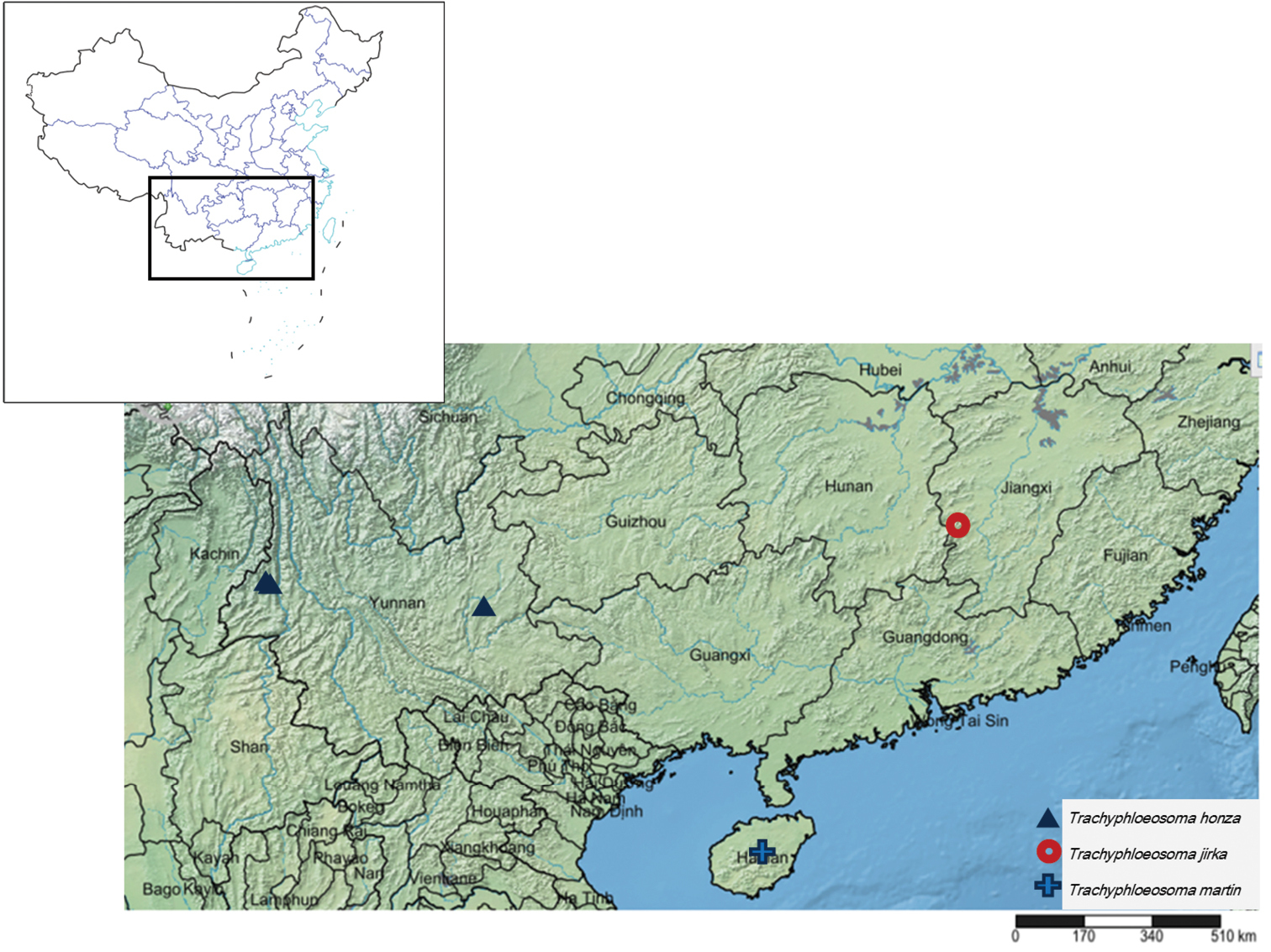 Figure 54. Geographical distribution of new species of Trachyphloeosoma in China. 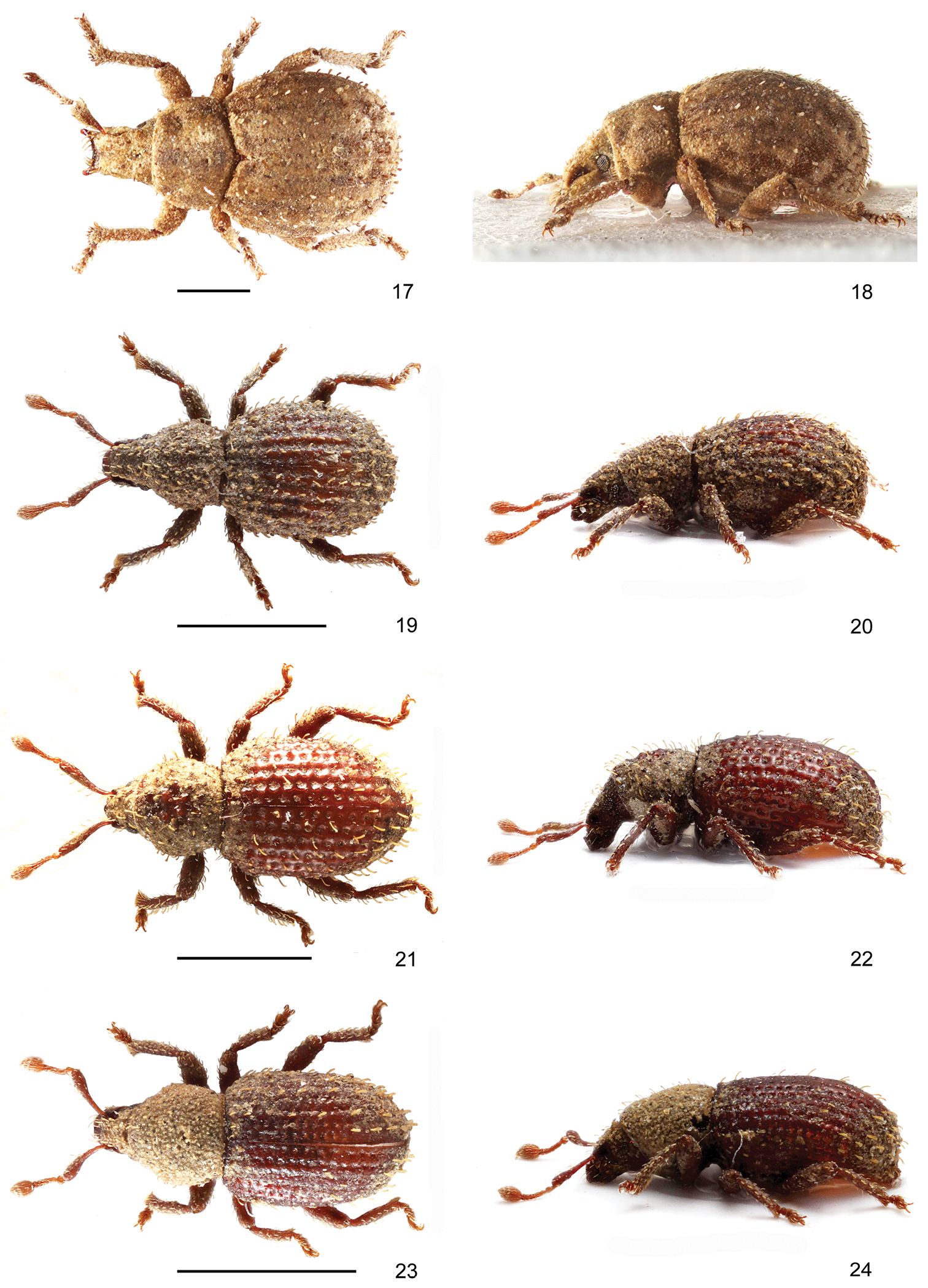 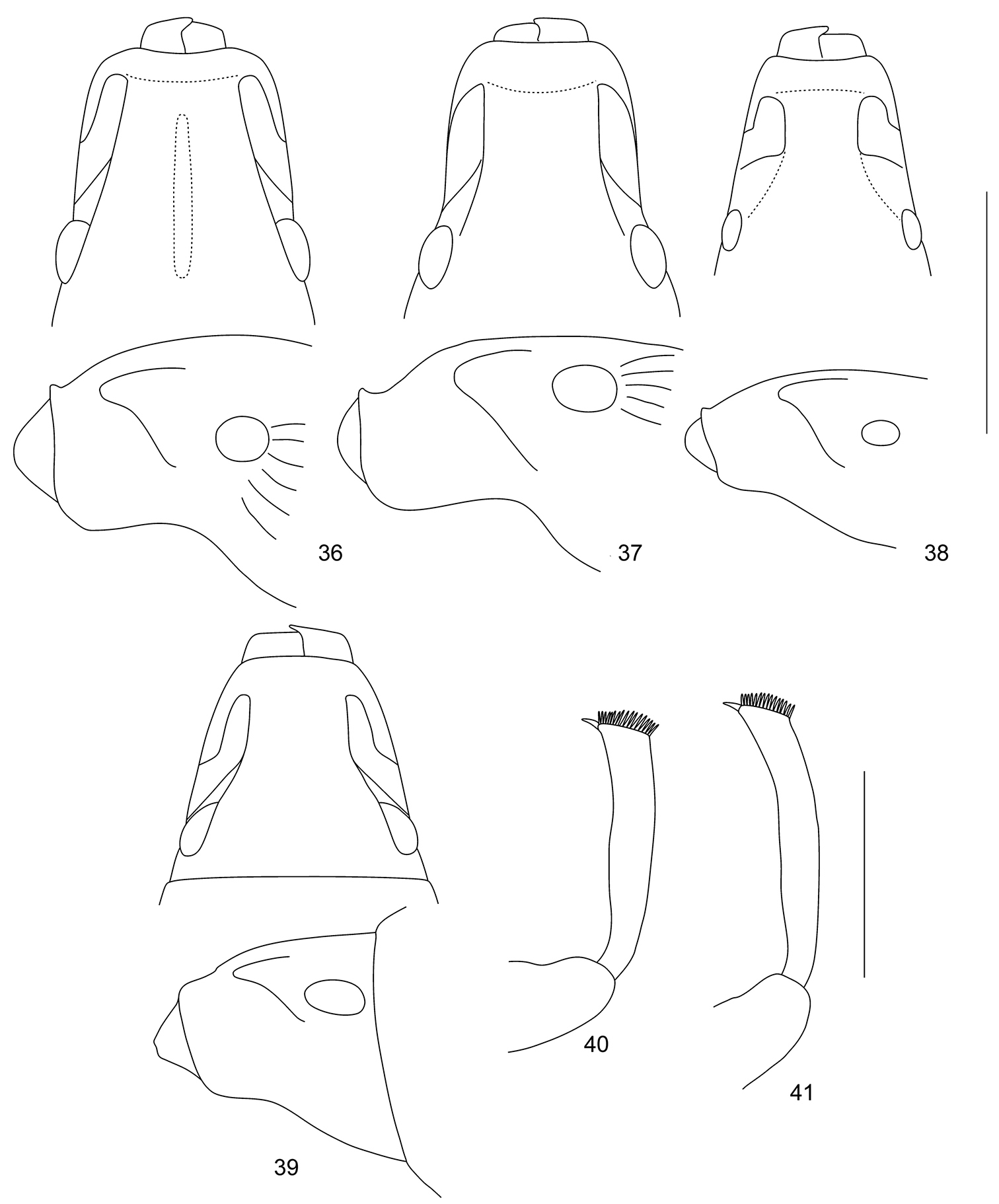 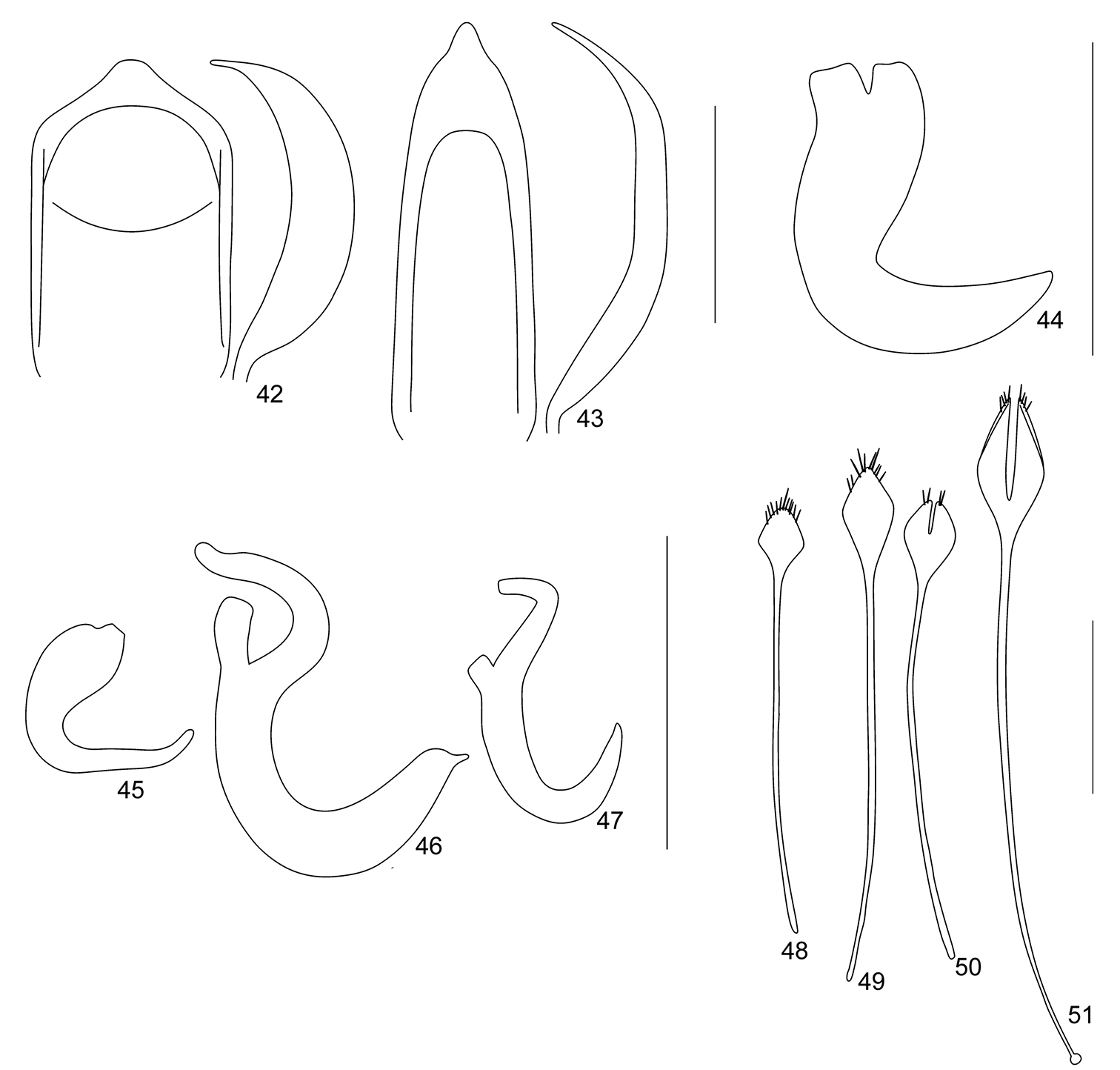