Description. Colonies delicate, coiled in a clockwise manner towards the tip, with a calcareous and delicate holdfast. AXis with a maXimum diameter of 0.75 mm. Small polyps, 0.7 to 1.7 mm long ( Fig. 2View FIGURE 2 A,B), disposed in a single line, 1.5–4.0 mm apart. Polyps with more conspicuous sclerites on abaXial and outer lateral sides, more conspicuous distally. Body wall filled with slightly to completely flattened rods, being more flattened on polyp base, tentacles and in adaXial rows, more rounded in abaXial rows. Body wall rods longitudinally arranged and fairly uniform in length, being slightly longer near oral portion, 0.15–0.53 mm long and 0.02–0.06 mm in width ( Figs. 11View FIGURE 11 A, 12A). Infrabasal sclerites rare or absent, slightly to completely flattened, variable in size, immersed in a dense coenenchyme, appearing as a naked base. Tentacular rods homogeneous in size ( Figs. 11View FIGURE 11 C, 12B), 0.15–0.35 mm long and 0.02–0.03 mm in width, with length equal to or smaller than those from the base, distally becoming rare or absent. Pinnular sclerites also sparse towards the tips of tentacles, 0.1–0.15 mm long and 0.02–0.04 mm in width ( Fig. 11View FIGURE 11 B). AdaXial side of polyps naked or with few conspicuous sclerites. Spaces between polyps completely naked in both polypar and abpolypar faces of the colony. Coenenchymal sclerites rare or absent. When present, coenenchymal sclerites are 8-shaped scales.

Comparisons. Radicipes challengeri  is one of the species in the genus having few sclerites, but not essentially absent as in R. spiralis  , and has the smallest polyps of those in the genus. Morphologically, the most closely-related species is R. kopelatos  (southwestern Atlantic), but the species described here is distinguished from R. kopelatos  by showing rare or no coenenchymal sclerites, by not having rods in the body wall in the coenenchyme between polyps, and less conspicuous and more flattened body wall rods. Young parts (terminal portions of branch) in R. gracilis  might be confused with colonies of R. challengeri  by showing inconspicuous sclerites in the body wall of polyps.

There are no recent eastern Atlantic records of R. challengeri  , but it is possible that most of the records published as Radicipes sp.  belong to this species (see Distribution section under genus Radicipes  ). It remains to be determined which species correspond to the West African record (see Fig. 3View FIGURE 3).

It is not unusual to find amphi-Atlantic coral species, especially in groups restricted to deep waters. Known eXamples that demonstrate this geographic pattern include scleractinians (Cairns & Chapman, 2001), octocorals (Pires & Castro, 2010) and possibly chrysogorgiids ( Grasshoff, 1981; Cairns, 2001). Braga-Henriques et al. (2013: 4024) also argued that 35 % of the deep-water coral species occurring in the central northeast Atlantic (Azores) have amphi-Atlantic distributions; these authors found depth-related trends of faunal change in their dataset, i.e. the proportion of amphi-Atlantic species increased from 19% at at 100–600 m to 23% at the 1000–1500 m. The scarcity of data makes it difficult to understand how these populations were connected in the past. Lastly, as occurs in the scleractinian Lophelia pertusa  (see Goff-Vitry et al., 2004), it is even possible that eastern and western Atlantic populations of R. challengeri  form a compleX of cryptic species. 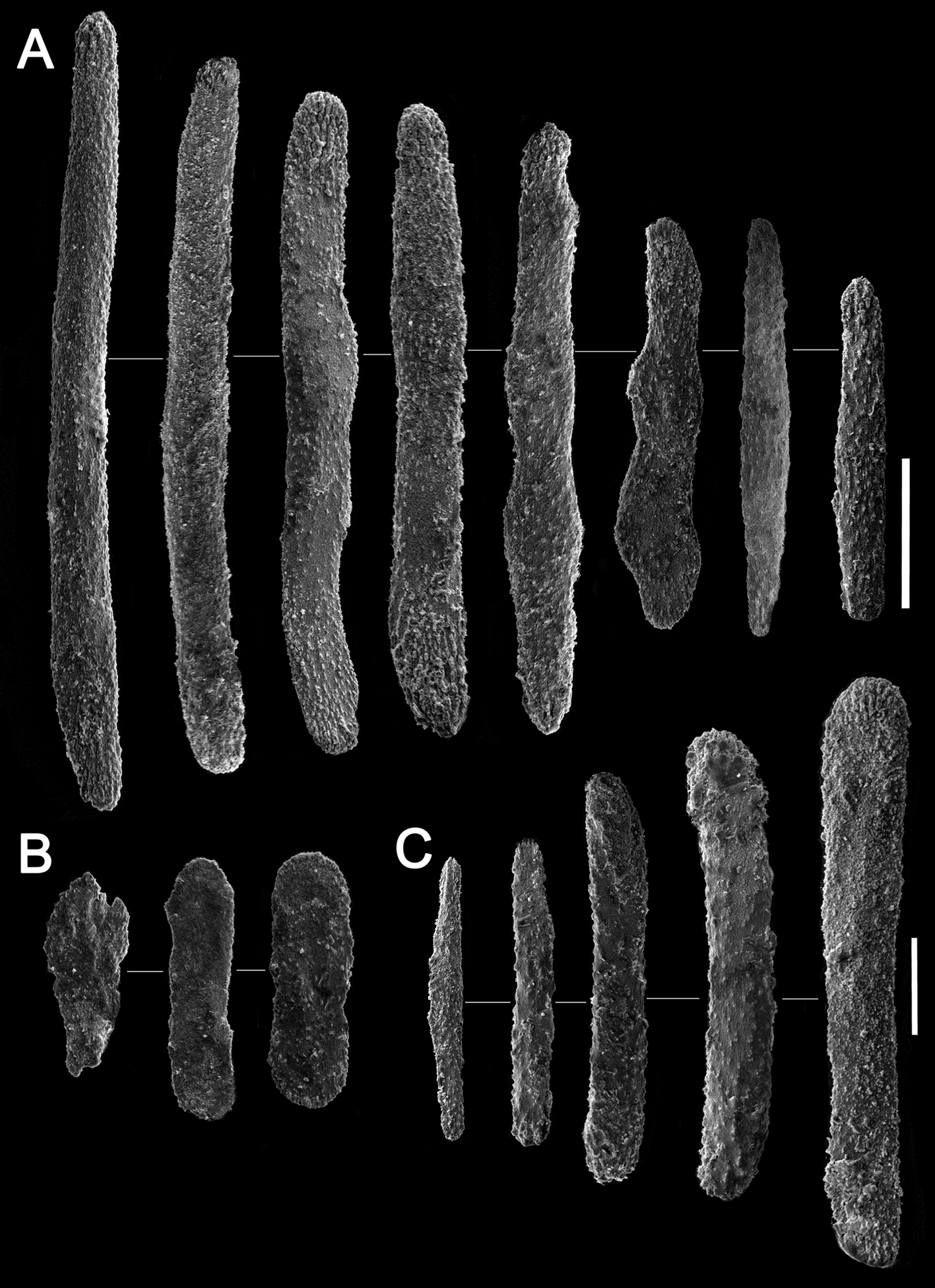