Chrysogorgia ("group C, Squamosae typicae") with a biflabellate colony and a short main stem. Polyps 3-5 mm tall. Scales smooth and thin in the basal part of polyps body with various shape, up to 1 mm long. Scales in the upper part of polyps of various shapes, converged to form an inconspicuous and blunt point at the base of a naked tract below each tentacle. Scales bluntly lancet-shaped, often with numerous coarse granules, longitudinally arranged around both sides of each naked tract. Scales irregular and coarse, usually with lobed edges in the back of tentacles. Scales of coenenchyme slipper-shaped with a medial contraction. Nematozooids absent from coenenchyme.

Found only from the Kocebu Guyot in the Magellan seamounts with water depth of 1669 m.

Colony attached to a rocky substrate with a small holdfast ( Fig. 4B View Figure 4 ).

Both Chrysogorgia binata sp. nov. and C. electra have a biflabellate colony. However, the new species differs from the latter by its larger polyps (3-5 mm vs. generally 1.75-2.00 mm in height), eight short and blunt points beneath the tentacles (vs. inconspicuous), scales of various shapes with low and broad marginal lobes in the body wall (vs. elongate with narrow prominent marginal lobes), scales mainly slipper-shaped in coenenchyme (vs. elongate tapered with prominent marginal lobes) ( Bayer and Stefani 1988). Chrysogorgia binata sp. nov. differs from C. scintillans by its larger polyps (3-5 mm vs. up to 2.8 mm in height), larger sclerites in the body wall (maximum length 0.93 mm vs. 0.65 mm), scales in the upper part of polyps (irregular and usually with sharp end vs. regular and usually with smooth end), scales around the sides of each naked tract (lancet-shaped and usually with coarse granules vs. twisted, flat and often lobed) ( Bayer and Stefani 1988, Cairns 2018). 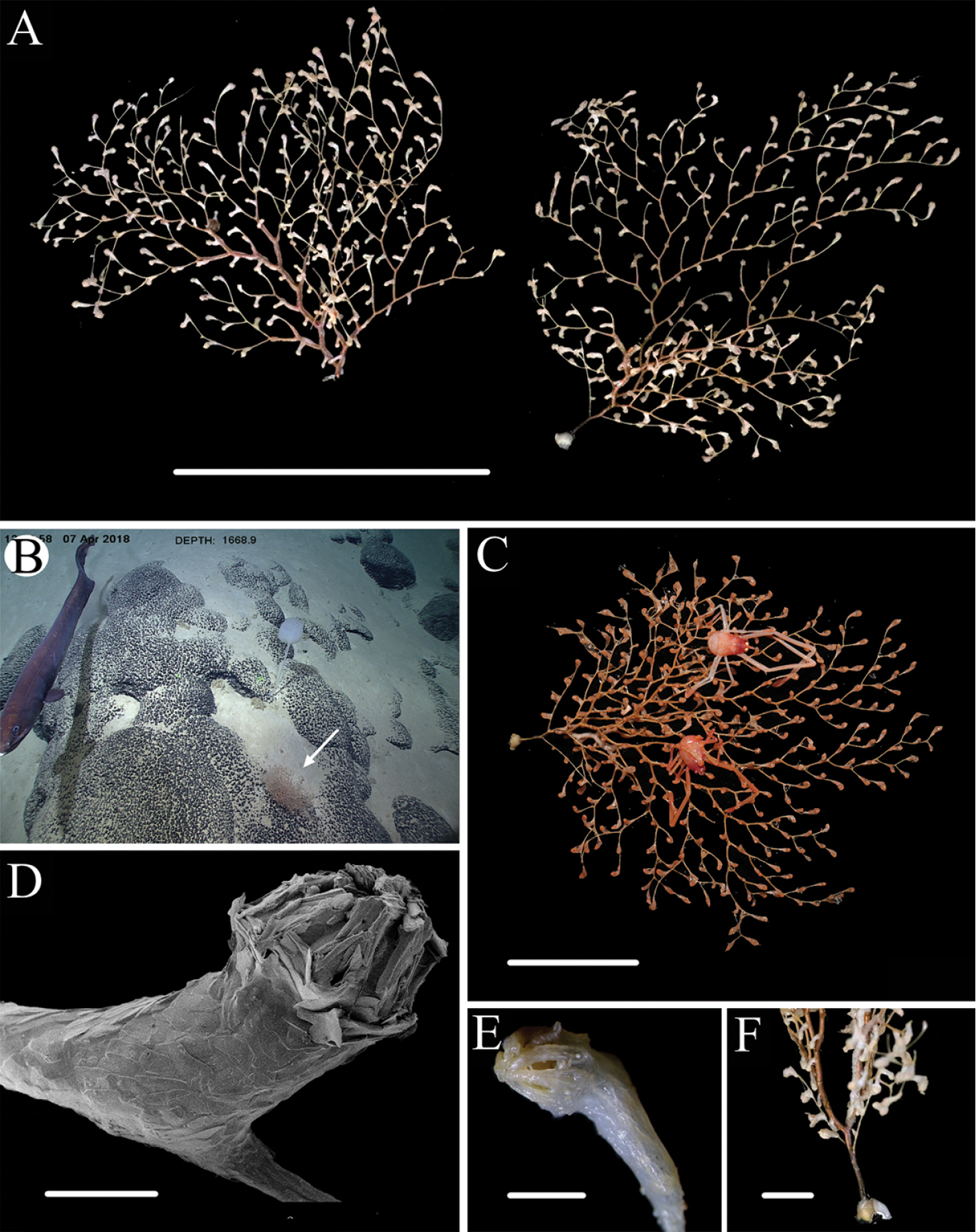 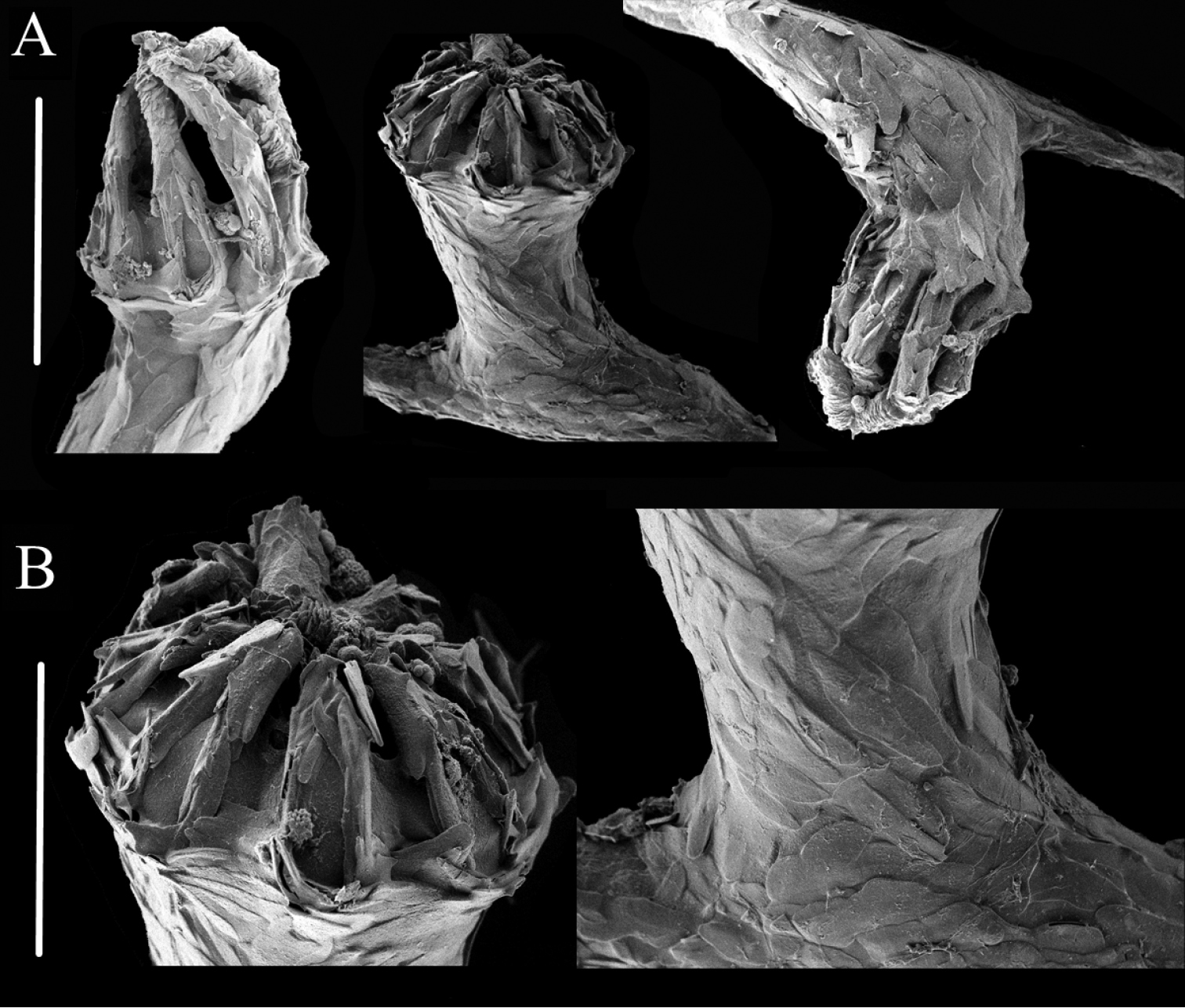 Figure 5. Polyps of Chrysogorgia binata sp. nov. A Three polyps under SEM B Head and body of one polyp under SEM. Scale bars: 2 mm (A); 1 mm (B). 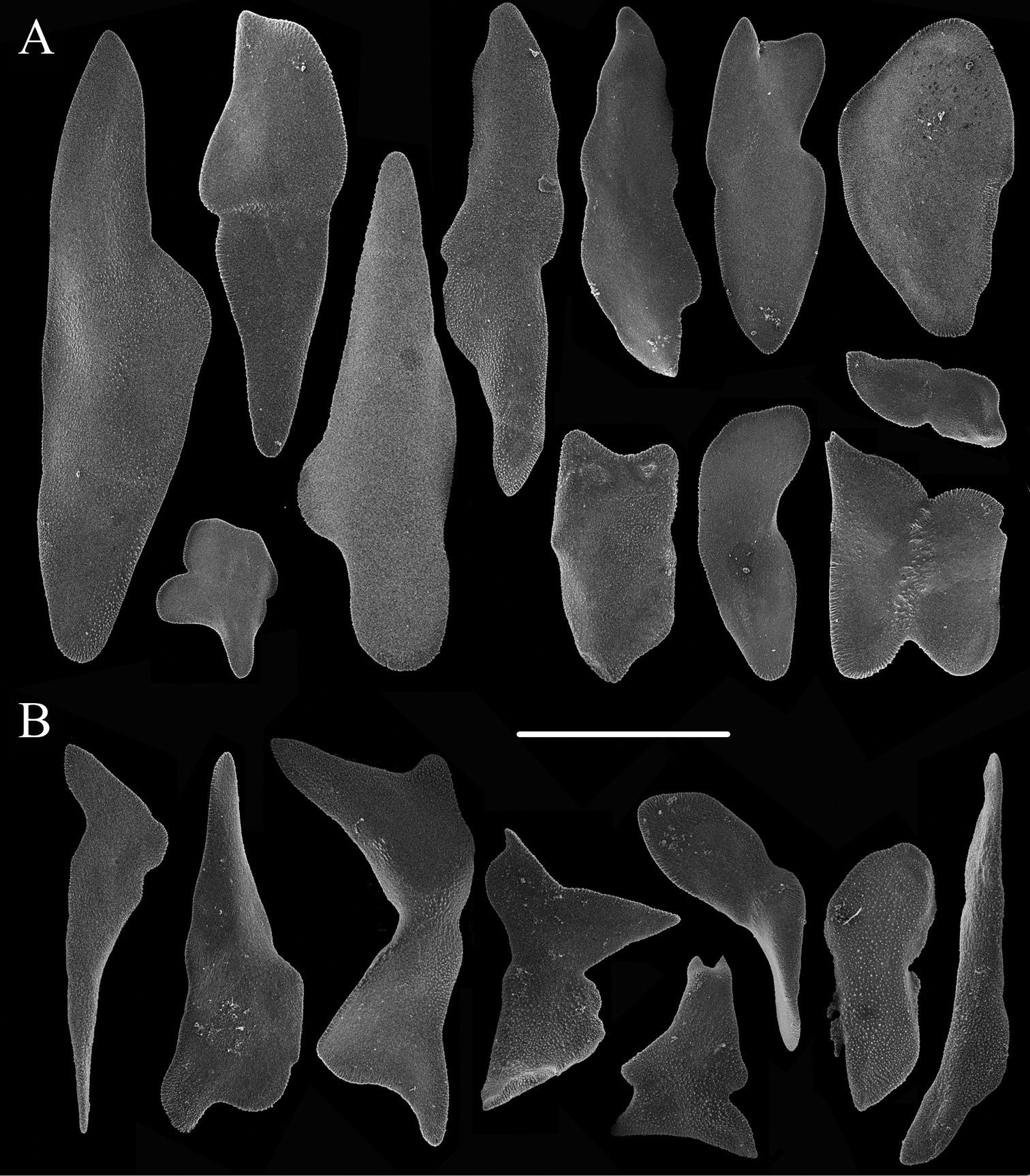 Figure 6. Sclerites of Chrysogorgia binata sp. nov. A Sclerites in the basal part of the polyp body B Sclerites in the point at the base of a naked tract below each tentacle. Scale bar: 300 μm (all at the same scale). 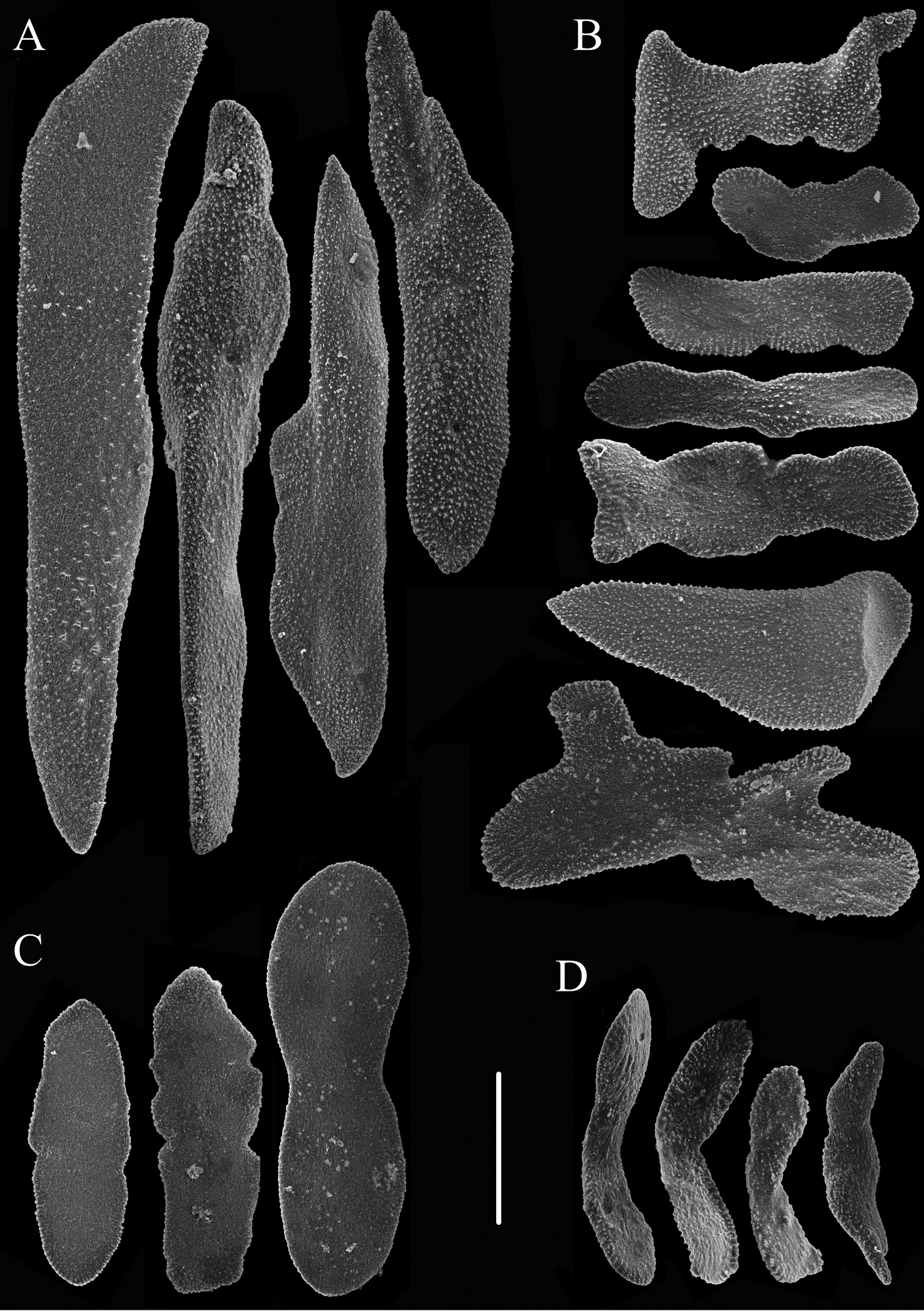 Figure 7. Sclerites of Chrysogorgia binata sp. nov. A Sclerites around the sides of each naked tract B Sclerites in the back of tentacles C Sclerites of the coenenchyme D Sclerites in pinnules. Scale bar: 100 μm (all at the same scale).