The species name is a compound adjective, derived from the Greek words ‘ brachy ’, meaning ‘broad’, and ‘ dactylus ’ meaning ‘finger’, hence ‘broad-fingered’. Although unspecified, the species name, evidently refers to the appearance of the pedipalps.

STERNUM. Tritosternum projected anteriorly with typical setation, long, surpassing base of pedipalp coxae ( Fig. 108B View Fig ); other sternal platelets narrow and concave, with pair of setae anteriorly on plaque and some smaller setae posteriorly; pentasternum with four setae anteriorly and four setae near membranous region.

Restricted to the Philippines.

Found inside and outside caves.

Another specimen, deposited at ZMH and labelled “ paratype ”, is unlikely to be part of the original syntype series for the following reasons. The ZMH material contains a label on which is written “E. Simon, 17 Nov. 1894 ”, indicating the specimen was examined by Simon in 1894, two years after the publication of the species. The sinistral pedipalp and some legs are detached from the ZMH specimen, which differs from other material of S. brachydactylus in the following respects: pedipalp femur with large spine between dorsal spines 1 and 2, two-thirds length of spine 1, medium-sized spine between dorsal spines 2 and 3, three prominent setiferous tubercles proximal to dorsal spine 1, dorsal setiferous tubercles aligned, and large spine proximal to ventral spine 1; pedipalp patella with four ventral spines and spine between spine I and 4; pedipalp tibia with three long setae between distal spine and distal margin; leg IV basitibia trichobothrium bt situated medially. Fig. 103. Map plotting known distributions of species of Sarax Simon, 1892 in Southeast Asia and Oceania, with insets for Singapore (A), eastern Borneo (B), and western West Papua (C). 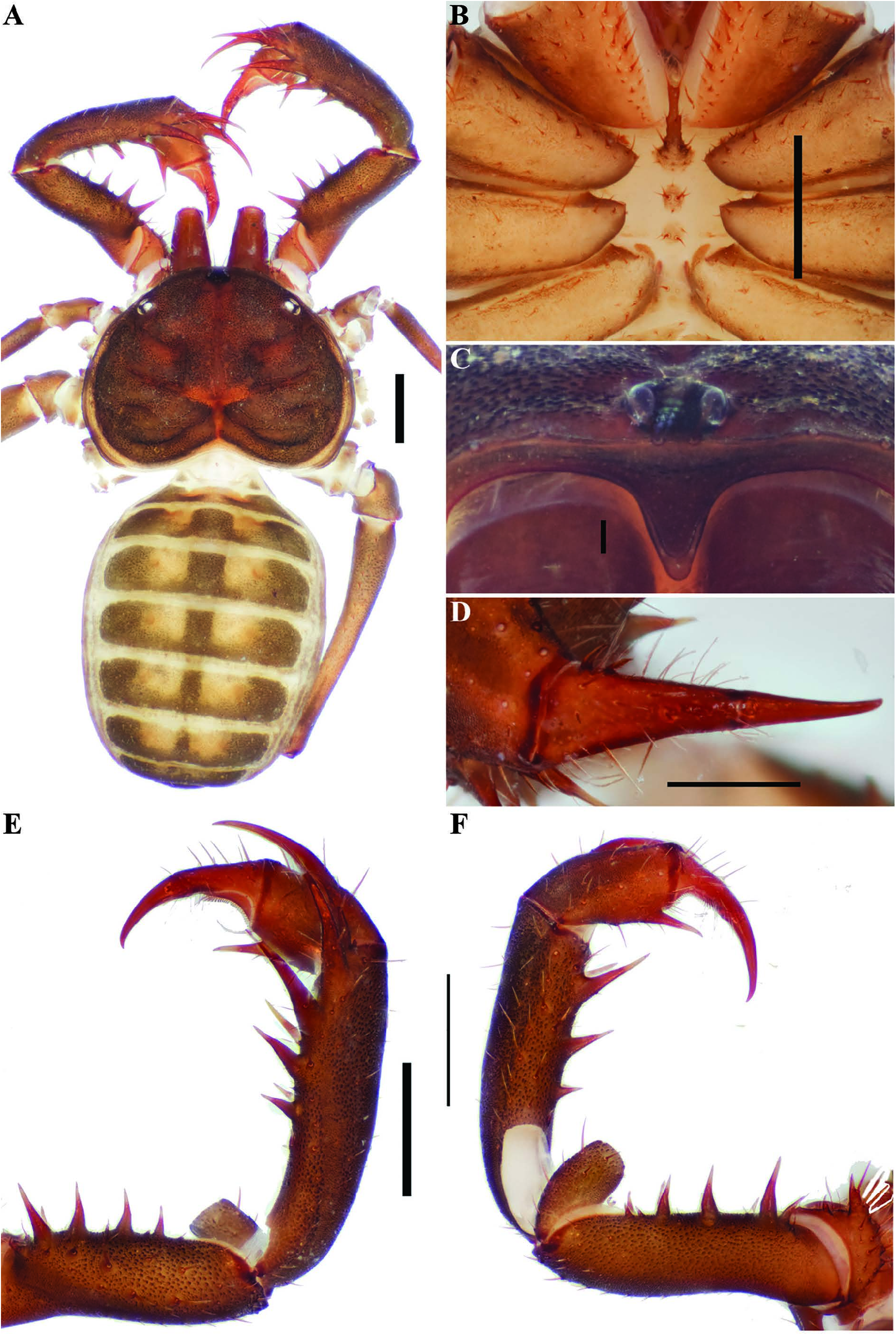