Noun in apposition taken from the type locality.

Armas et al. (2012) recorded several juveniles and/or poorly preserved specimens of Charinus from different localities in Colombia and provided photographs of the first charinid specimens recorded from the country. Armas et al. (2012) could not precisely identify the Charinus species due to the poor preservation of the material, and suggested the specimens resembled C. acosta . The specimen from the Sucre Department was excluded from the map because a precise locality was unavailable. However, C. rocamadre is also known from Sucre and differs from C. acosta in the development of the median eyes, which are absent in C. rocamadre , but present (although reduced) in C. acosta .

The holotype and only known specimen lacks leg I. 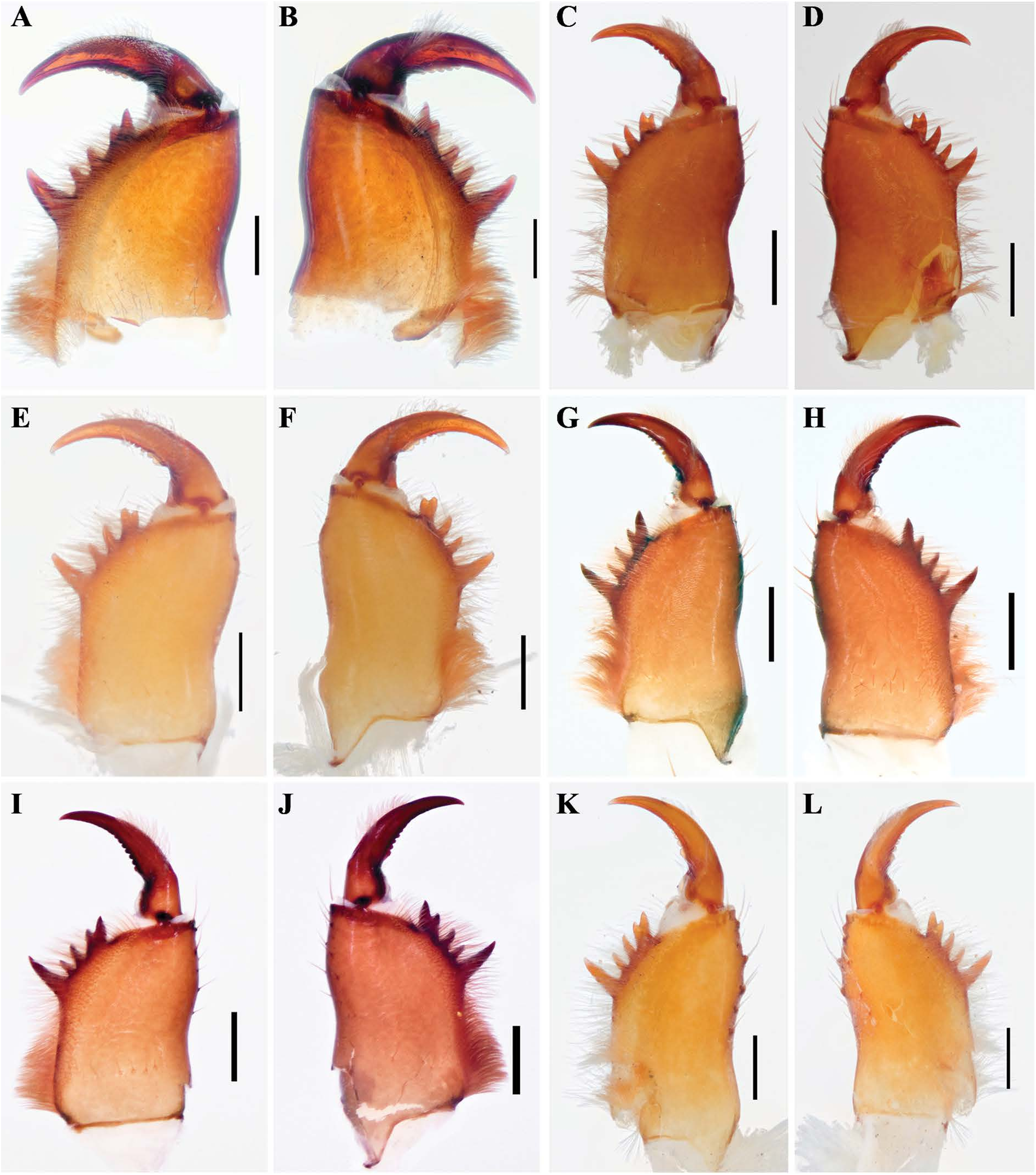 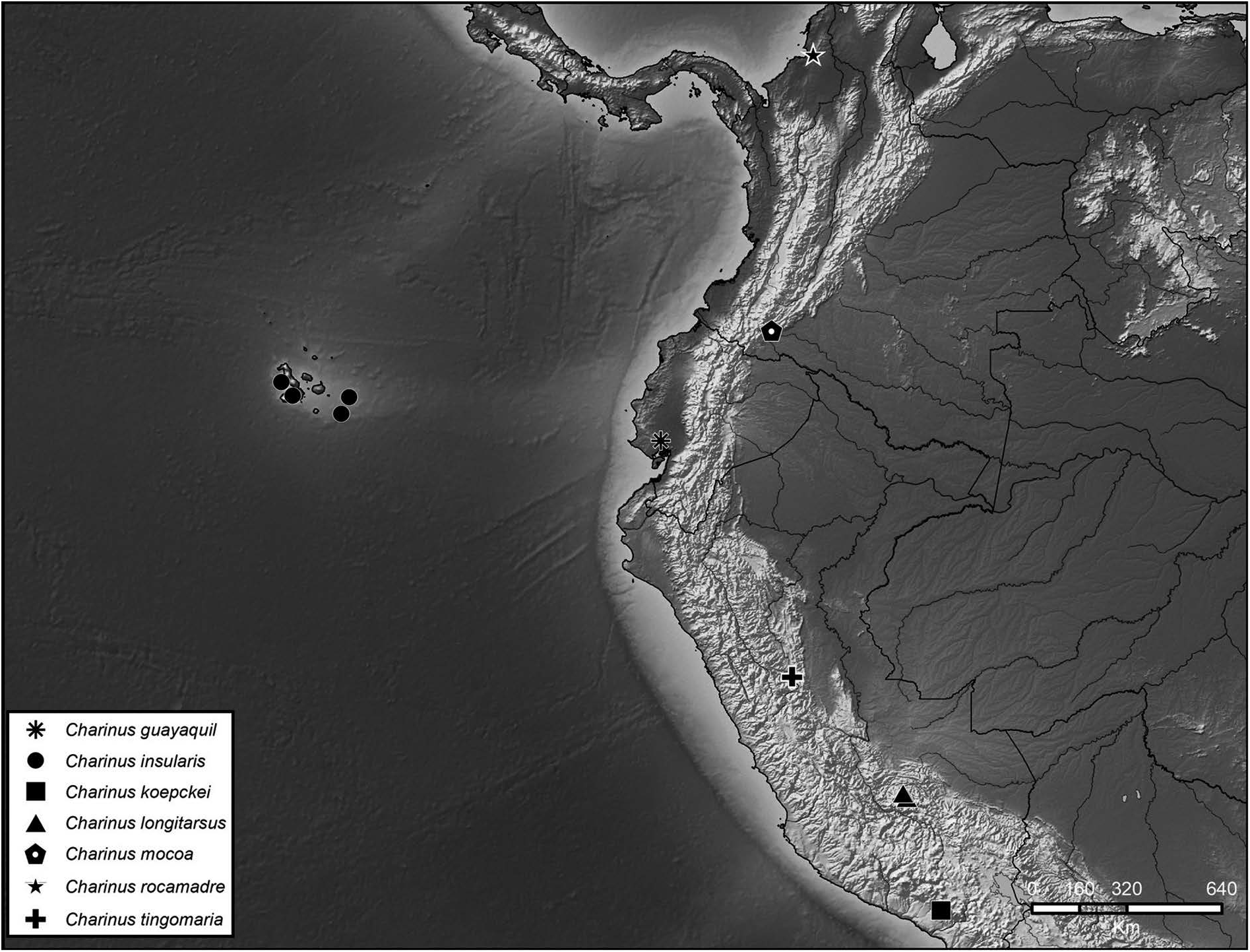 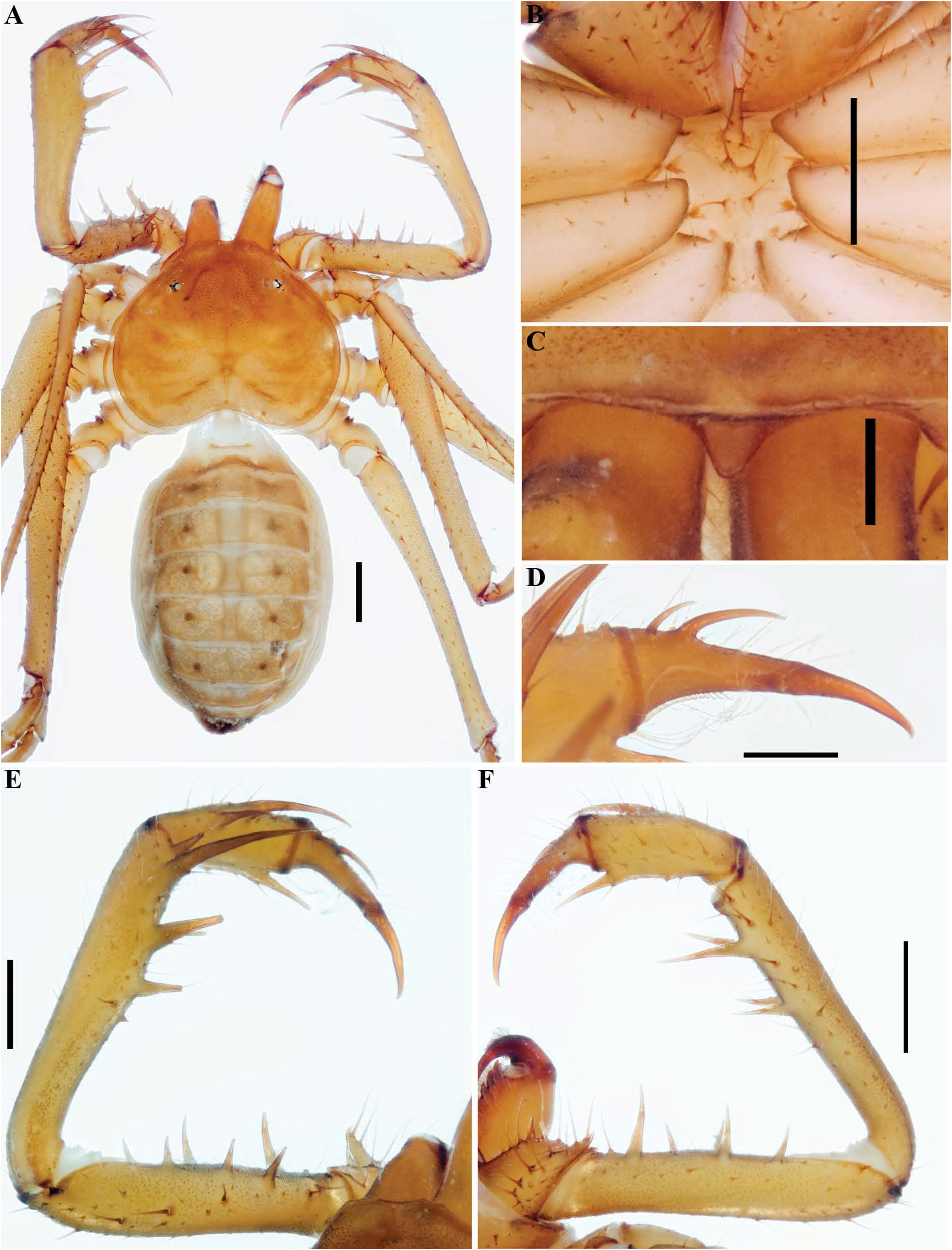