A mitochondrial CO1 sequence from one larva (DEI-GISHym12639) corresponded closely (maximum divergence 0.5%) with sequences from T. propinqua imagines (DEI-GISHym20102, DEI-GISHym20103, DEI-GISHym20104, DEI-GISHym20105, DEI-GISHym17738). Nuclear sequences (NaK and POL2) are available only for the specimen sequenced here (DEI-GISHym12639). The sequenced plastid trnL-trnF region (816 bp) from the larval DNA extract confirmed Gentiana as the host. The closest (99-100% similarity) according to NCBI BLAST (https://blast.ncbi.nlm.nih.gov/Blast.cgi) were four species of Gentiana , among them G. asclepiadea . A shorter G. asclepiadea sequence in GenBank (accession AB453085, 387 bp) was identical to our sequence, while a longer one (AJ580515) differed by three substitutions and one deletion over the length of 781 bp (because of apparently numerous sequencing errors at the 3′ end of AJ580515, 21 bp of that sequence were excluded from the comparison).

Gentiana asclepiadea is the first recorded host plant of the hitherto unknown larva of T. propinqua , which is a close relative of T. scrophulariae Linnaeus, 1758. These species have long been known to strongly resemble each other in the morphology of their imagines, but they are distinguishable using some colour characters ( Enslin 1912). Their larvae are also closely similar in general appearance (see the description of a T. scrophulariae larva by Lorenz and Kraus 1957 and below). However, T. scrophulariae has a very different host plant spectrum, which consists mainly of Scrophularia and Verbascum species, but sometimes Buddleja species ( Muche 1962), all of which belong to the Scrophulariaceae.

The feeding habits of Tenthredo propinqua larvae are similar to those of T. atra , i.e. irregularly shaped parts of the leaf-blade are consumed from the edge. But, unlike for T. atra , we did not observe feeding on the inflorescences by T. propinqua . The largest full-grown larvae are 22-25mm long, which is about the same as given by Lorenz and Kraus (1957) for T. scrophulariae . 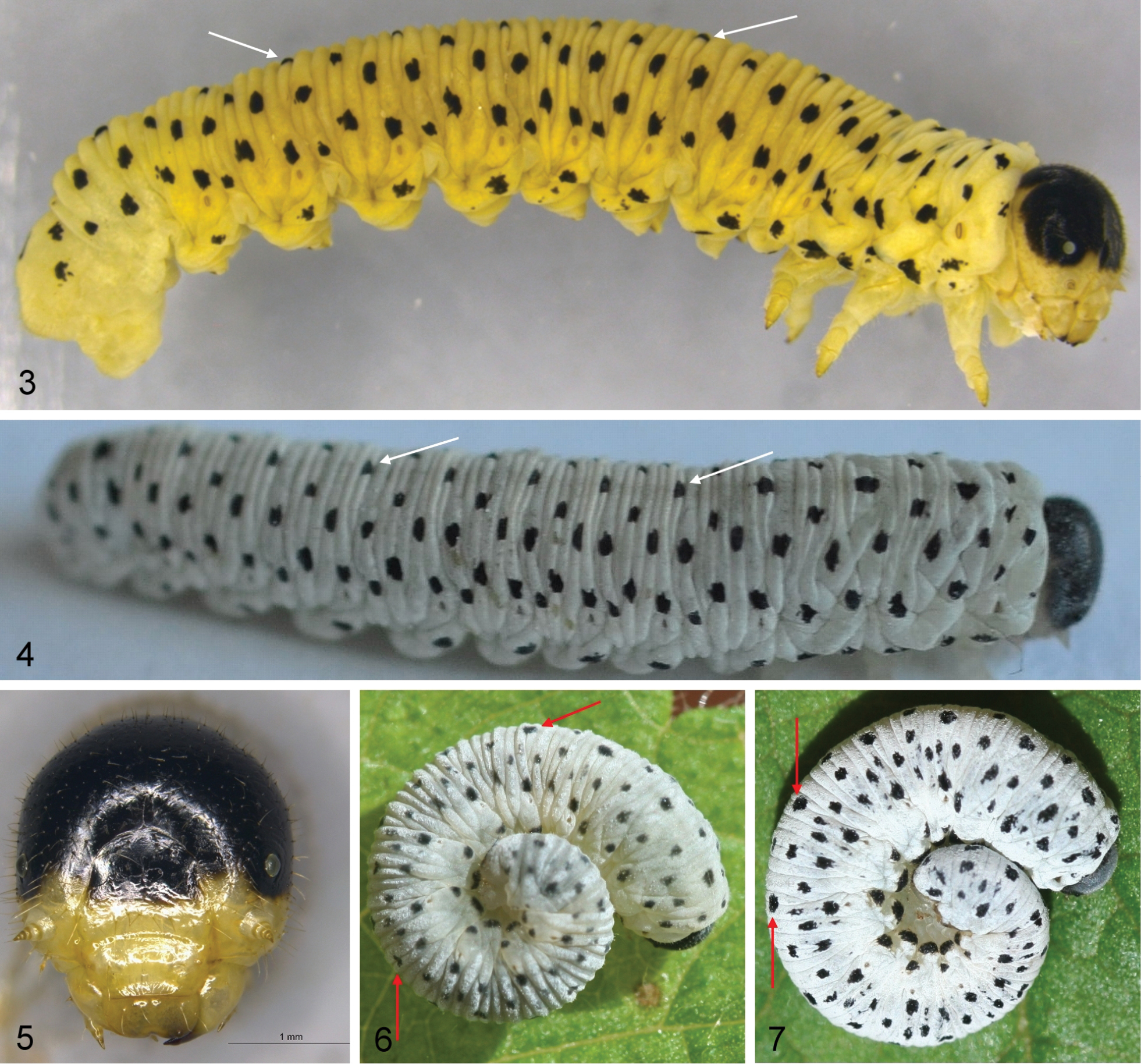