Remarks. Originally, in the first full version of our manuscript, this small but distinctive species group was named as epicosma  group. However, at a final stage of our manuscript correction, the name “ epicosma  group” was applied to almost all Andean Stigmella  by van Nieukerken et al. (2016). We contend that such a large artifical group is not supported neither by morphological nor other data, and therefore this classification is rejected. Therefore, to avoid any misundersandings, we have abstained from further use of the term epicosma  group and for publication we re-named our group as the schoorli  group. 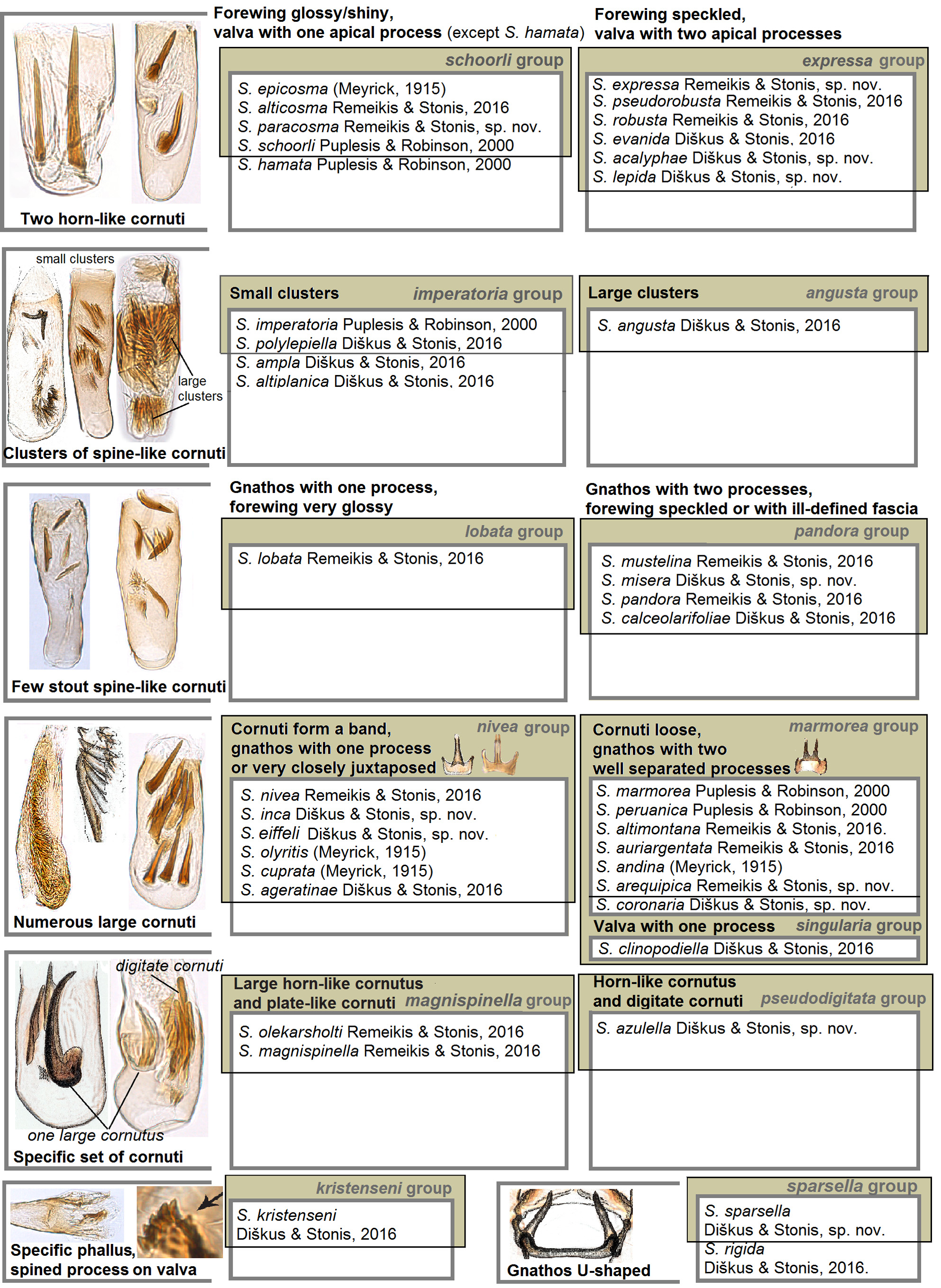