Schaus (1905) described F. magniplaga   from French Guiana (♂ type USNM) and the type is illustrated by Schintlmeister (2016) and USNM (2020). Subsequently, Druce (1911) described F. xenopitha   from Caparo, Trinidad, and a single male type from Cuparo (an alternative spelling of Caparo in material from the beginning of the last century) is in NHMUK. It resembles ♂ 1 in Fig. 7 View FIGURE 7 , but is paler. This record was repeated by subsequent authors.

In their catalogue of Trinidad moths, Kaye and Lamont (1927) appear to have overlooked Druce’s description as they do not include F. xenopithia   , but they do include F. moresca Schaus, 1910   (type USNM, ♂ Costa Rica), citing a specimen from St. Ann’s in NHMUK. Farigia moresca   is now treated as a synonym of F. vecina Schaus, 1901   (type USNM, ♀ TL Mexico) ( Schaus 1928). I located the St. Ann’s specimen in NHMUK, and considered it, along with other material from Trinidad to represent a single phenotypically variable species, which at that time I identified as F. xenopithia   by comparison with the type.

Within the Trinidad fauna, this variable species is quite distinctive and can be recognised by the mostly mottled green dorsal forewing, which may or may not have a white postdiscal band or a black streak from the base to the submarginal area, the hindwing is uniformly brown on the dorsal and ventral surfaces. In Trinidad, F. magniplaga   is an occasional species found in forested areas, with most records from the north of the island. It has not been recorded from Tobago ( Cock 2017). 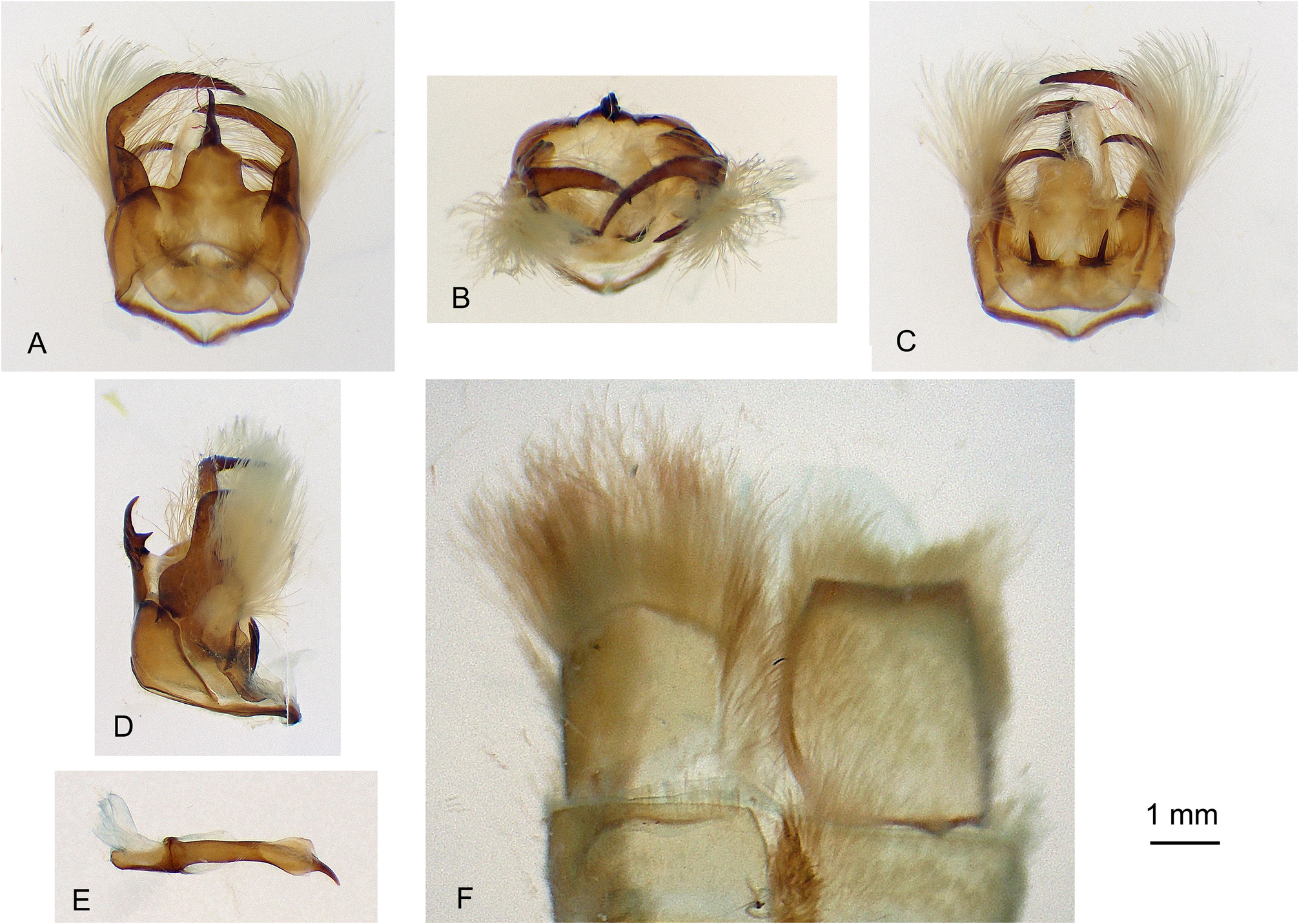 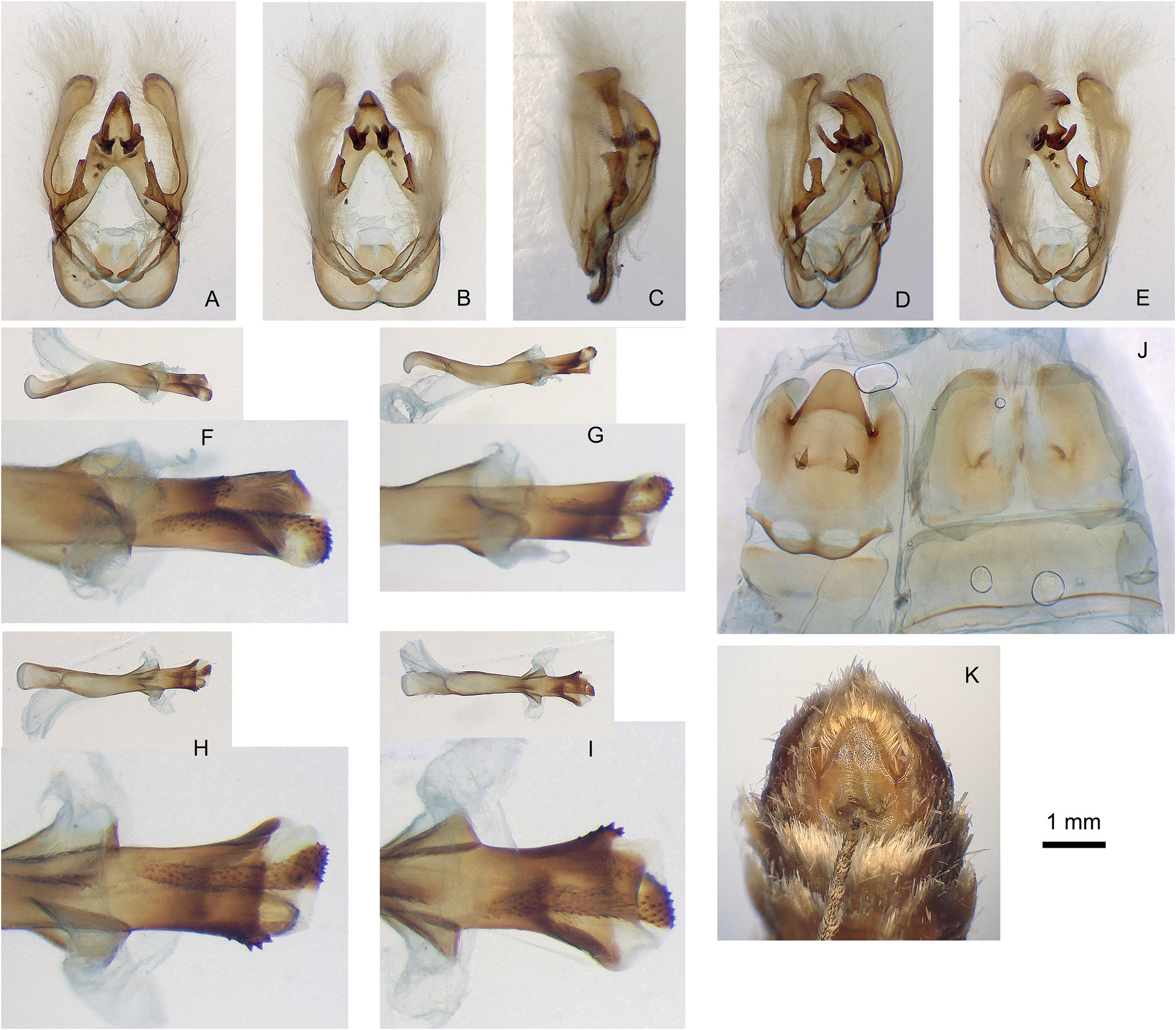