Flowering and fruiting probably occurring throughout the year but with some peaks; herbarium samples provide the following data: flowers from December to August, fruits from January to August.

New Caledonia, endemic to Loyalty Islands; known only from Ouvéa, Lifou and Maré islands (Figure 1 View Figure 1 ). Not recorded on the smaller islands of Beautemps-Beaupré, Tiga and Walpole.

Using the categories and criteria of IUCN (2001), we propose for Santalum austrocaledonicum var. glabrum the IUCN Red List Category Vulnerable (VU): B (1+2) ab (iii,v). Its population size is estimated at more than 10,000 mature individuals (excluding criteria C and D) with an extent of occurrence around 8,000 km² and an area of occupancy around 1,000 km². Criteria A can not be used due to lack of knowledge of generation length and magnitude of population size reduction. Three locations (one per island) can be distinguished without any fragmentation. A continuing decline is observed and projected in terms of habitat quality and number of mature individuals due to harvest, competition with invasive plant species ( Schinus terebenthifolius Raddi, Pluchea odorata (L.) Cass., Lantana camara L.), hybridization with other Santalum austrocaledonicum varieties used in plantations, and changes in the traditional agricultural system (less cultivated fields, short fallows...). Indeed, despite provincial regulations establishing quota and exploitability criteria, illegal logging is still occurring ( Butaud et al. 2013) whereas hybridization is suspected due to sandalwood interspecific crossability ( Tamla et al. 2012).

Santalum austrocaledonicum var. glabrum is the sole native sandalwood in the Loyalty Islands. Nevertheless, two other varieties have been introduced for plantation purposes, mainly in Maré and Lifou: var. pilosulum from Ouen Toro in Nouméa, and var. austrocaledonicum from Isle of Pines. These plantations can be considered a risk for the Loyalty variety because of hybridization and subsequent introgression. Plantations with exotic varieties should be discouraged to preserve the Loyalty sandalwood’s morphological, genetic, sylvicultural and chemical specificities ( Bottin 2006, Bottin et al. 2007, Butaud et al. 2013, Ehrhart 1998). On the other hand, the sustainable exploitation of natural stands of Loyalty Islands sandalwood is becoming increasingly difficult with the lack of regeneration and the increasing international demand for sandalwood essential oil. Well-managed plantations with variety glabrum could be promoted to preserve the natural stands, to develop the Loyalty sandalwood sector, and to increase the production of heartwood and essential oil ( Butaud 2011, Butaud et al. 2013).

The taxonomy of Santalum austrocaledonicum still needs to be further investigated. Indeed, the study of herbarium samples of var. austrocaledonicum and previous molecular and morphometric studies ( Bottin 2006, Bouvet et al. 2005) showed significant variability. It is expected that future work supported by increased surveys and sampling of northern Grande-Terre sandalwood could reveal one or two new varieties, including one on Isle of Pines (taxon previously described as Santalum homei Seem.). Moreover, two new endemic varieties of Santalum austrocaledonicum are expected based on the recent study of Millet et al. (2012) on the genetic structure of Vanuatu sandalwood, one for the northern islands and one for the southern islands. 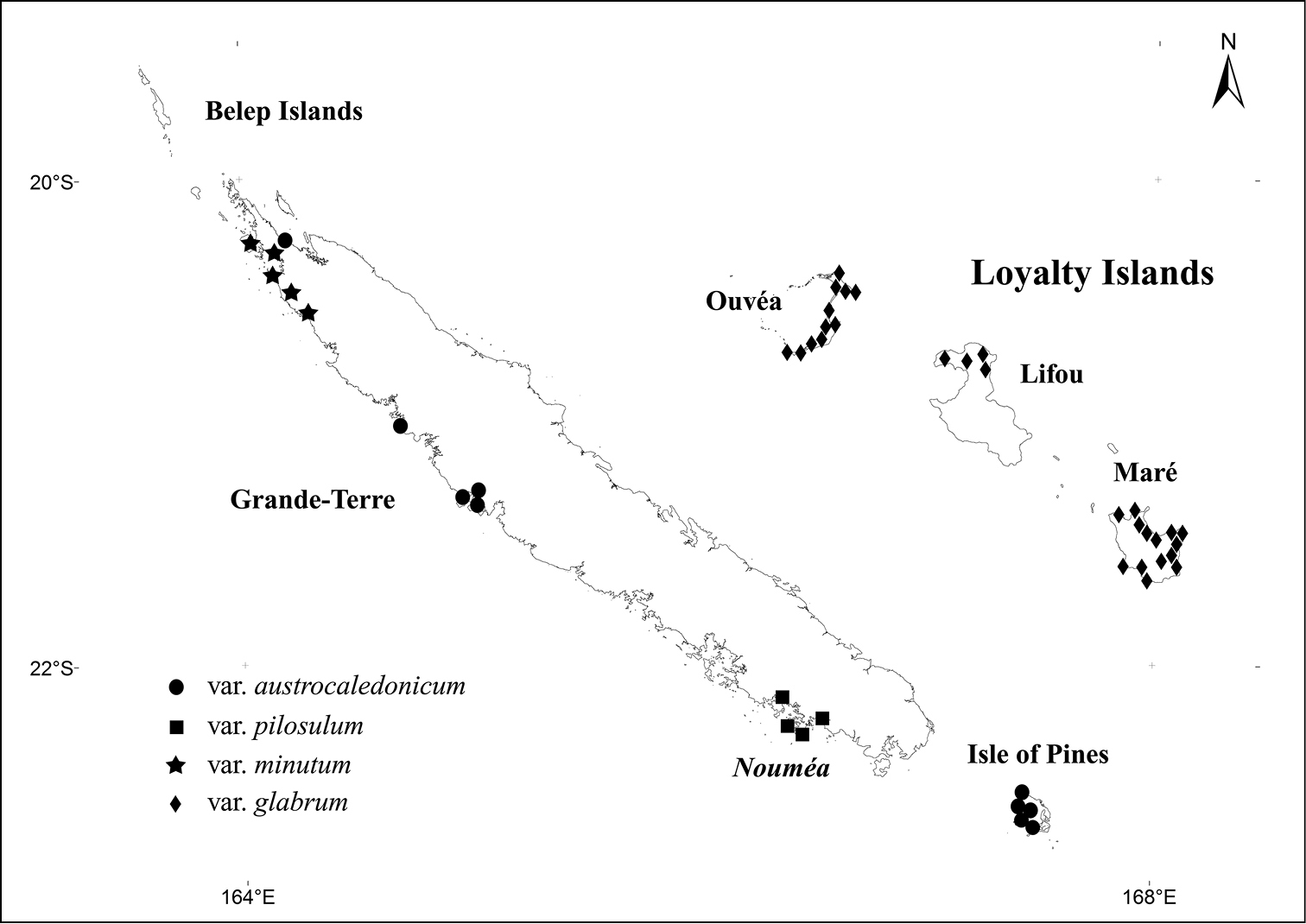 Figure 1. Distribution map of New Caledonian varieties of Santalum austrocaledonicum based on the specimens examined.