In the original description of M. latreillii, Robineau-Desvoidy (1830)  states that the original material for this species is from Nova Scotia and deposited in the Dejean collection. It appears, however, that the type (s) are now lost or destroyed (A.C. Pont, pers. comm.).

Head: Background color black, parafacial dusted silver, gena dusted silver to brownish; eye sparsely haired; distance between eyes 1.2–1.3 x distance between the outer margins of the posterior ocelli; frons with 8–10 fine black medioclinate fr, usually 2 strong proclinate orb, surrounded by many fine proclinate, reclinate or medioclinate orb 0.5 x the length of larger orb and extending half of the way down the frons; tuft of short black setae posterior to ocellar triangle, 1 i vt and 1 pavt both convergent; palpus ranging in color from orange to black, 7.0x as long as wide; pedicel dark orange to brown, haired and with 2 setae, more than 2.0x length of others; first flagellomere 3.5–4.5 x as long as wide and ranging in color from orange to black; basal half of arista thickened and often yellow; prementum haired and glossy, 2.0x as long as wide.

Thorax: As in male.

After examination of all available material of M. latreillii  and M. alascensis  , specimens with intermediate features as well as both extremes of the variability spectrum were found and therefore the color of the first flagellomere and palpus appear to be variable features. There is a visible transition in these structures from orange in Manitoba to black in British Columbia. The area between these provinces is where the majority of specimens with the intermediate states were found. Mesembrina alascensis  was described entirely from females but we discovered two males from British Columbia with black first flagellomere and palpus that seemed conspecific. The genitalia of one male were examined and are virtually identical to those of M. latreillii  from Quebec. Consequently, we agree that the treatment of M. alascensis  as a junior synonym of M. latreillii  by Huckett (1965 a, 1965 b) was fully justified. 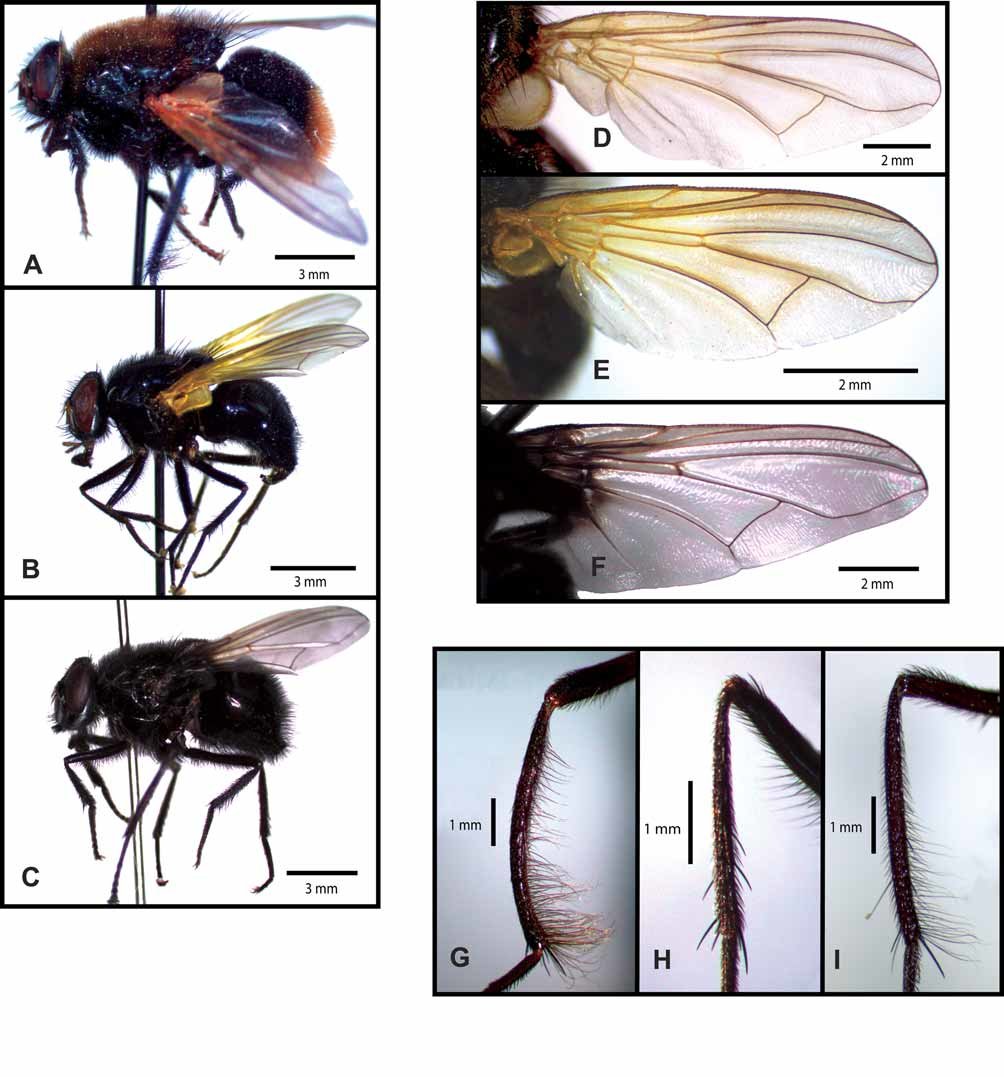