This species is morphologically similar to P. armatus (Fig. 1D-F View Figure 1 ), but it is distinguished from it by the disposition of the elytral tubercles. In P. armatus , these are arranged in two longitudinal rows on the disc, one near the suture and the other near the elytral slope. In P. cristinae sp. nov., the tubercles are arranged as follows: on the basal half near the suture, three moderately prominent tubercles are arranged forming a triangle; on the apical half, there are five moderately prominent tubercles, with four of them forming a square.

This species is dedicated to Cristina Mayorga, who collected the holotype, in recognition of her long career in entomology in Mexico. 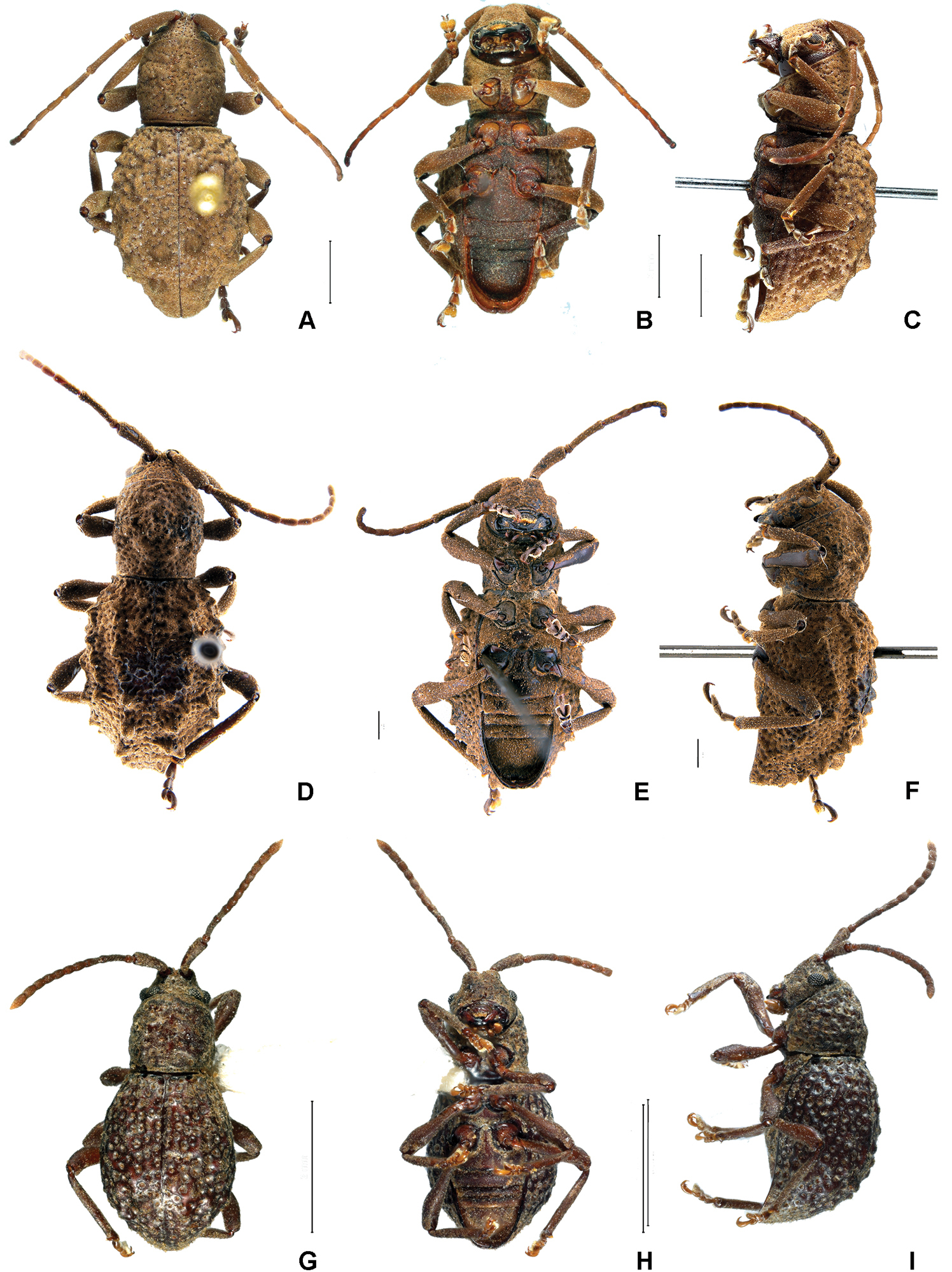