Diagnosis. General coloration reddish with black markings. Body covered with short, erect, stiff setae, except on membrane of hemelytra. Hemelytra black, except base and distal third of corium and base of clavus which are reddish. Labium yellow; coxae reddish; trochanters darkened; femora black, each with a subapical yellowish broad ring with a very narrow, brown annulation; tibiae black with apical and subapical yellowish annuli. Connexivum visible in dorsal view.

FEMALE. Total length 13.8–15.5 mm. General characters as described for male, except as follows.

Etymology. The epithet refers to Caatinga, an exclusively Brazilian ecosystem from which the species is known.

Distribution and bionomics. The species was recorded at 23 of 24 monitoring points of the artificial transposition of the main course of São Francisco River ( Fig 15View FIGURE 15), which is one of the longest Brazilian rivers, running through five states (Minas Gerais, Bahia, Pernambuco, Sergipe and Alagoas). Observed specimens were distributed in Caatinga vegetation and were active throughout the year. Specimens were usually collected on Cleome spinosa Jacq.  ( Cleomaceae  ), a species native to South America, which is found in open areas near rivers, lakes and ponds ( Figs 11–12View FIGURES 11–14).

Pyrrhosphodrus  belongs to a Neotropical clade that contains also the genera Pselliopus Bergroth, 1905  and Cosmoclopius Stål, 1866  ( Zhang & Weirauch 2014), none of which possess sticky glands on the forefemur ( Zhang & Weirauch 2013), which is congruent with previous observations of some species of Pselliopus  and Cosmoclopius  found on sticky plants such as Cleome  (e.g., Cobben & Wygodzinsky 1975). Finding this new species of Pyrrhosphodrus  associated with a sticky plant reinforces the idea that species lacking sticky glands on the forelegs might be associated with plant with glandular trichomes that aid in prey capture ( Zhang & Weirauch 2013).

The species seems to be a generalist predator, because it was observed feeding on different insects that visit C. spinosa  , such as Meliponini bees ( Hymenoptera  ) ( Fig 13View FIGURES 11–14) and Cicadellidae  ( Hemiptera  ). Mating was also recorded on C. spinosa  ( Fig 14View FIGURES 11–14).

Forattini & Serra (1950) presented schematic drawings for the pygophore and aedeagus of P. militaris  . We document the female genitalia of P. caatingensis  sp. nov., the first for any species of Pyrrhosphodrus  . Despite not being able to compare in detail the genitalic structure of P. caatingensis  sp. nov. with P. militaris  or other species, we consider the former as a new species based on its morphology and its particular coloration pattern. Future studies might corroborate this hypothesis with additional data, including genitalic structures. 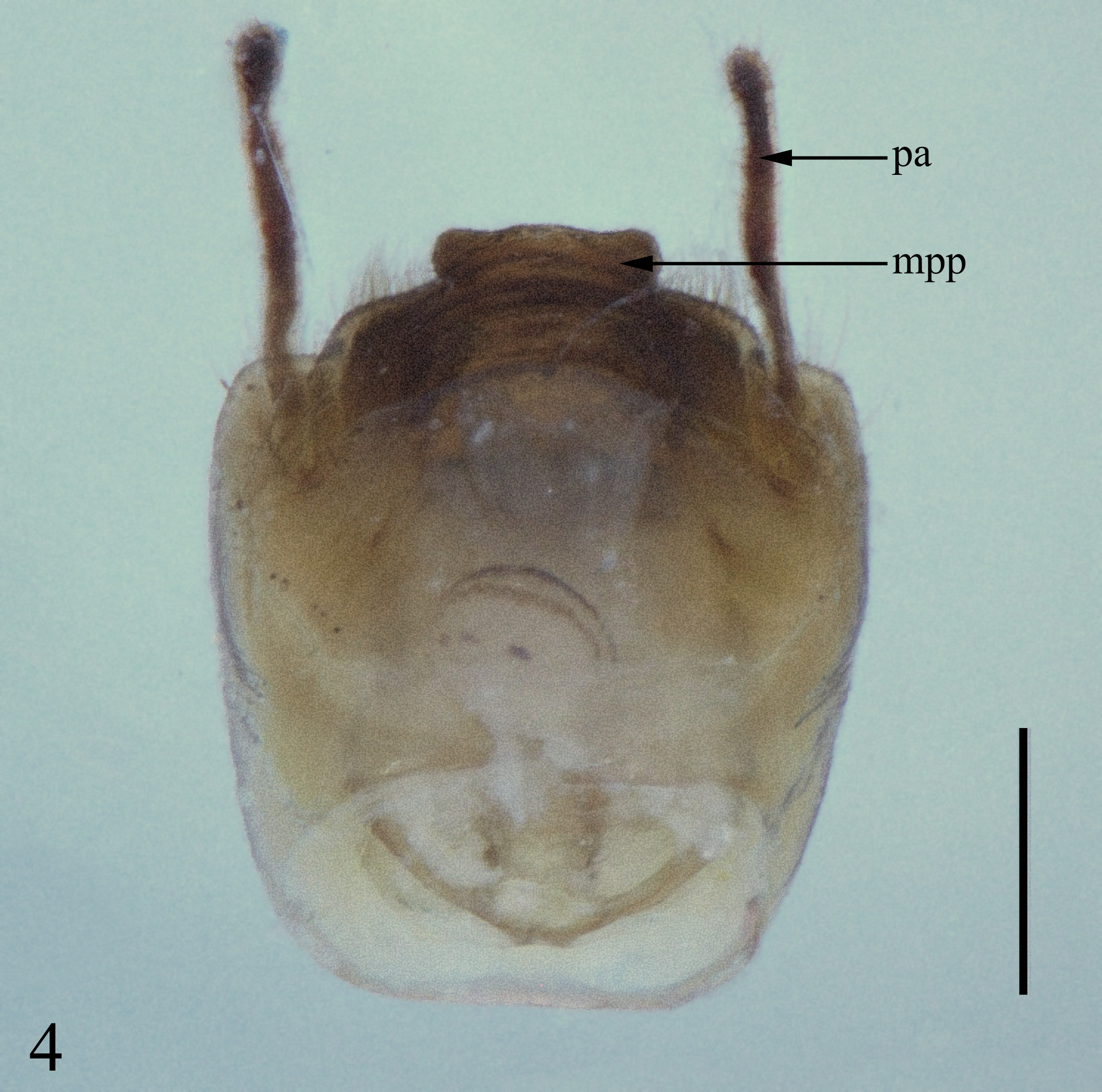 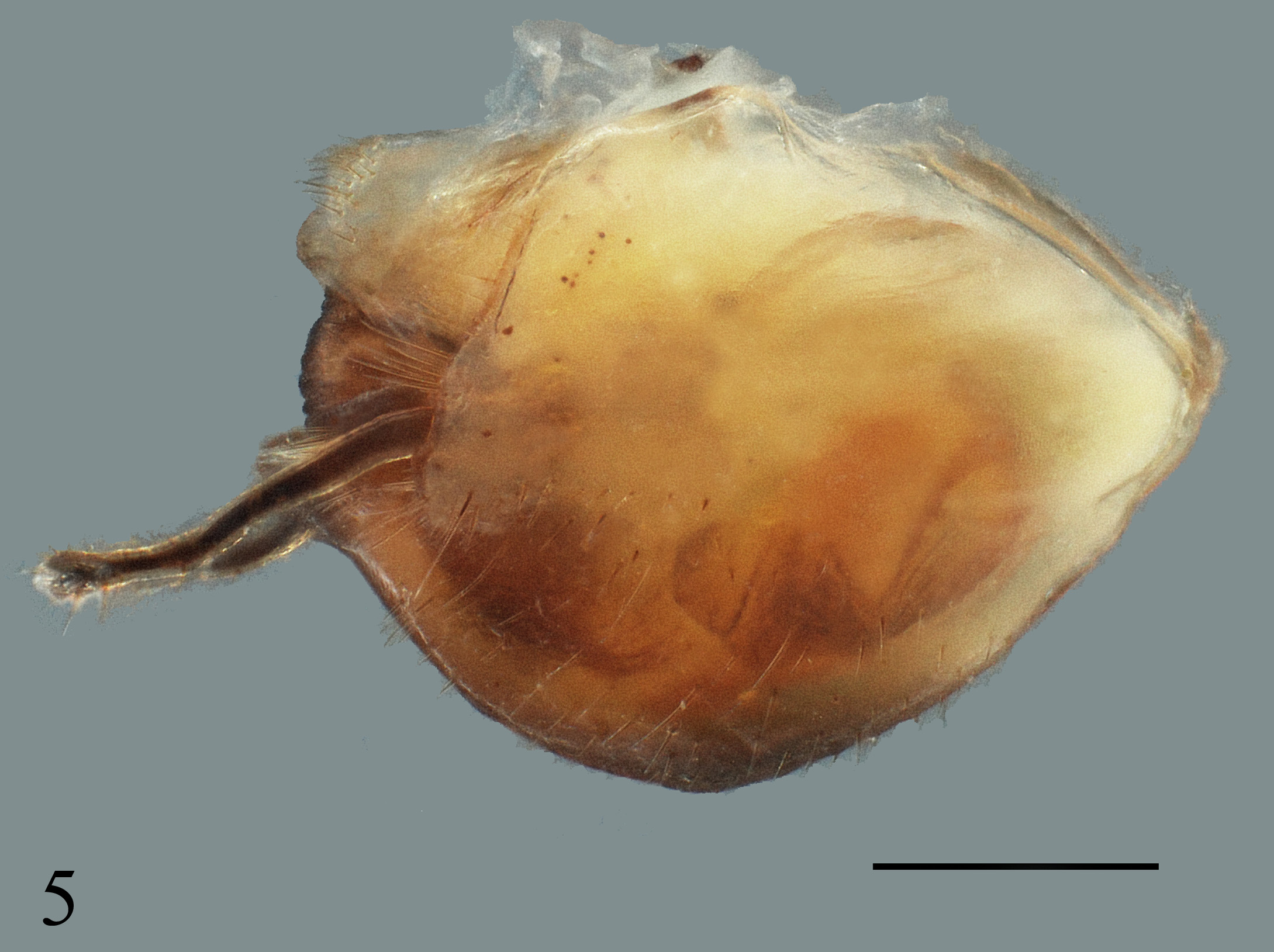 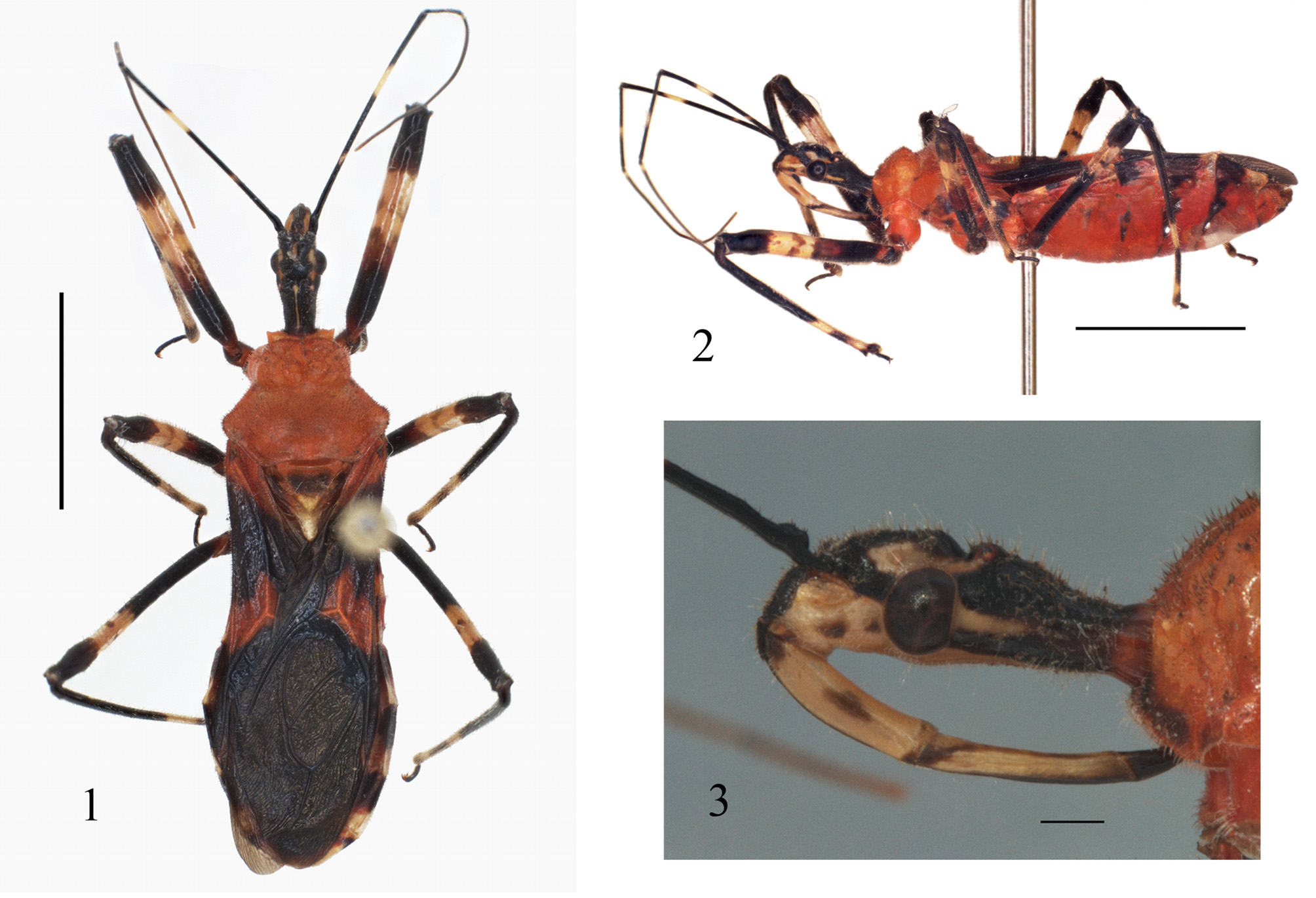 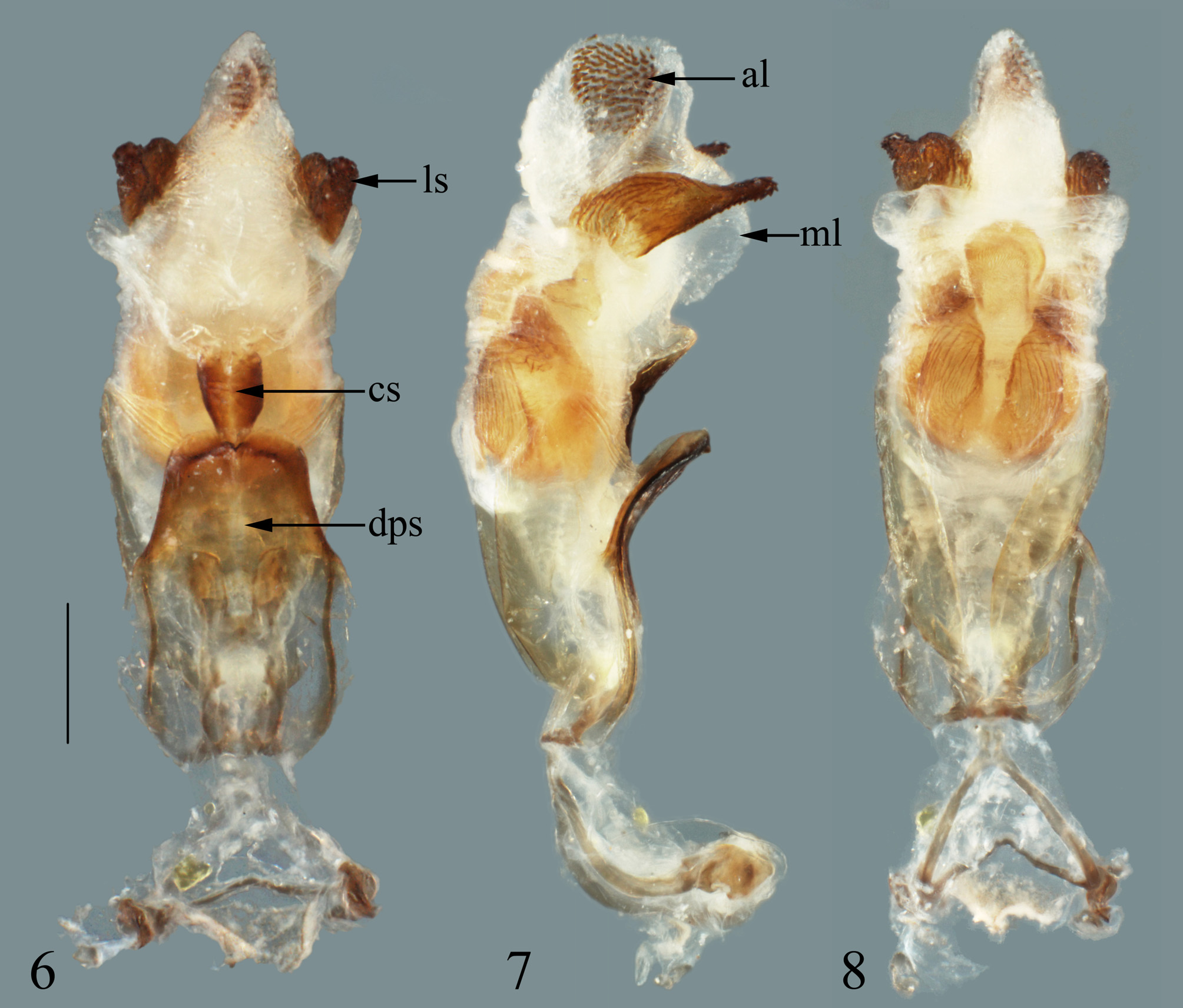 FIGURES 11–14. Aspects of the habitat and biology of Pyrrosphodrus caatingensis sp. nov.: 11, sampling site in the municipality of Floresta, state of Pernambuco, Brazil; 12, inflorescence of Cleome spinosa; 13, predation on a Meliponini (Hymenoptera). 14, a couple mating.

FIGURES 11–14. Aspects of the habitat and biology of Pyrrosphodrus caatingensis sp. nov.: 11, sampling site in the municipality of Floresta, state of Pernambuco, Brazil; 12, inflorescence of Cleome spinosa; 13, predation on a Meliponini (Hymenoptera). 14, a couple mating.