Distribution. Known from the type locality.

Etymology. The name refers to the municipality in which it was collected. Noun in apposition.

Remarks. This species was collected together with A. fuscicosta ( Enderlein 1909)  , to which it bears some resemblance. The latter, however, is darker and, medially on the frons, the brown pigment occupies the area from the postfrontal line to the M-line. They are readily separable by their penial armatures; that of A fuscicosta  having a ventrally sloping apex, small ventral vesicles and apices of hooks blunt. In fact, the penis of A. caraa  , with its lack of a keel, the large ventral vesicles and the upturned apex form a unique combination in the genus. The scaly area in the ventral membrane near the base of the hooks of A. caraa  is also uncommon. 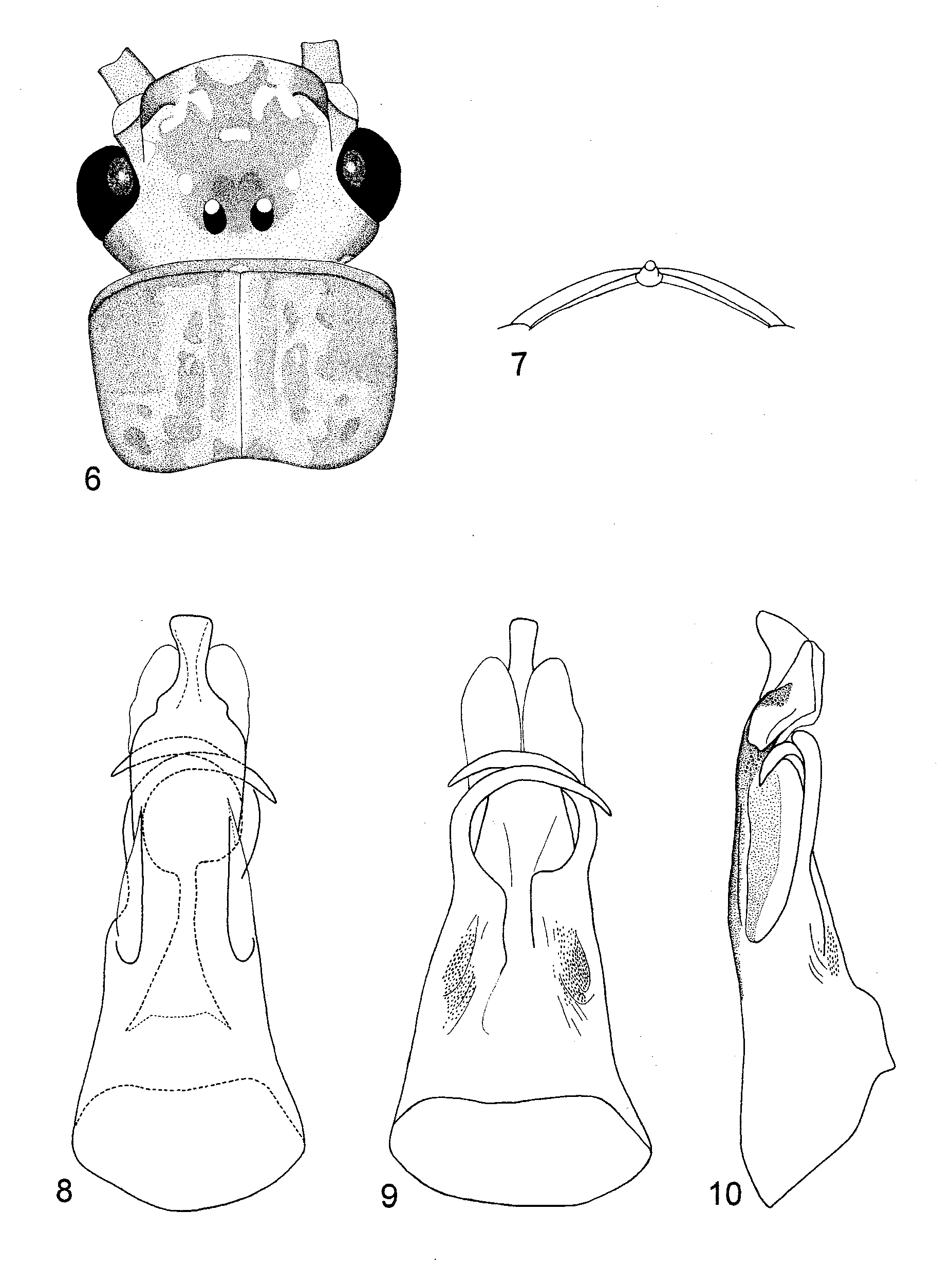