Etymology: from the Greek tany —long, and keraia —antenna.

Remarks. The second and third articles of the antennule in Leptochelia   species are normally subequal in length: the present species is quite distinct (and thus recognizable without dissection) in having the third article 1.4 times as long as the second. Monod (1933) figures something similar in some of his “ Leptochelia dubia   ” material from the Gulf of Suez, which was thus probably the same species, but as little other information was presented, it is not possible to be sure. There are four described species of Leptochelia   which have three distal setae on the maxilliped basis, L. itoi Ishimaru, 1985   from Japan, L. lusei Bamber & Bird 1997   from Hong Kong, L. nobbi Bamber, 2005   from Western Australia, and L. karragarra Bamber, 2008   from Queensland, Australia; a further as-yet-unpublished species has been recognized from the Azores (Bamber, in prep.). Of these five, only L. itoi   also has a pereopod 1 basis significantly more than four times as long as wide (4.2 times) and the dactylus and unguis of the first pereopod as much as 1.3 times as long as the propodus, but the proximal antennule article of that species is only 2.5 times as long as wide (3.9 times in L. tanykeraia   sp. nov.), and none of these other species has such a slender cheliped carpus (2.5 times as long as wide in L. tanykeraia   , 2.1 times or less in all the others).

In addition to the unique antennule-article proportions, the ornamentation of the maxilliped endite of L. tanykeraia   is unique in having only two robust spatulate spines distally but with two fine spines on the inner distal edge, all other described species of Leptochelia   having three robust spatulate spines distally, and no fine spines on the inner distal edge. The male of the present species is less remarkable, being broadly similar to that of L. “ dubia   ” sensu   Sars, 1886 from the Mediterranean coast of Italy.

Leptochelia   is a shallow-water genus, normally found from the littoral zone down to about 15 m depth; the present species, largely taken from between 55 and 62 m depth (although as shallow as 10 m towards the north of the survey area), is the deepest so far recorded. 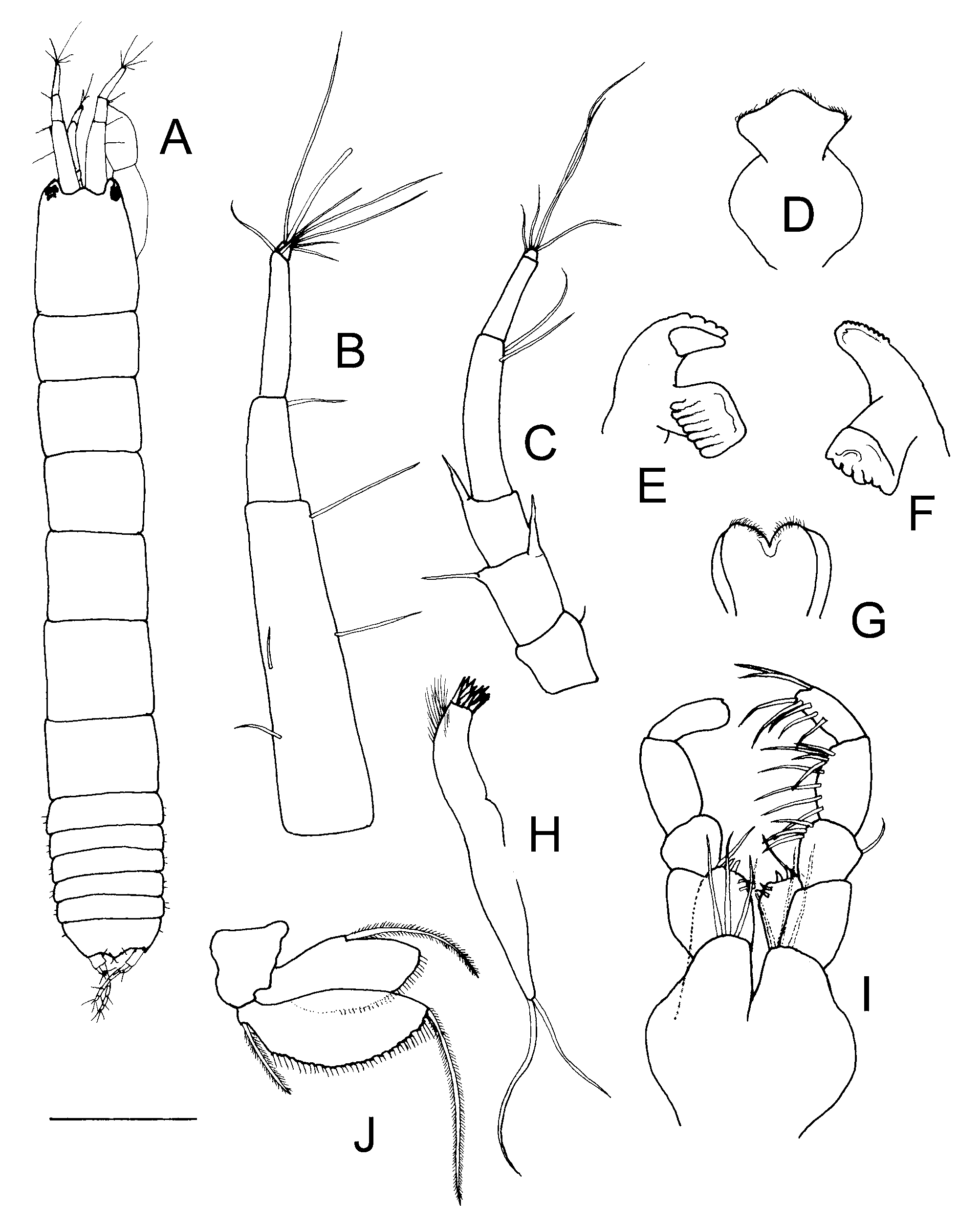