Etymology. From Latin pter means fin and phycis, a cod, in referring to the diagnostic large pelvic fin of the genus.

Relationship. The presence of the light organ and two dorsal fins suggest that Pterophycis   gen. nov. is closely related to Physiculus   , Gadella   and Salilota   belong to “ Physiculus   ” subgroup (sensu Paulin, 1989a), which also includes Tripterophycis   that has a light organ and three dorsal fins. It apparently shares many characters with the most specious genus Physiculus   by the absence of vomerine teeth and similar fin elements and position. However, two diagnostic characters that distinguish these two genera are the large pelvic fins with all rays elongate and the position of genital papilla ( Figs. 1A View FIGURE 1 , vs. 1B, C). 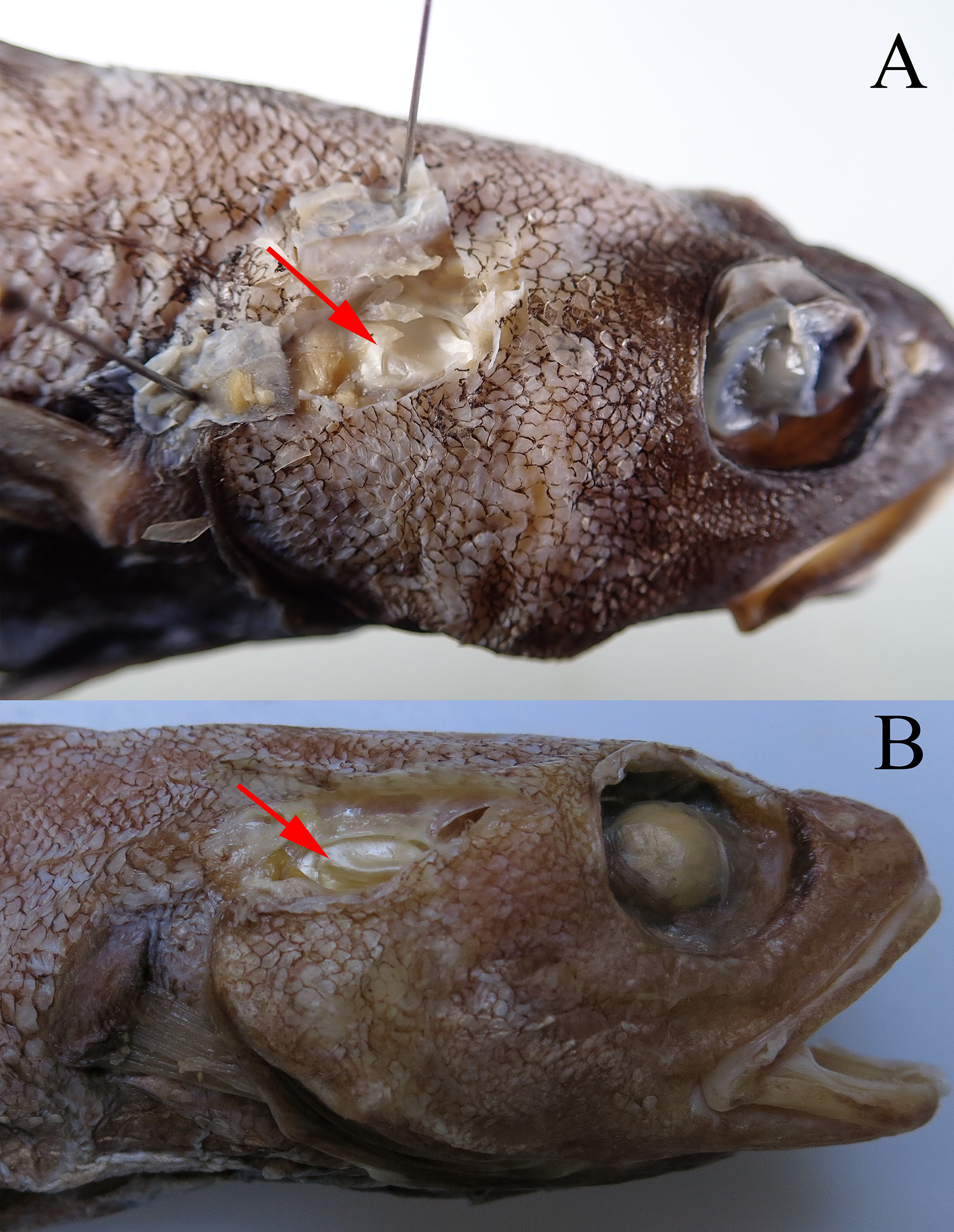