Differential diagnosis (see Dondale & Redner (1981) for the full diagnosis). Carapace with a characteristic pattern ( Figs 1View FIGURES 1 – 4, 5–7View FIGURES 5 – 7): three parallel white lines, which do not touch. This is similar to those of Pirata Sundevall, 1833  , but those have the white line converging in the thoracic region. The short sperm ducts are similar in the genera Pirata  , Piratula Roewer, 1960  and Trebacosa  . Females of Trebacosa  can be distinguished from those of Pirata  and Piratula  by the position of the vulval chamber relative to the head of spermatheca ( Figs 9, 16View FIGURES 8 – 18, 21View FIGURES 19 – 22). In Trebacosa  , the HS is ectal and the VC is mesal, whereas in Piratula  and Pirata  the HS is positioned mesal relative to the VC. Trebacosa  is seemingly unique by possessing the primary pores at the basis of the HS (Luis Piacentini – pers comm.). Males of Trebacosa  can be recognized by the large angular median apophysis ( Dondale & Redner 1981, Dondale 2005). 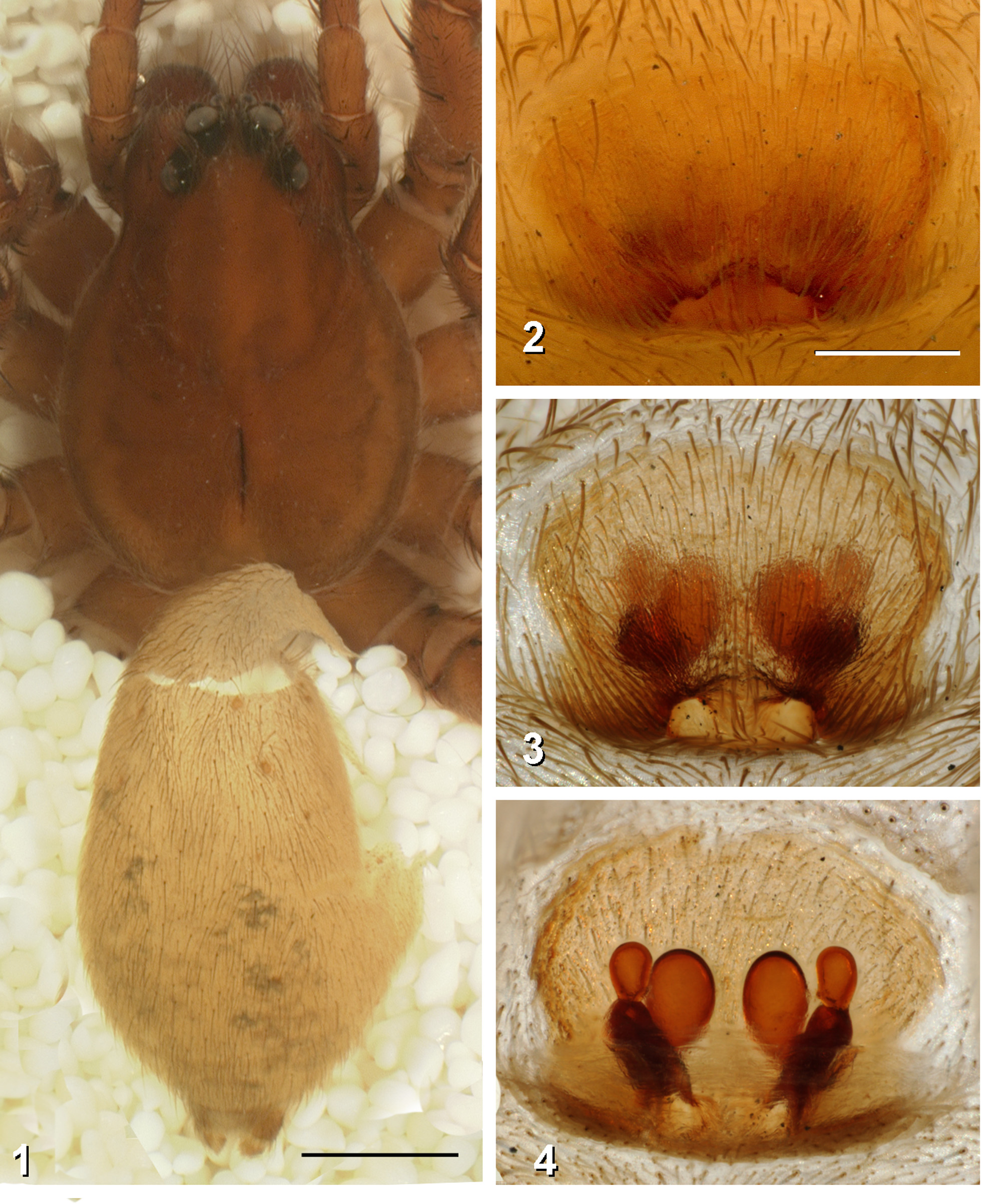 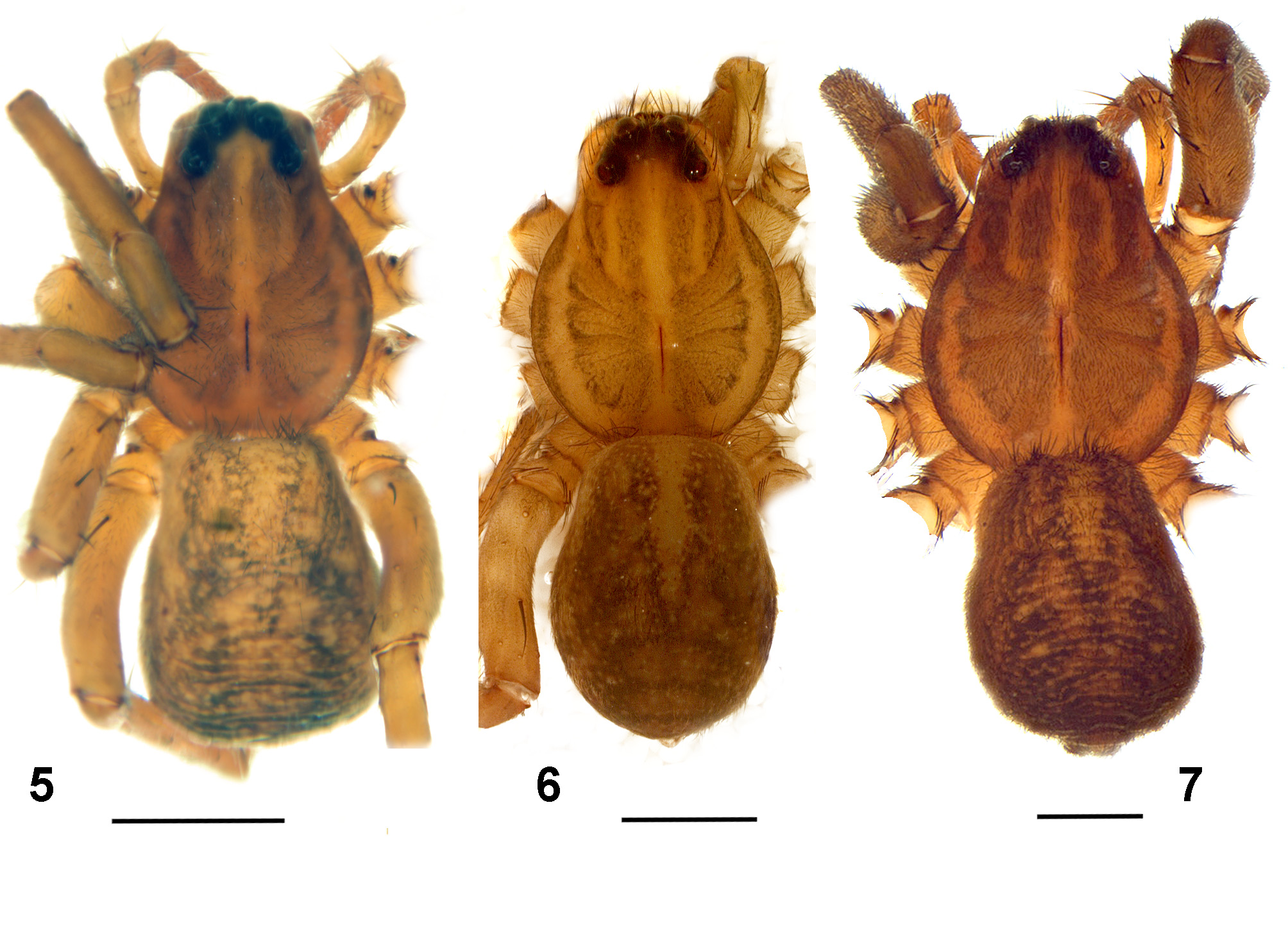