trans- = Latin, on the other side of; -atlanticus = Atlantic Ocean. Referring to distribution across the Atlantic Ocean from the typical subspecies.

Based on direct comparison between European and northeastern North American specimens, basidiomatal dimensions seem to differ. American basidiomata are, in general, shorter with smaller pilei than European basidiomata, but basidiomata of the American collections seem distributed in two size classes, the larger and more robust of which are commensurate with Europe basidiomata.

In examining numerous specimens eventually accepted as G. perforans subsp. transatlanticus , it was unforeseen that a large number of specimens originally fruited on dead Tsuga needles, a host reported as rare by Antonín and Noordeloos (2010), although this is the case in Europe. Tolerance of this substrate affords the opportunity to subsist at lower elevations (and therefore at higher temperatures) in the southern Appalachian Mountains where spruce/fir forests exist only at the highest elevations (and therefore the coldest temperatures). In the future, it will be interesting to see if this condition extends across North America to the Pacific Northwest, where the spcies of spruce, fir, and hemlock are all different from eastern North American taxa.

In G. perforans subsp. transatlanticus , cheilocystidia may be confused with inflated basidia and/or pleurocystidia. Some shapes of clearly swollen elements assumed to be cheilocystidia are suggestive of sterigmata (but always two - four were not seen), and occasional objects of cheilocystidial size are shaped like fat pleurocystidia (broadly fusiform). Repeated preparations from a single pileus also showed numerous cheilocystidia.

Rhizomorphs are here described as of two types. The coarser of these are present in virtually every specimen observed, while the extremely fine type were seen in perhaps 25% of the specimens. It can be doubted that the second type actually belong to subsp. transatlanticus , but without some proof, they must be described as present. 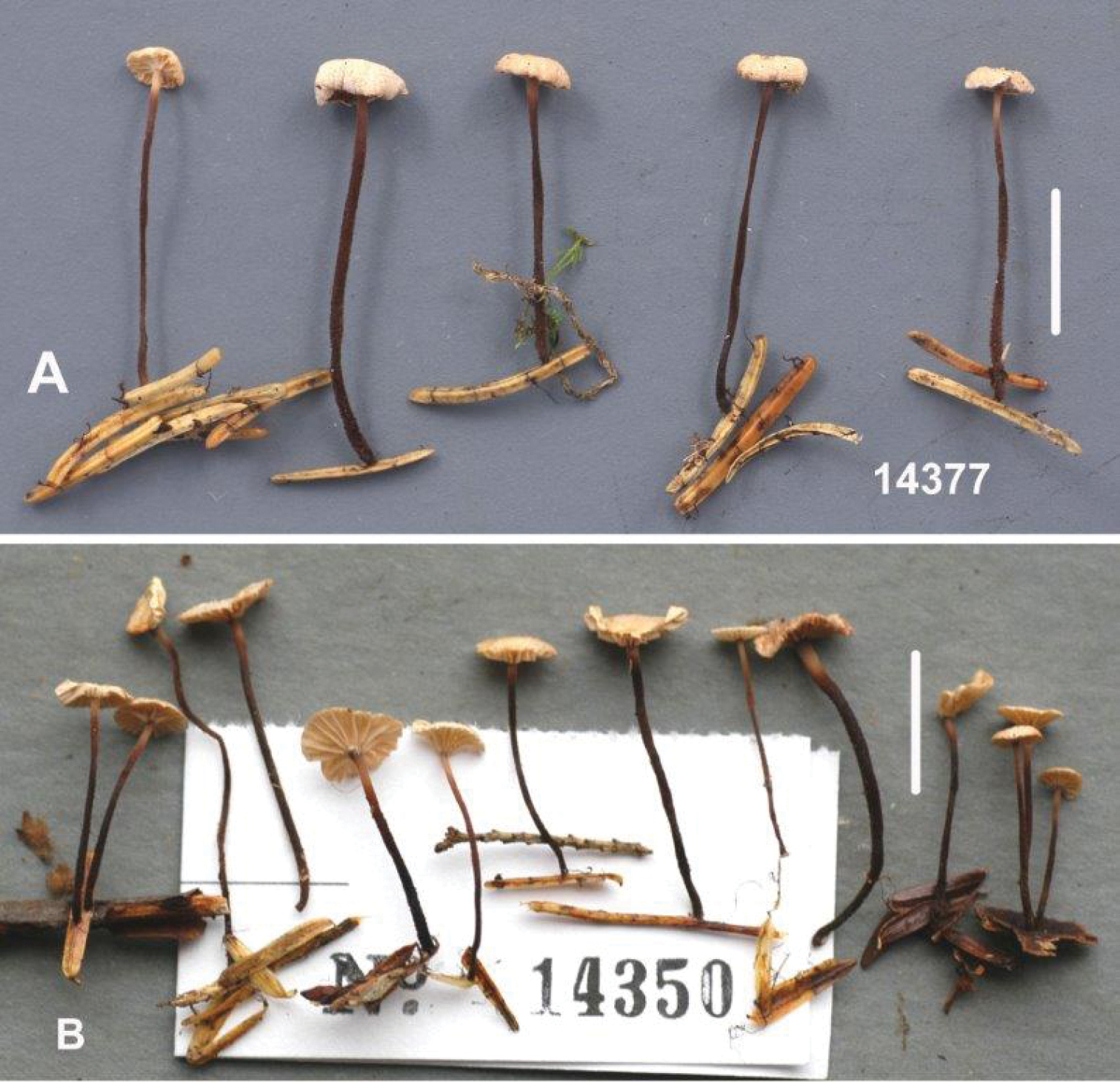 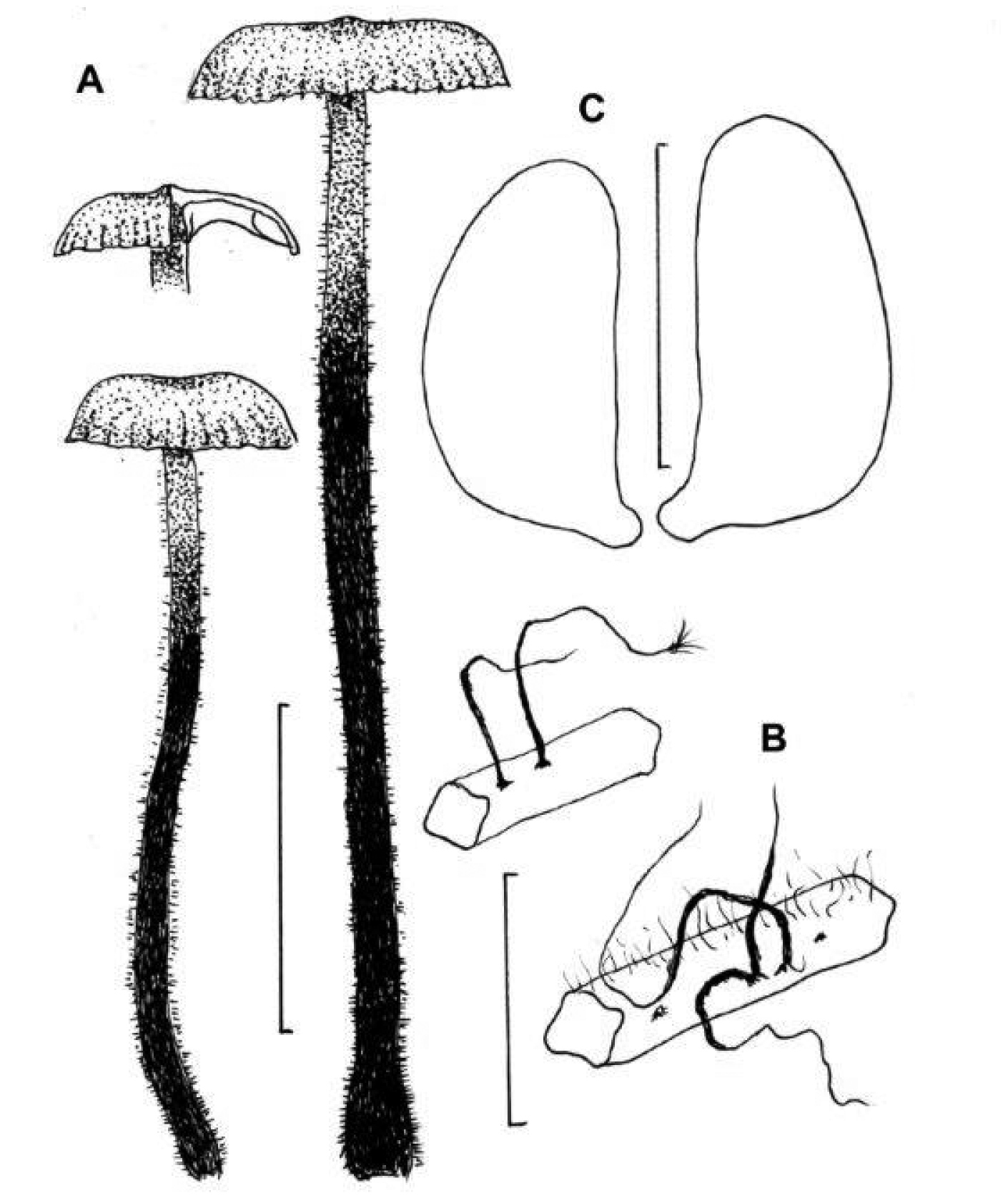 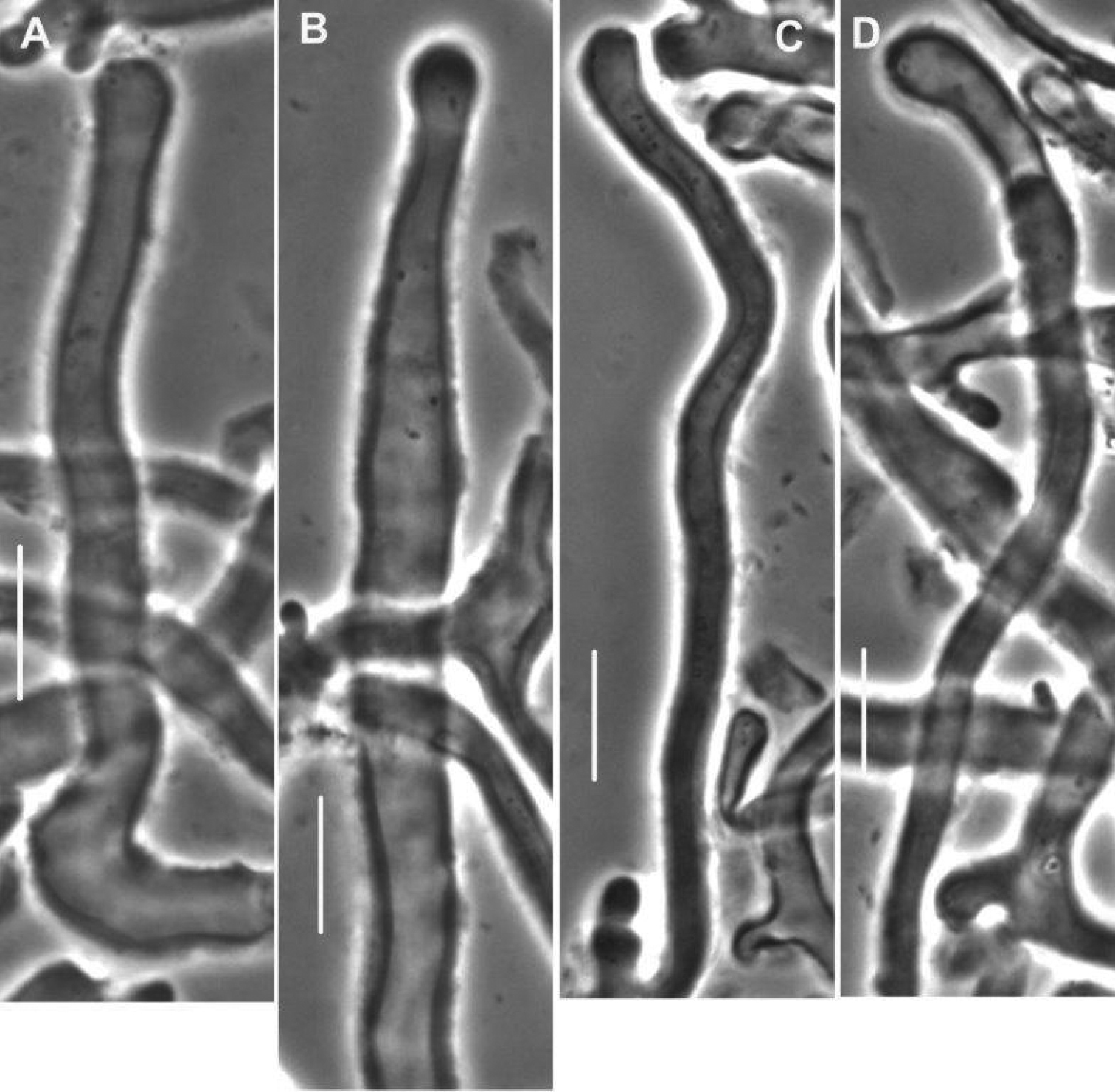 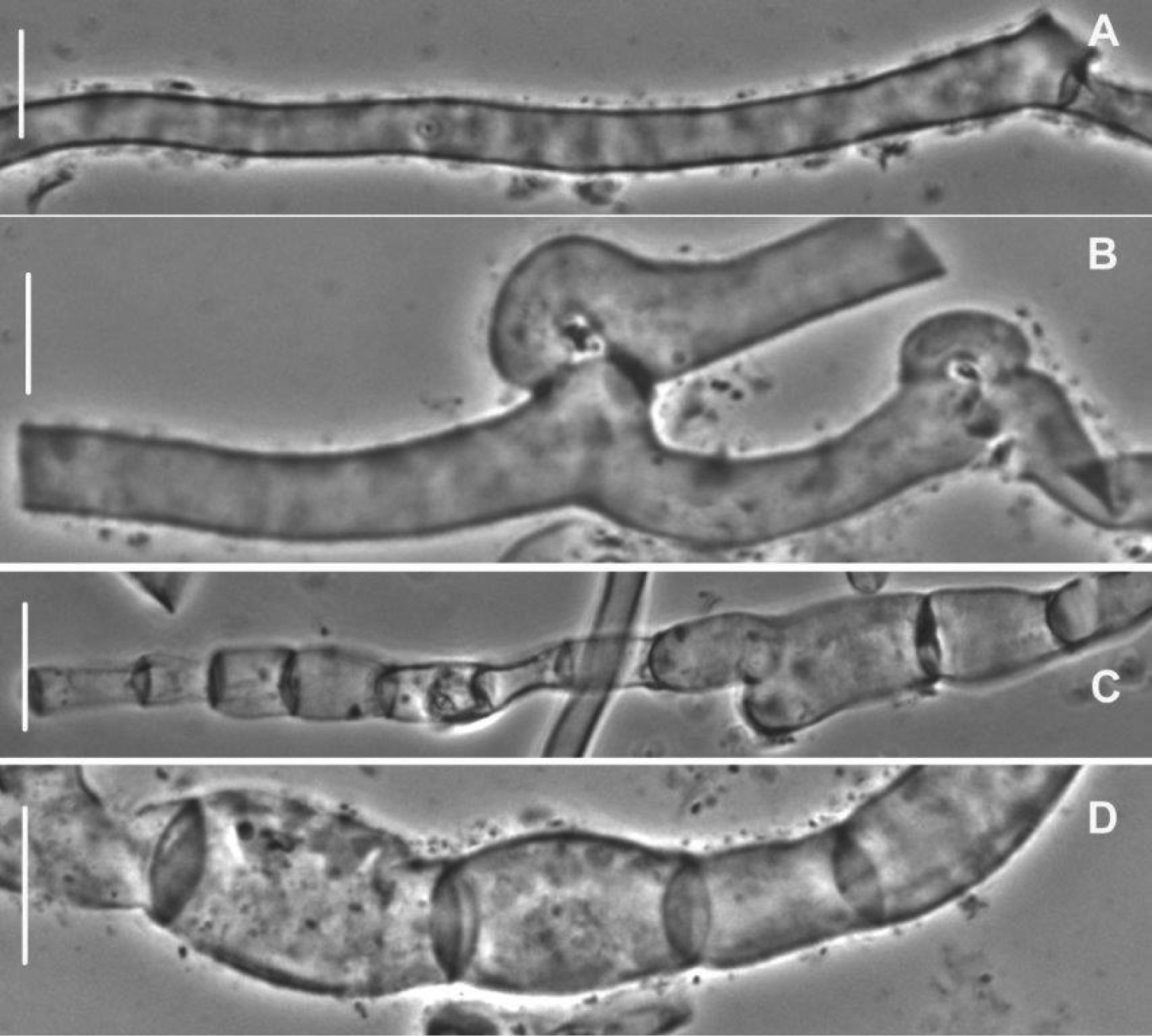 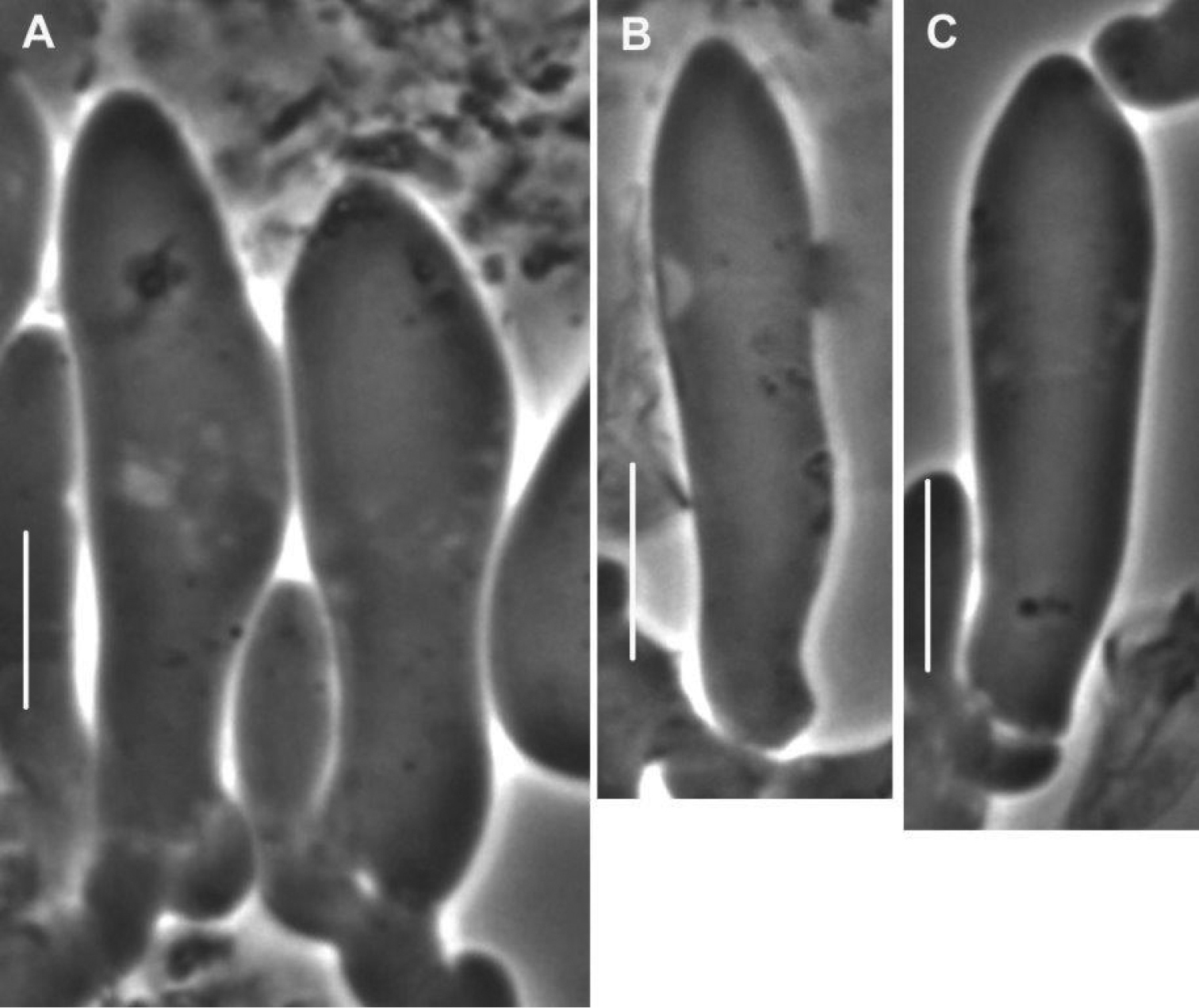 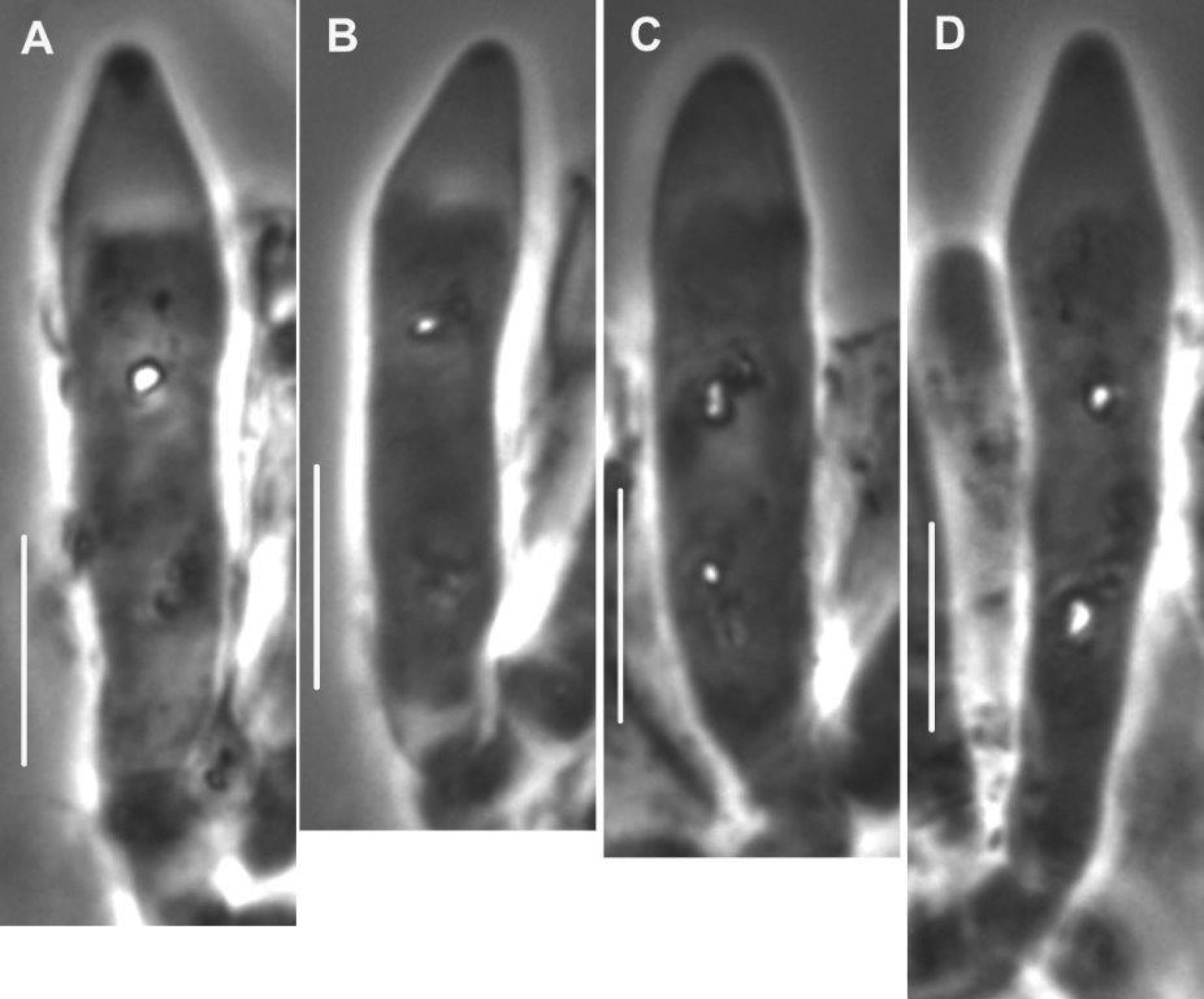 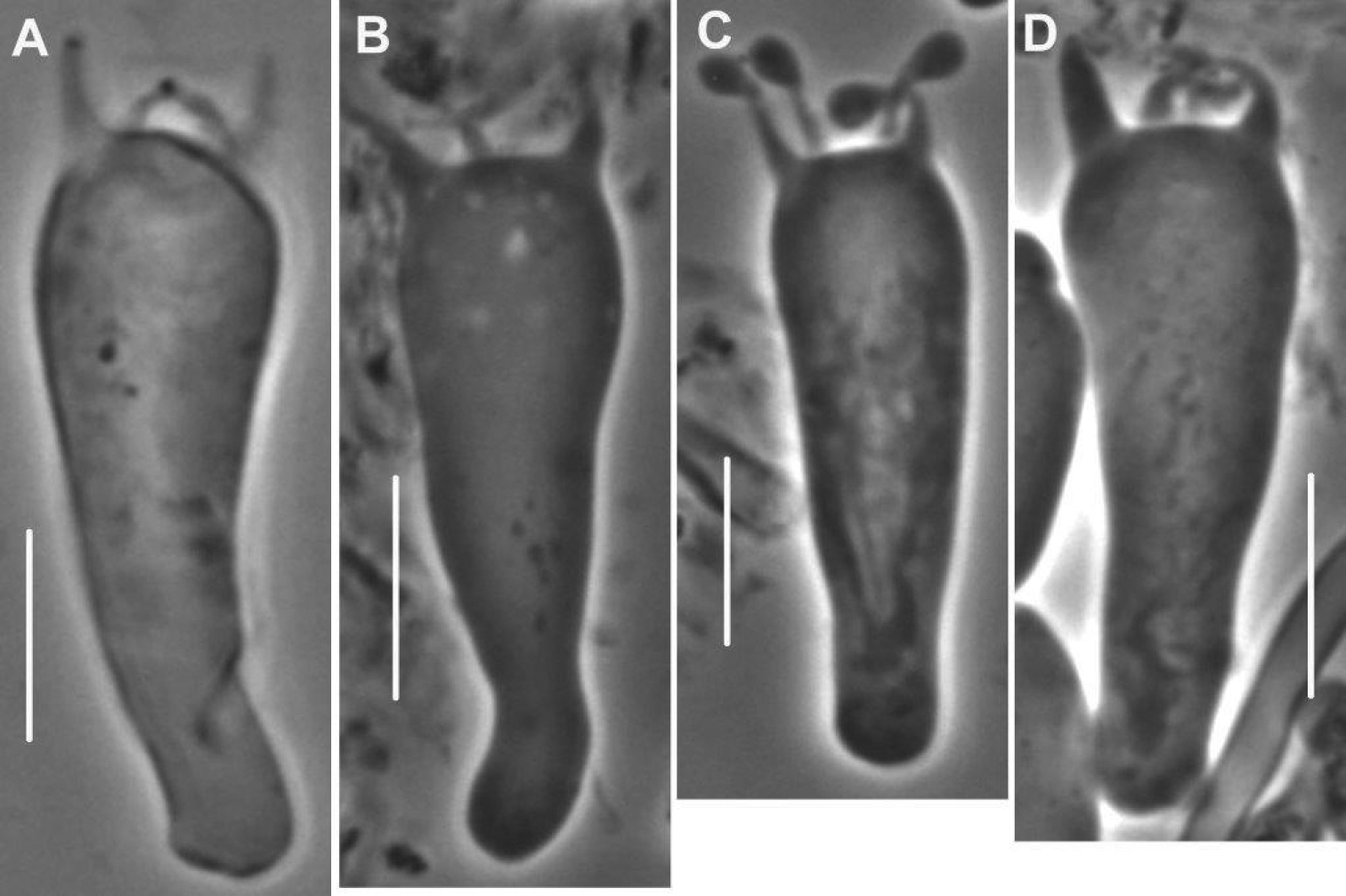 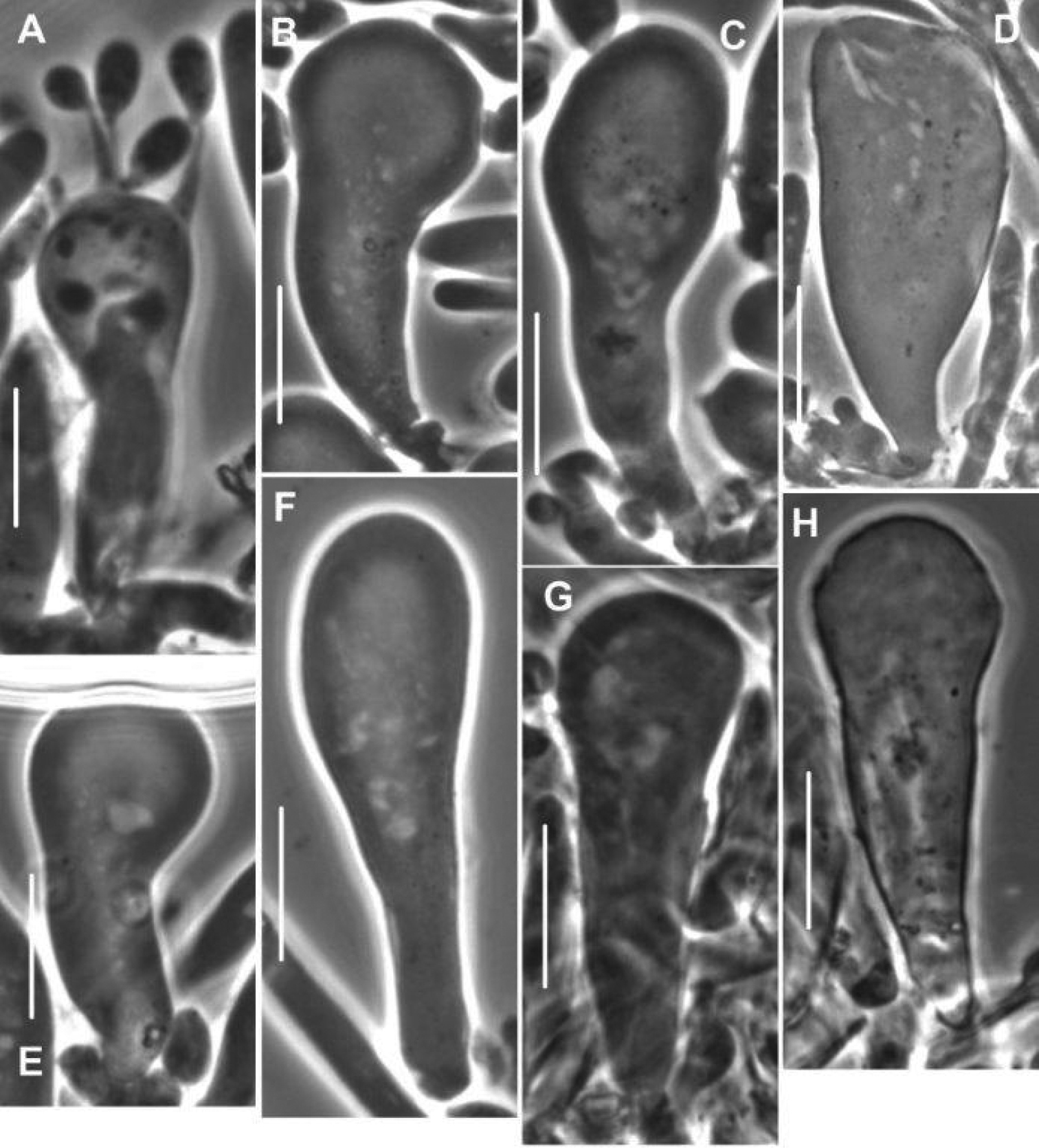 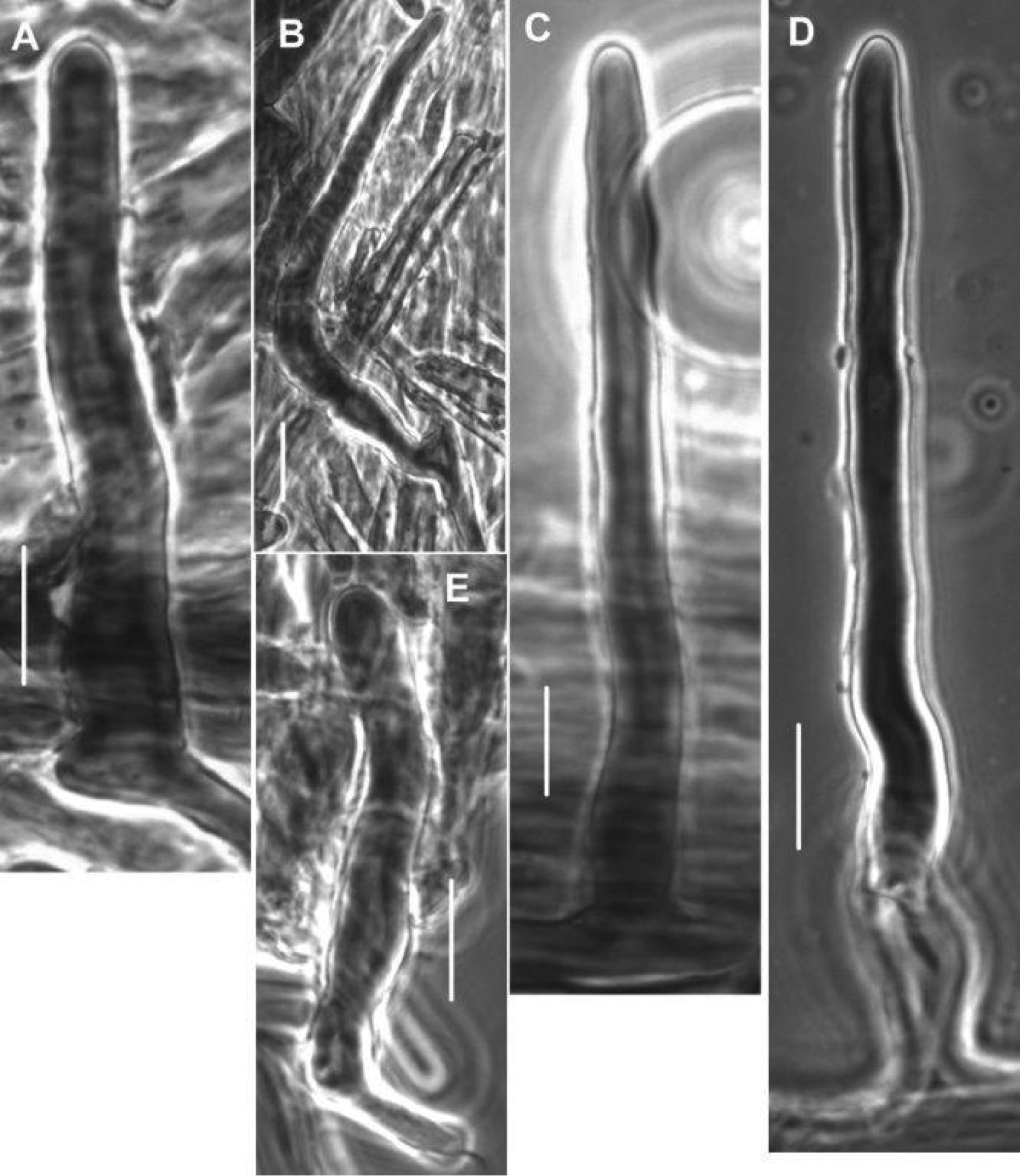 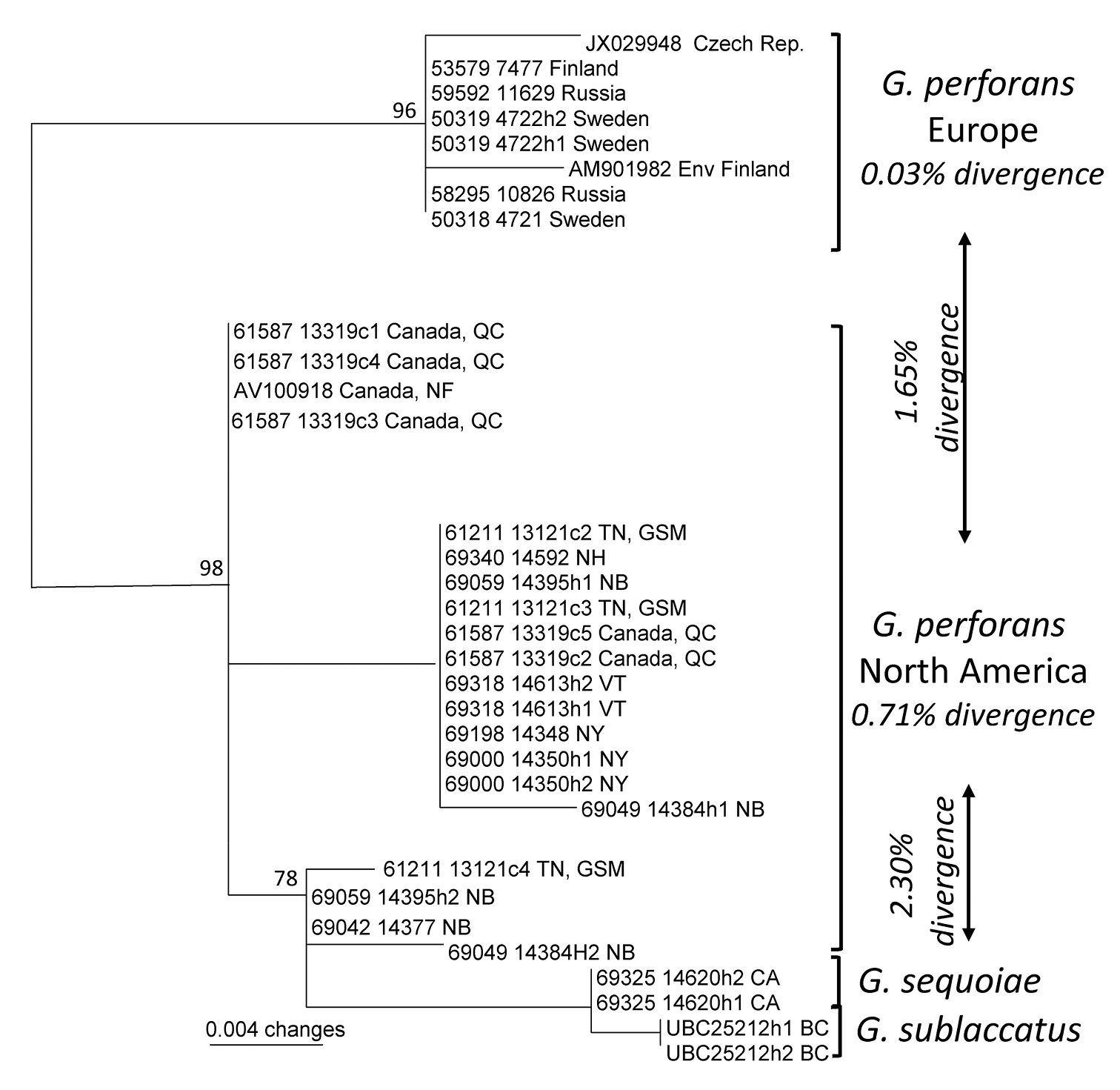 Figure 87. PhyML analysis of Gymnopus perforans and G. sequoiae ITS sequences. Distance measurements percent base pair differences for the ITS region only. Bootstrap support greater than 70 % is given to the left of the supported node. Haplotypes are indicated as h 1 or h 2; clones are indicated as c 1, c 2, etc. North American locations are indicated by postal codes.