Derivation of genus name. ‘ Chakra  ’ in Sanskrit means wheel, referring to the unique wheel-like setigerous flat-topped tubercles distributed all over the head and mesosoma. The gender is feminine.

Diagnosis. Although the specimens of the new genus key out to Opisthacantha Ashmead  at couplets 59 of Masner (1976) and 50 of Austin and Galloway (1984), they do not fit into the concept of the genus Opisthacantha Ashmead sensu Masner (1976)  . The new genus differs from Opisthacantha  in having frons, vertex, dorsal, lateral and ventral mesosomal surfaces with large, round, setigerous tubercles, whose diameter is almost equal to the diameter of the lateral ocelli ( Figs 2View FIGURES 1 – 6, 11View FIGURES 7 – 11) and also in having remarkably small eyes that are hardly as long as temples, small ocellar triangle, with lateral ocelli much closer to median ocellus than to orbits (OOL> POL) and raised interantennal prominence. 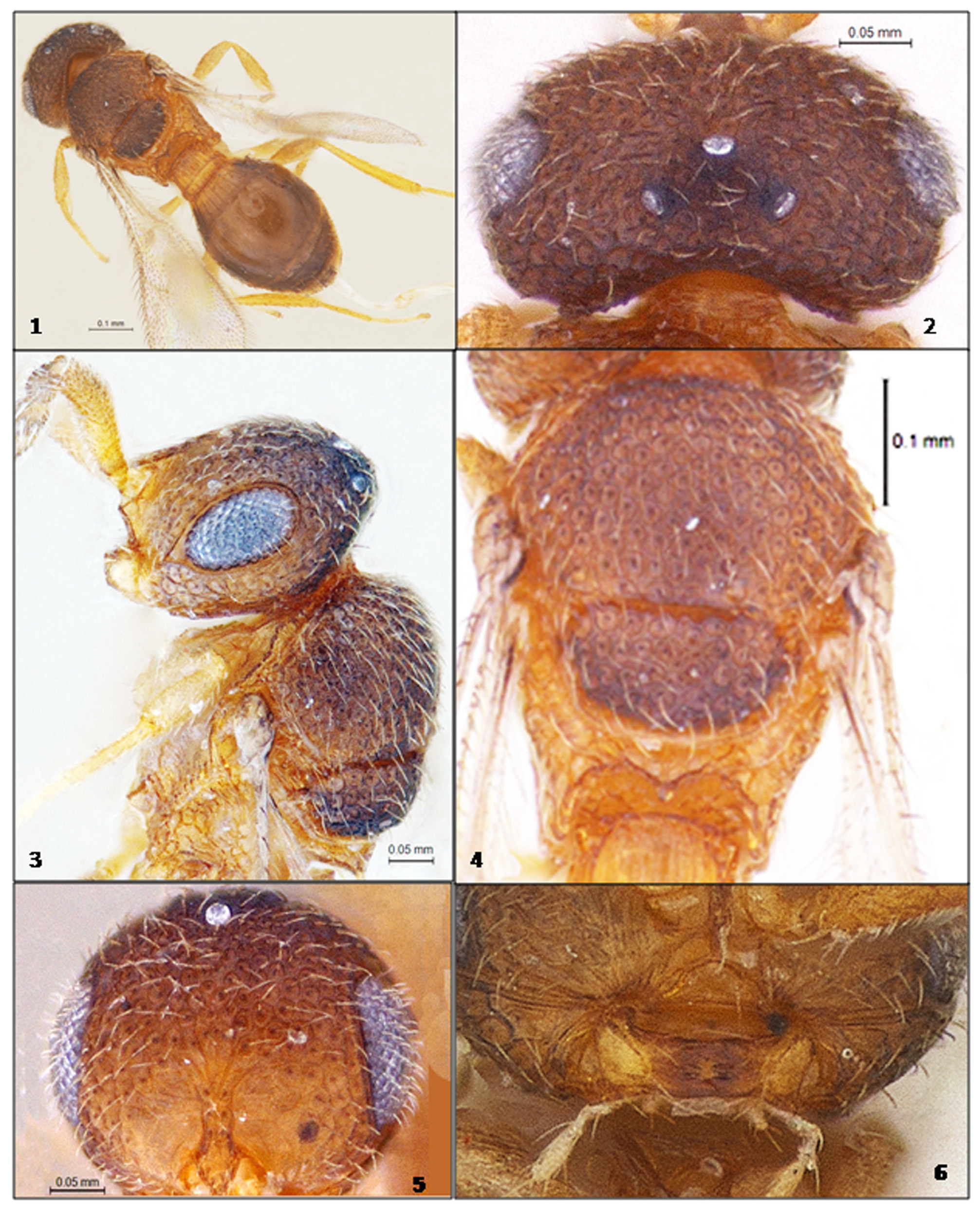 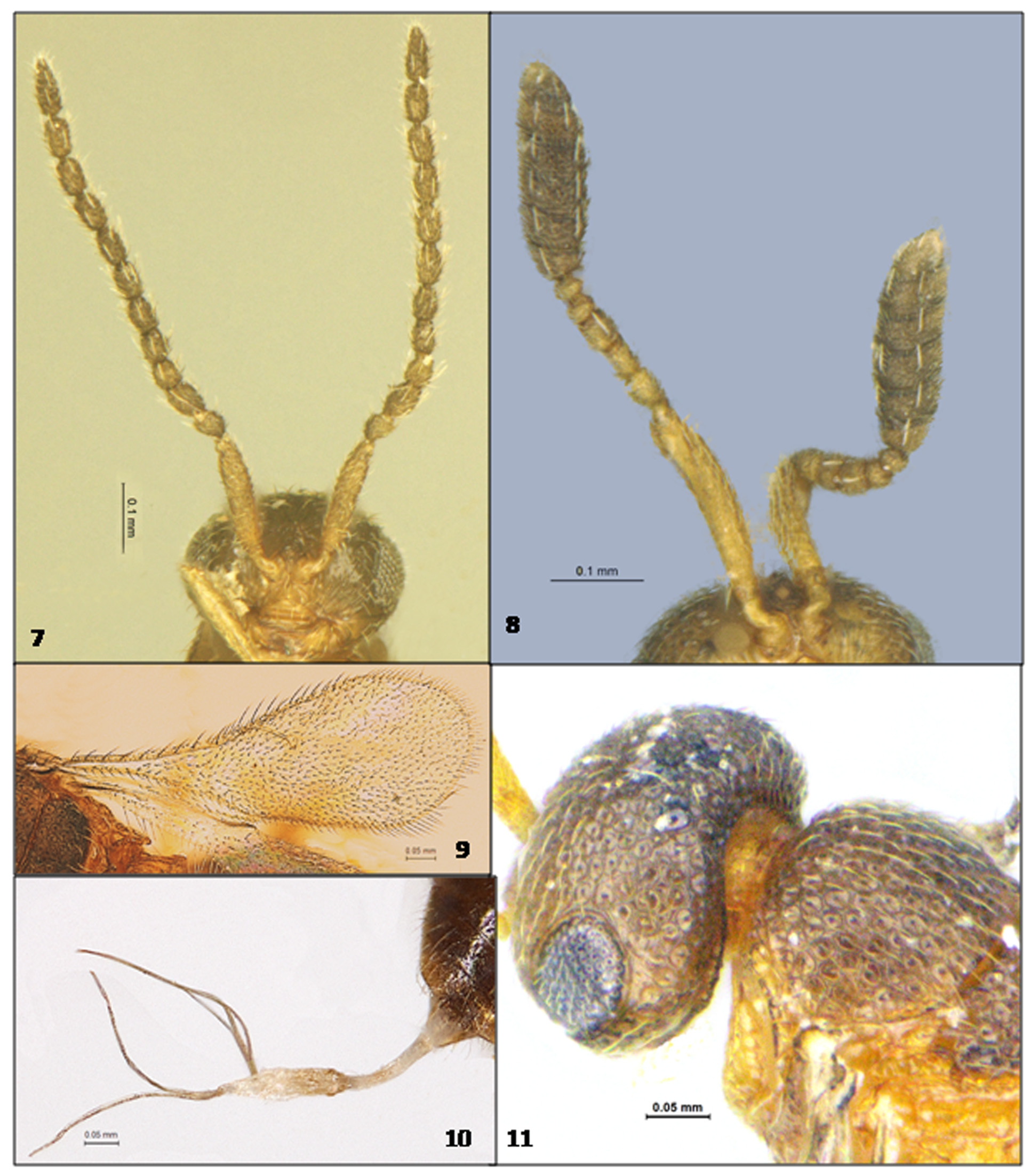