Discussion: The new genus resembles Caedicia Stål  in the shape of head, but differs by the latter having the pronotum not strongly constricted forwards and the male subgenital plate with styli much shorter than third the length of subgenital plate. The male abdominal apex resembles the condition in the genus Isopsera  . It differs from the latter by the shape of head and pronotum. Differences from other Chinese genera with both open tympana are listed in the above key. The systematic position of the genera within Phaneropterinae  may be clarified after more phylogenetic research.

Etymology: The name Semicarinata  is composed of the prefix Semi-, meaning half, and the word carinatus. The name refers to the distinct shape of lateral margin of pronotal disc. The name is regarded as feminine in gender. 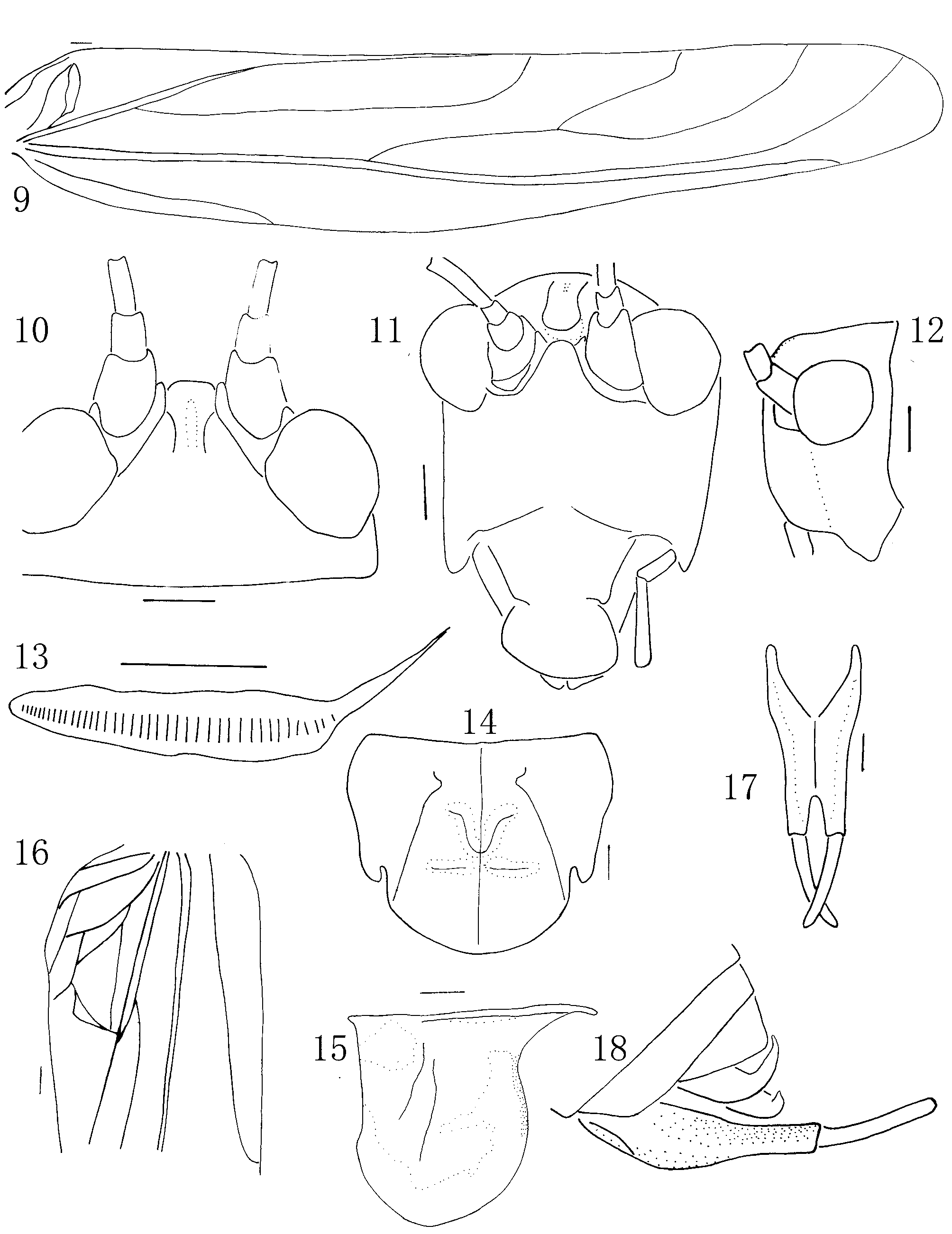