Three specimens were settled on barnacles. Their tunic is tough, wrinkled and wears epibionts. The colour remains tarnish-orange in formalin ( Fig. 29 View FIGURE 29 A). The siphons are slightly protruding, one is apical and the other at mid-distance of the body length. The musculature is strong in large ribbons issued from the siphons they cross on each body side ( Fig. 29 View FIGURE 29 B,C). There is a large oral velum. There are 8 particularly large tentacles and 3 orders of smaller ones intercalated, they have a single branching. The U-shaped dorsal tubercle is in a deep V of the prepharyngeal band. The dorsal lamina is long with numerous sharp languets. The 6 the branchial folds on each side are high and partly recover each other ( Fig. 29 View FIGURE 29 E). The gut loop is long and narrow applied on the endostyle and covering only a part of the left ventral body side ( Fig. 29 View FIGURE 29 D). The hepatic gland is divided into small lobes over the oesophagus and a large mass of green papillae on the stomach. There is no secondary gut loop and the smooth edged anus opens near the oesophagus. There is a long gonad on each side. The left one occupies the whole length of the gut loop. The right gonad draws an arc following the endostyle to which it is applied. ( Fig. 29 View FIGURE 29 D). In each gonad the globular testis lobes (up to 50) alternate on each side of the tubular ovary tightly applied on the body wall. Gonoduct and sperm duct are joined and open in a long papilla close to the atrial aperture. The endocarps are only found in a line along the posterior intestine ( Fig. 29 View FIGURE 29 D), in a line along the dorsal side of the right gonad and on the testis lobes. There are no other endocarps on the middle sides of the body wall ( Fig. 29 View FIGURE 29 D). A velum closes the atrial siphon but no filiform processes were found at this level.

Pyura vittata is widely distributed in all oceans and has been recorded many times in the western Atlantic from the coasts of United States to Brazil ( Van Name 1945; Monniot C. 1983 c; Rodrigues et al 1998). The main characters of the species deal with the gut shape and the distribution of the endocarps. 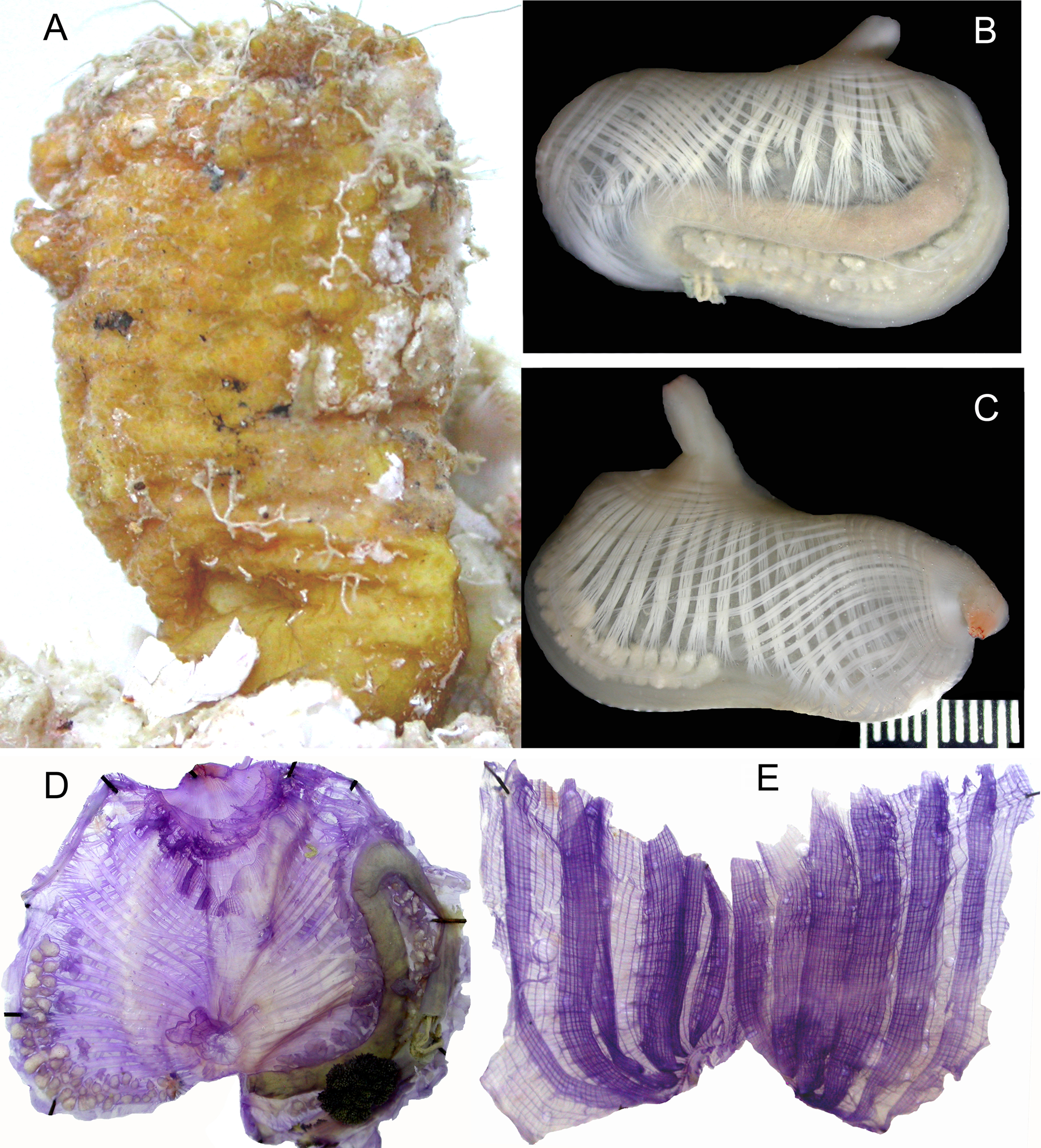