Of the 128 known species of the genus Trouessartia , 59 species are referred to ten currently recognized species groups ( Santana 1976, Mironov & Kopij 2000; Mironov & Bermúdez 2017; Mironov & Galloway 2019). Each group is characterized by the specific combination of characters shared by its members, although the set and number of used characters do not match among different groups.

All ten new Trouessartia species described below and six previously described species ( Till 1953; Berla 1959a, 1959b; OConnor et al. 2005; Hernandes 2014) are arranged into a new species group capensis . This group can be characterized by the following combination of characters differentiating it from other representatives of the genus. In both sexes, the prodorsal shield is separated from the scapular shields, setae c2 are long spiculiform, dorsal setae d2 and e2 are always present, dorsal hysterosomal apertures ( DHA) are absent, trochanteral setae sR III are narrowly lanceolate ( Figs. 1A View FIGURE 1 , 2A View FIGURE 2 , 3E View FIGURE 3 ); in males, the hysteronotal shield is completely split into the prohysteronotal and lobar parts, the opisthosoma is attenuate posteriorly and the opisthosomal lobes except distal ends are fused to each other at midline forming an interlobar septum, the terminal lamellae are generally semi-ovate in form and have smooth margins, the postgenital plaque (the area posterior to the genital apparatus marked by semicircular or trapezoidal cuticular fold) is present, genital setae g are variable in shape (usually long) and with well developed cylindrical basal ring, the adanal apodemes bear apophyses usually represented by longitudinal ridges, and the translobar apodeme is present ( Figs. 1 View FIGURE 1 , 4A View FIGURE 4 ); in females, the external copulatory tube is present, usually shaped as a stylet or finger situated on the free margin of interlobar membrane, setae h1 are narrowly lanceolate (rarely setiform), and the head of spermatheca has a semi-ovate extension without indentations on its margin ( Figs. 4B, C View FIGURE 4 , 7F View FIGURE 7 , 10F View FIGURE 10 ). Two subgroups can be recognized within the capensis group: with and without dorsal setae d 1 in both sexes. 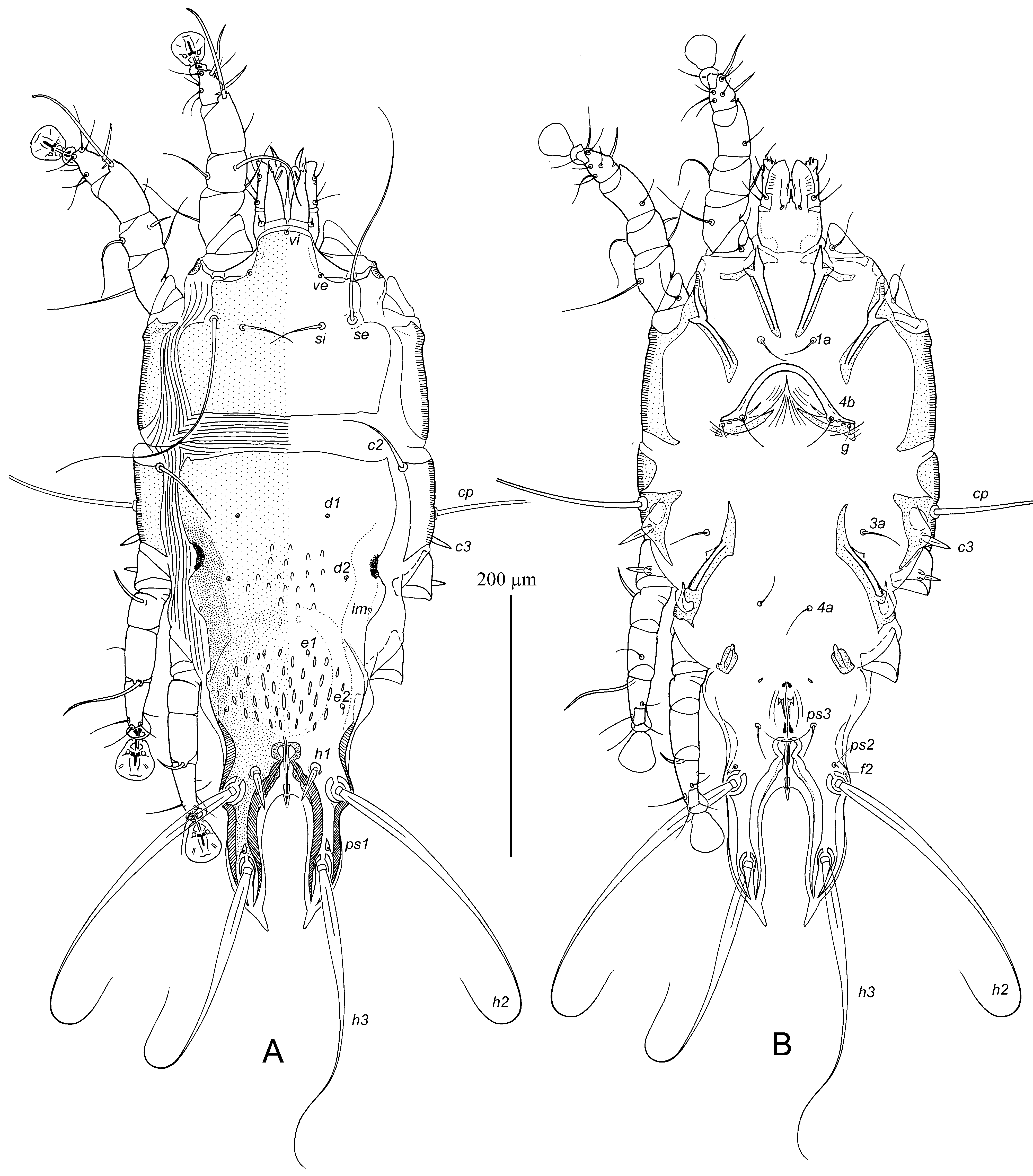 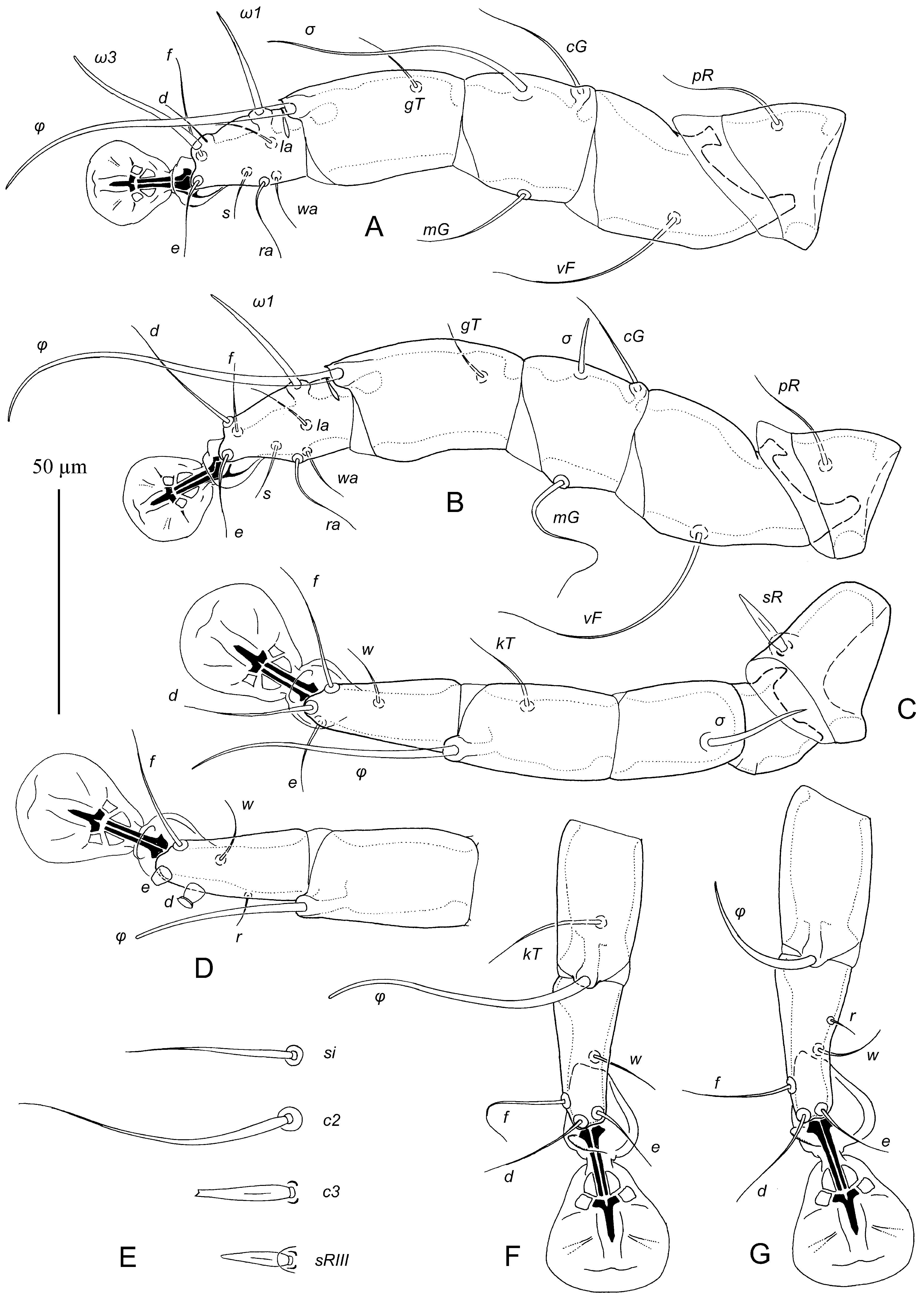 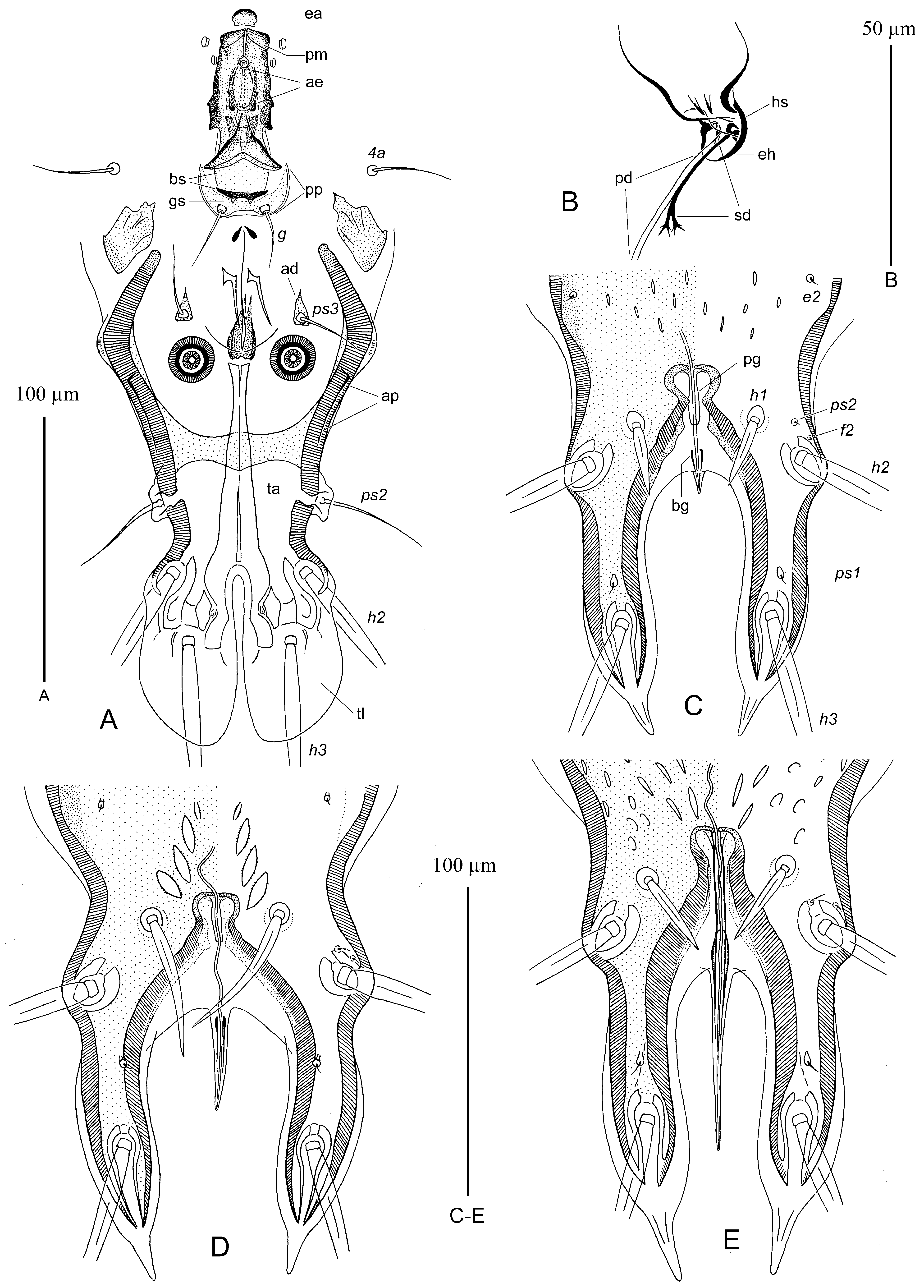 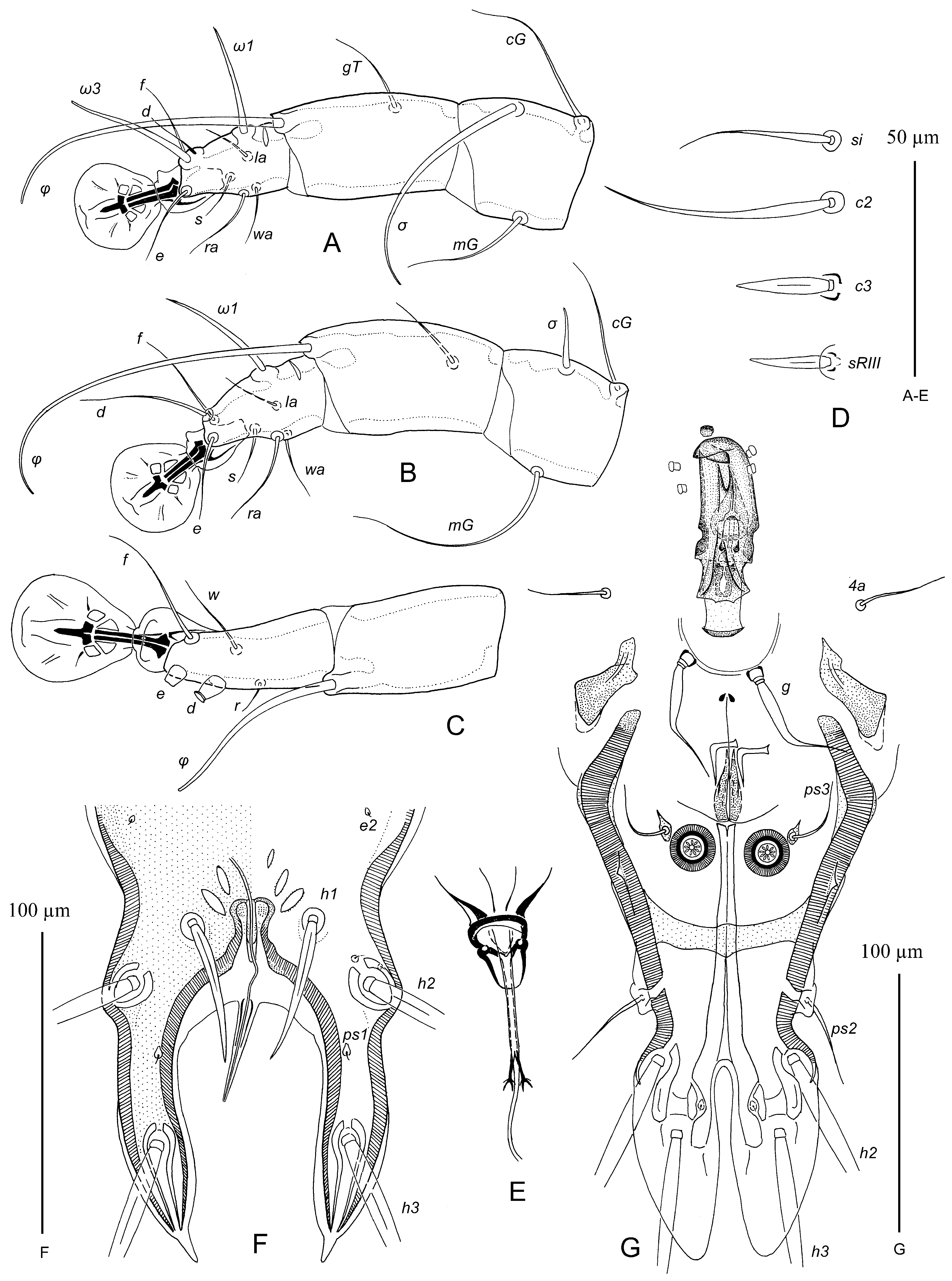