Masdevallia mirandae is similar to M. racemosa but can be distinguished by the blackish leaf petiole (vs reddish), the adaxially hispid sepals (vs glabrous), the obtuse and apiculate dorsal sepal (vs acute and acuminate), and the oblong-elliptic and obtuse petals (vs lanceolate and acute).

Discussion. Masdevallia mirandae belongs to the previously monotypic Masdevallia sect. Racemosae . With it only other member, M. racemosa , it shares the repent habit, the loose multiflowered inflorescence that is much longer than the leaves, the eye-catching medium-sized red-orange flowers, and the sepals forming a sepaline tube for most of their length ( Figs. 2 View FIGURE 2 & 3 View FIGURE 3 ). The new species can be distinguished from M. racemosa by the blackish (vs reddish) petiole, the obtuse and apiculate dorsal sepal (vs. acute and acuminate), the hispid inner surface of the lateral sepals (vs glabrous), and the 5 mm long, oblong-elliptic, obtuse petals (vs 3-4 mm long, lanceolate and acute). The distribution of Masdevallia racemosa is so far restricted to the Central Cordillera of the Andes in The Puracé National Natural Park, while M. mirandae is only known to occur in the Western Cordillera in The Farallones de Cali National Natural Park.

Etymology: Named after Julia Miranda Londoño who served as the Director of the Colombian National Natural Parks and dedicated more than fifteen years to the conservation of the Colombian protected areas.

Habitat and ecology: Masdevallia mirandae is, as far as is currently known, endemic to the Western Cordillera of the Andes in The Farallones de Cali National Natural Park where it is restricted to a small area in the Andean cloud forest–Paramo transition around 3000 (to 3400) m in elevation, growing as an epiphyte, lithophyte or terrestrial close to small creeks and rivers.

Phenology: In the field, Masdevallia mirandae has been found blooming in July and December. The long-lived flowers open in succession; therefore the flowering season is likely to be several months long. Perhaps even all year round, as occurs with M. racemosa .

Conservation status: Following the IUCN criteria we categorize Masdevallia mirandae as Data Deficient given that lack of information to make an assessment. However, despite being found in a National Natural Park, this plant grows in areas that are severely affected by illegal mining activities which directly impact the small creeks where the species thrives. 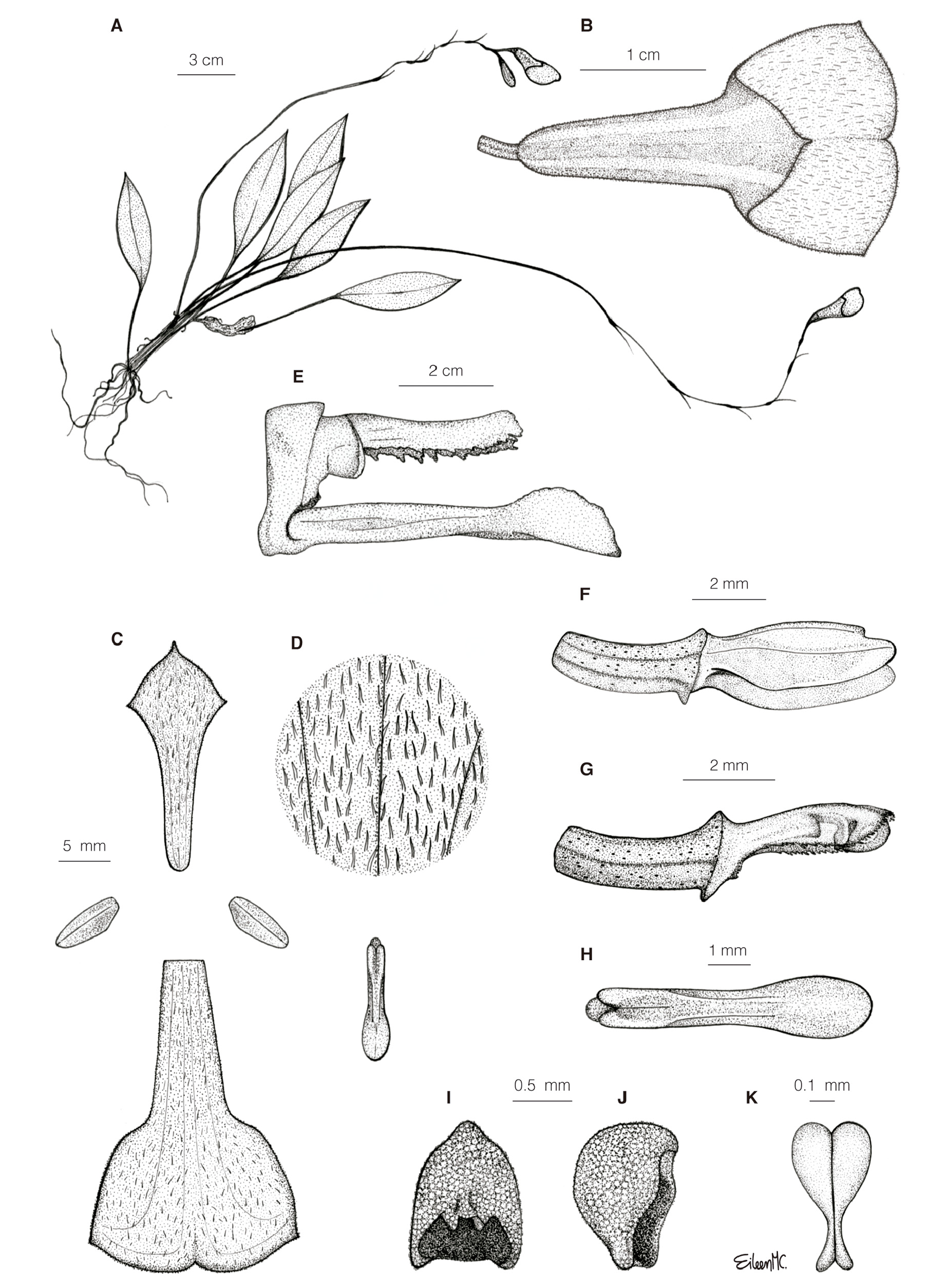 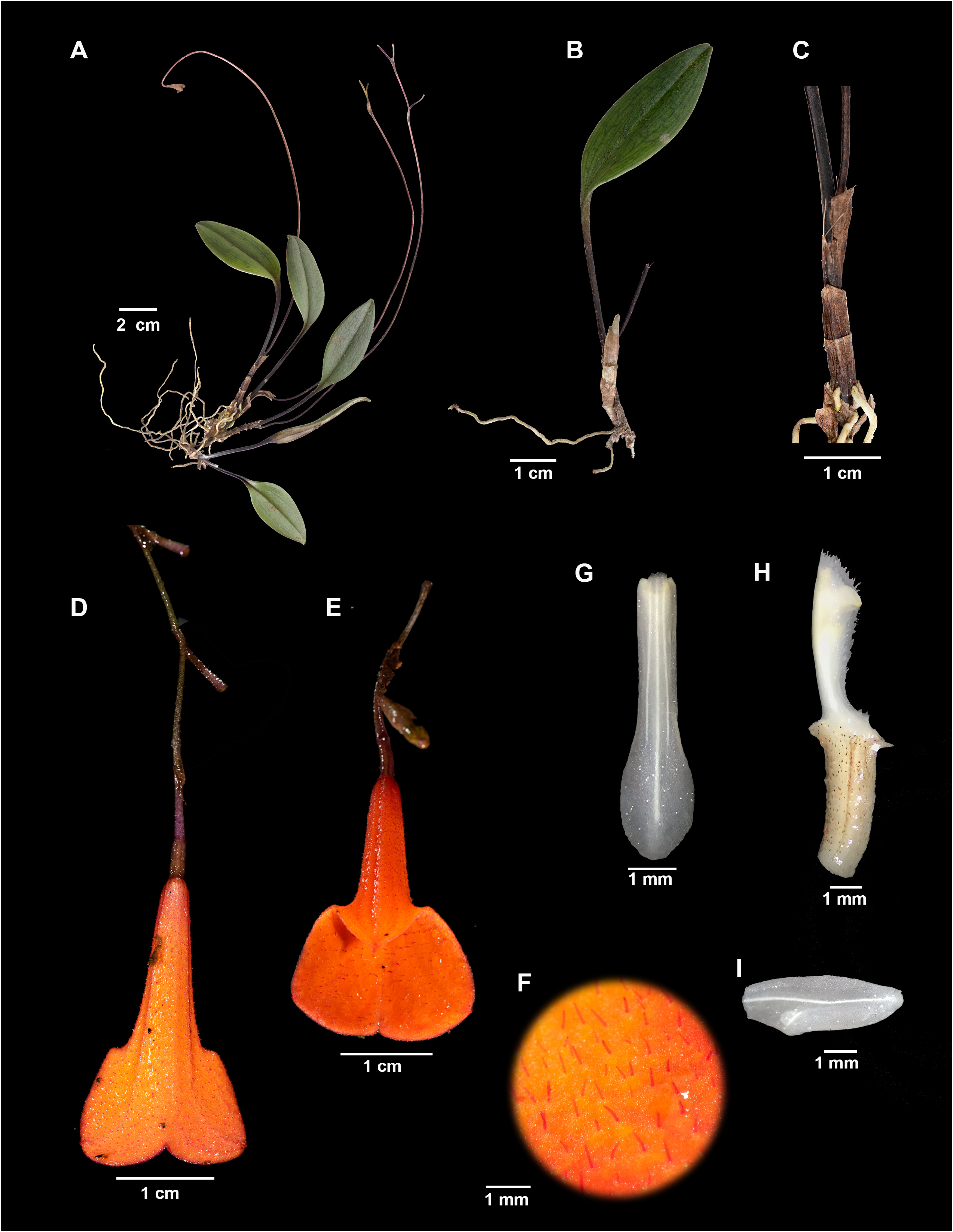 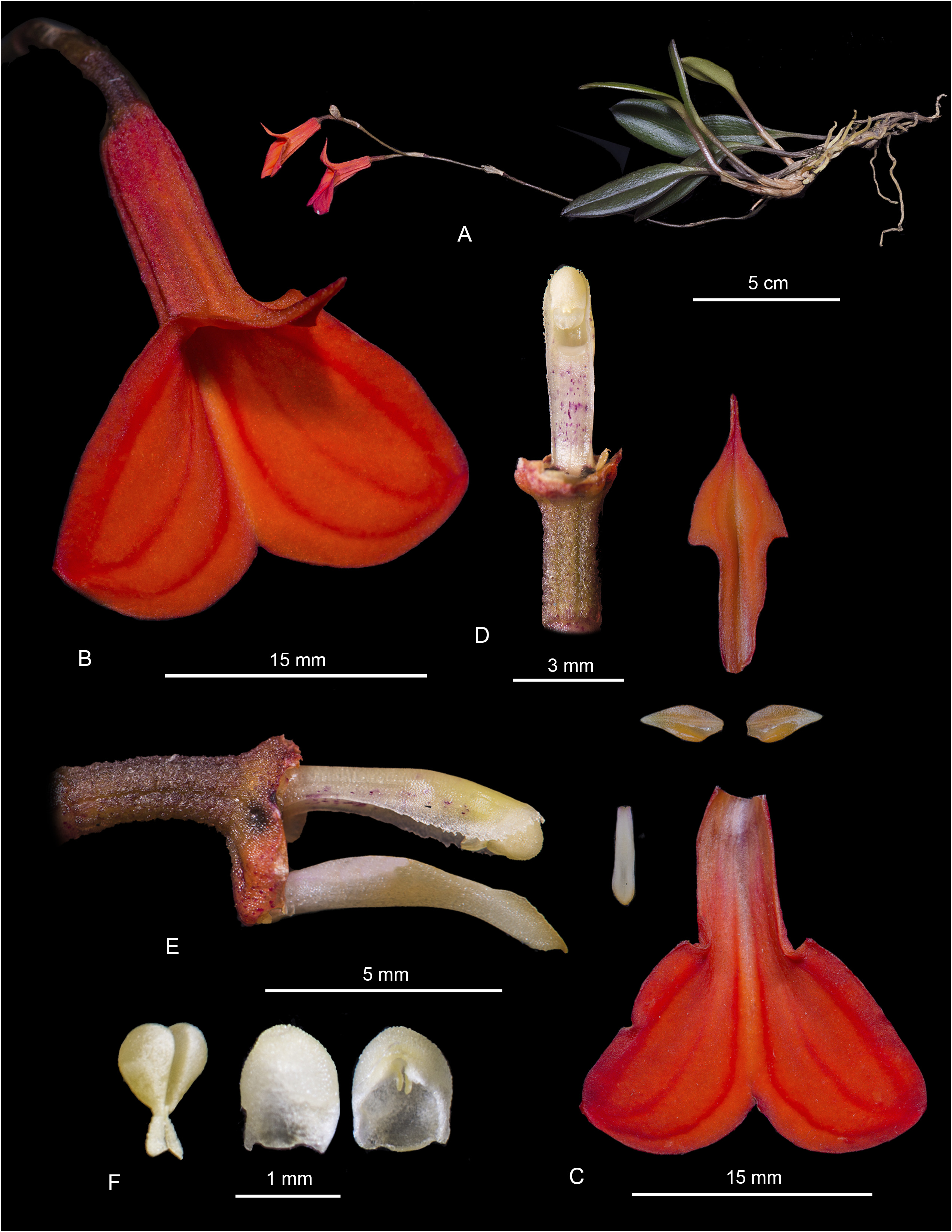