László, Gyula M. & Vetina, Alvaro A., 2019, Contribution to the knowledge of the Nolini of the Maputo Special Reserve in South Mozambique with description of two new species and several taxonomic updates (Lepidoptera, Nolidae, Nolinae), Zootaxa 4571 (2), pp. 225-246: 230-233

Diagnosis. M. maputuana   sp. n. is the Southern African sister species of M. omphalota ( Hampson, 1903)   (figs 19, 20, 54, 74) differing from that in the following features: the new species is somewhat larger in size (length of forewing and wingspan of M. omphalota   are 5–6 mm and 12–13 mm, respectively, while those of M. maputuana   are 6–8 mm and 13–16 mm, respectively), its forewing ground colour is much darker greyish brown with less prominent greyish orbicular stigma frequently fused with a darker, quadrangular medio-costal patch, while the forewing of M. omphalota   is much paler, rather whitish grey with sharply defined, more distinct blackish orbicular stigma.

The closely related Mecothrix mineti   occurs sympatrically with the new species in Maputaland, however the two species are easily distinguishable by the following characters: M. maputuana   is considerably larger in size (length of forewing and wingspan of M. mineti   are 5–6 mm and 12–13 mm, respectively, while those of M. maputuana   are 6–8 mm and 13–16 mm, respectively), having conspicuously wider forewings and darker ground colour of fore- and hindwings compared to those of M. mineti   ; in addition, the new species has larger, somewhat less sharply defined orbicular stigma, often fused with a dark grey, quadrangular medio-costal patch, while the smaller orbicular stigma of M. mineti   is darker grey than that of M. maputuana   and only rarely fused with the rather pale costal patch. In the male genitalia, besides the above mentioned difference in the shape of the cornutus, further distinctive character is expressed by the configuration of the harpe, which is considerably slimmer, and less scurved in M. maputuana   than in M. mineti   . In the female genitalia the new species has significantly longer and thicker ductus bursae and somewhat longer pair of finger-like signum bursae compared to those characters of M. mineti   . 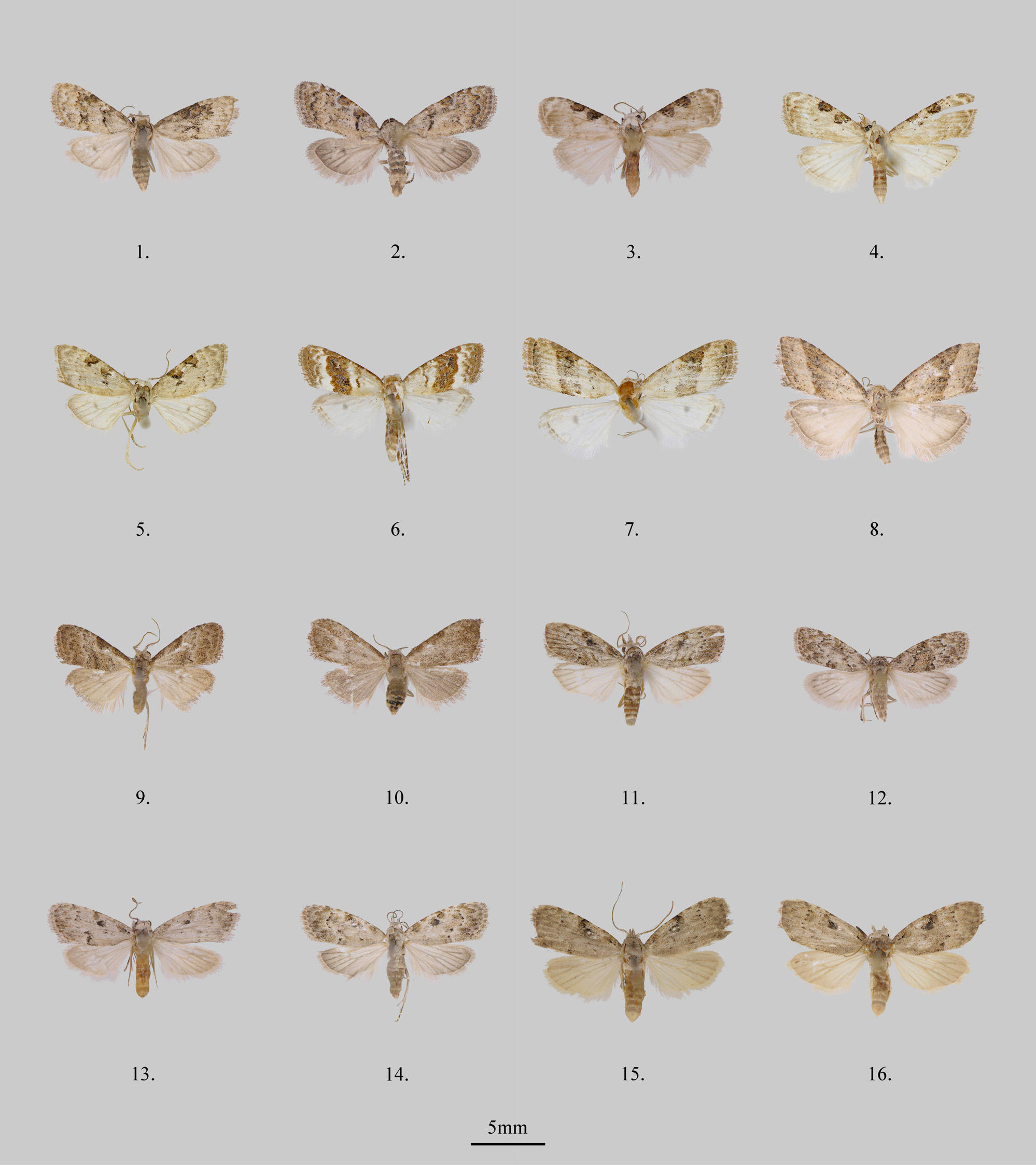 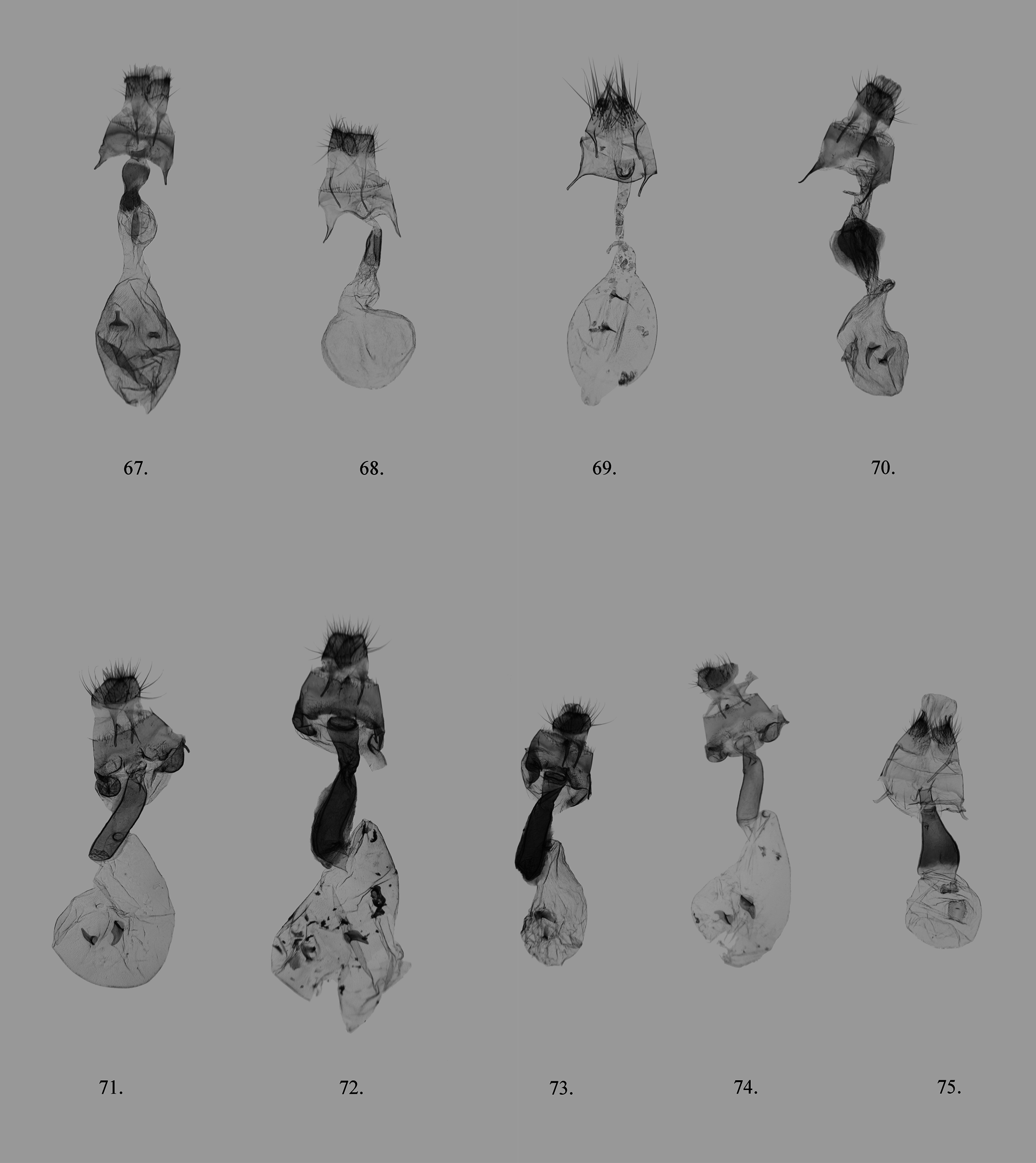