Head broadest at very large, strongly convex and coarsely faceted eyes, HL 0.16–0.18 mm (mean 0.17 mm), HW 0.23 mm; tempora in lateral view as long as about 1/4 of the longest diameter of eye; vertex distinctly convex, posterior margin of vertex demarcated from the 'neck' region by sharp and distinctly elevated ridge slightly but distinctly emarginated at middle; tempora posteriorly abruptly bent mesad, forming a distinct angle; frons indistinctly impressed between prominent supraantennal tubercles. Punctures on frons and vertex inconspicuous; setae short, sparse and suberect. Antennae slender, AnL 0.43–0.45 mm (mean 0.44 mm), less than half as long as body, club distinctly delimited; antennomeres I and II each about twice as long as broad; III –VIII each indistinctly transverse or about as long as broad, IX –X each slightly transverse, XI slightly longer than X, about as long as broad.

Aedeagus ( Figs 26–27 View FIGURES 24–33 ) moderately slender; AeL 0.20 mm; in ventral view basal capsule about as long as distal region, narrowed distad; distal region laterally delimited from sides of basal capsule by a stepwise broadening, broad, subtriangular, with apex broadened and forming a small subtriangular plate with a nearly straight apical margin, in lateral view its distal half is weakly curved dorsad; in lateral view area above parameral bases forming a long projection with sinuate margins; parameres with apices rapidly bent laterad at a nearly right angle, each with one long apical and one short subapical seta.

Remarks. This species can be easily identified on the basis of the emarginate posterior margin of the vertex which in both sexes is elevated, and the unusually shaped apex of the aedeagus.

In the original description, Franz (1986) gives additional collecting data for the type series, not included in the labels: 19.04.1982. Franz (1986) mentioned ten specimen included in the type series, of which the holotype seems to have been properly fixed (the term " Holotypus " was used and the collecting and label data are sufficient to identify this specimen). The holotype is in a poor condition ( Fig. 19 View FIGURES 18–23 ) and lacks the aedeagus, but the head is preserved and the uniquely emarginate posterior margin of the vertex appears identical as that in all remaining specimens identified by Franz as P. venezolanus   . In NHMW only eight specimens labeled as paratypes are preserved, together with seven additional specimens apparently collected together with the type series (judging from the same labels), but for some reason not mentioned by Franz (1986) and not labeled as paratypes. 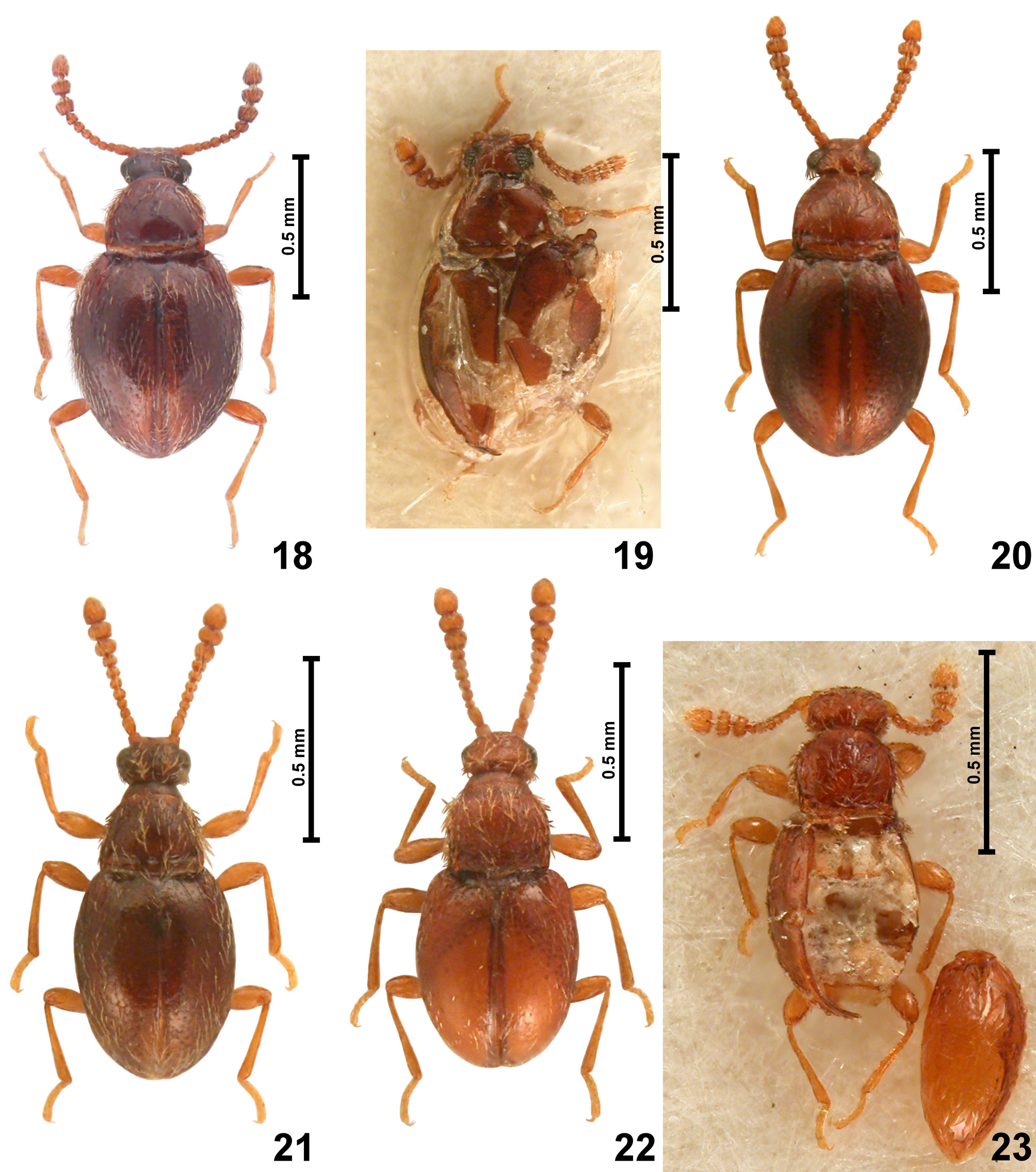 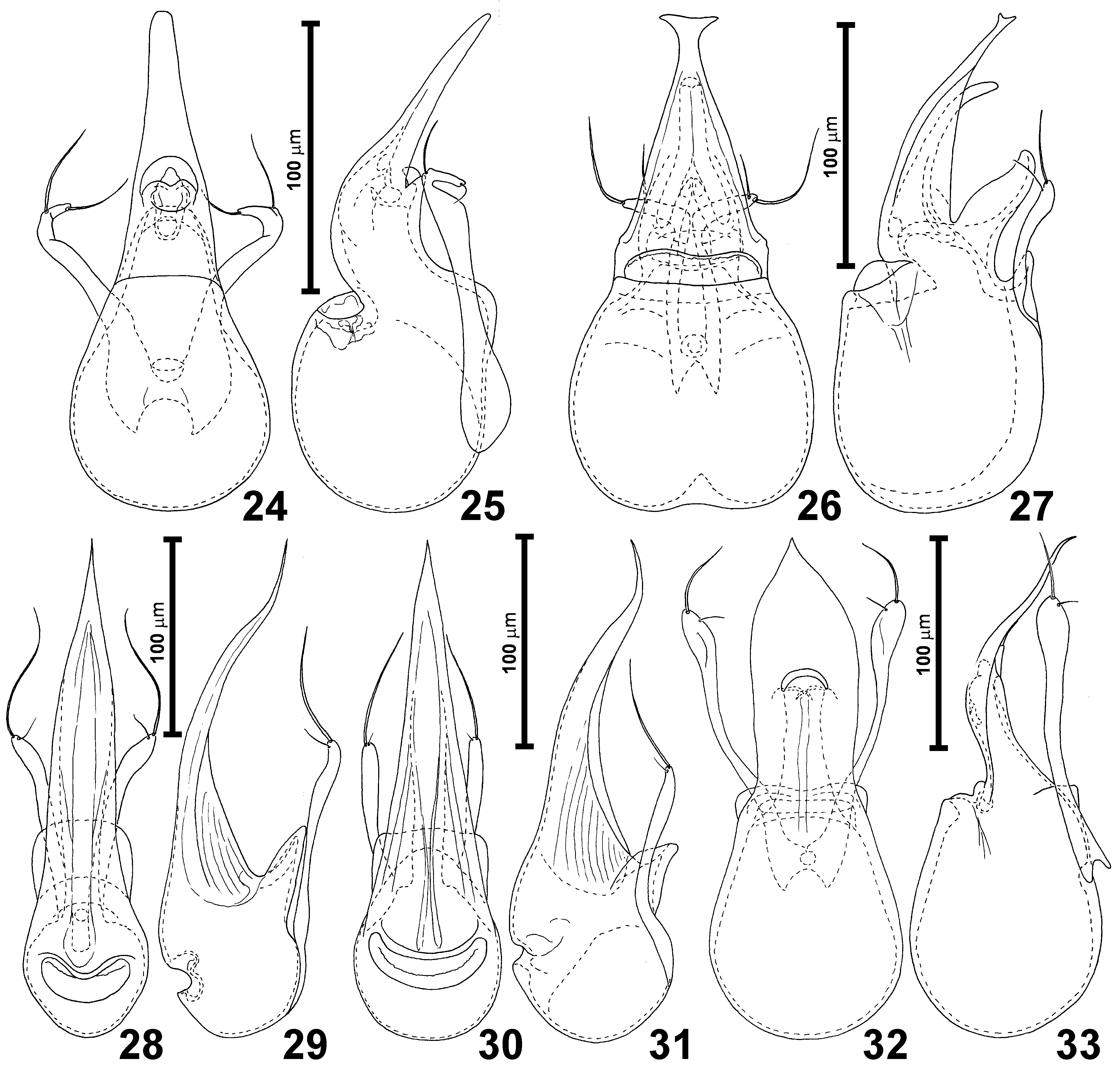 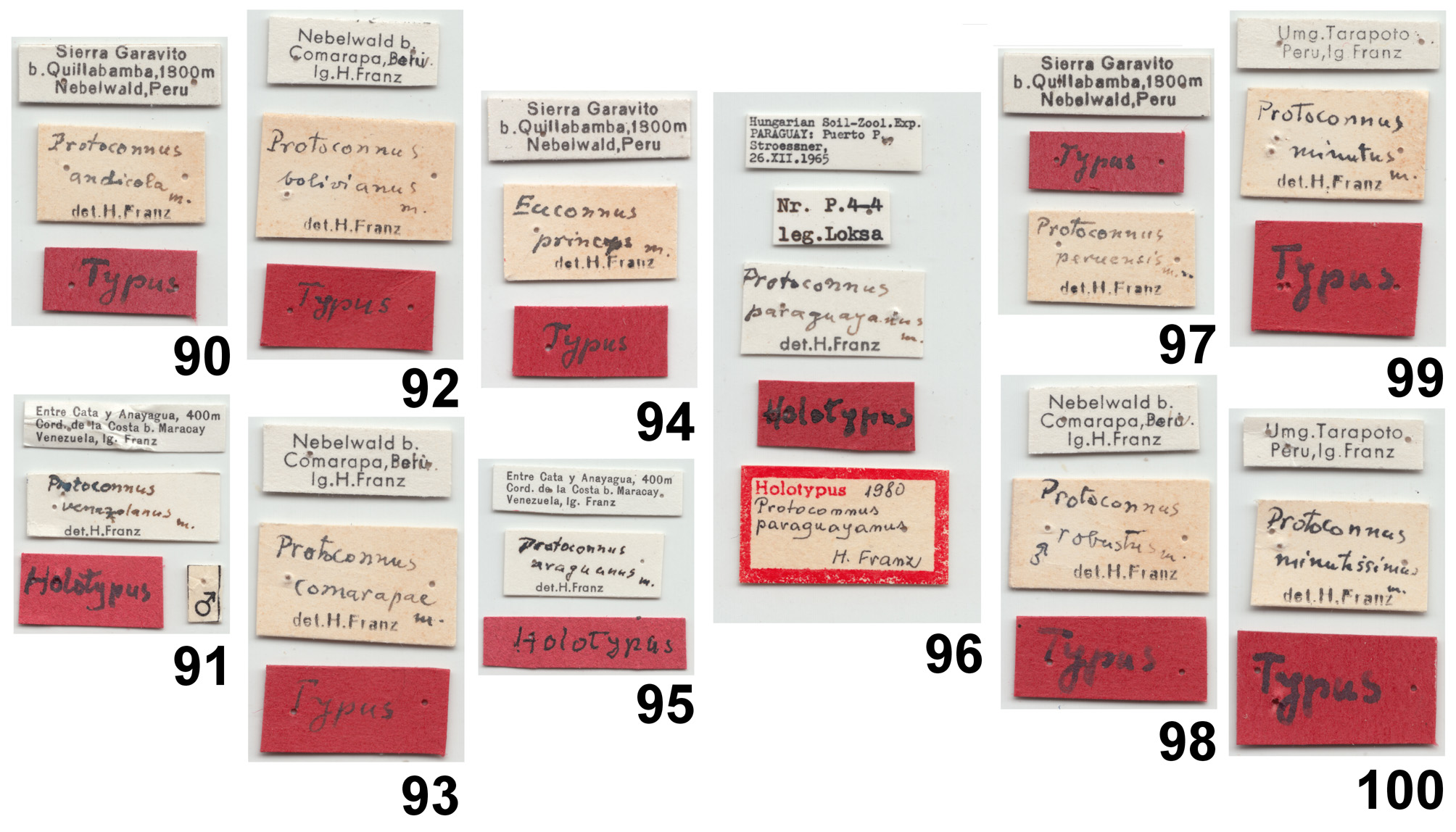