Remarks. Protoconnus angustus   can be easily identified on the basis of its unusually slender body and the shape of the aedeagus, which is very broad at base, its distal region is gradually narrowed toward subtriangular and pointed apex and unusually broad in lateral view. 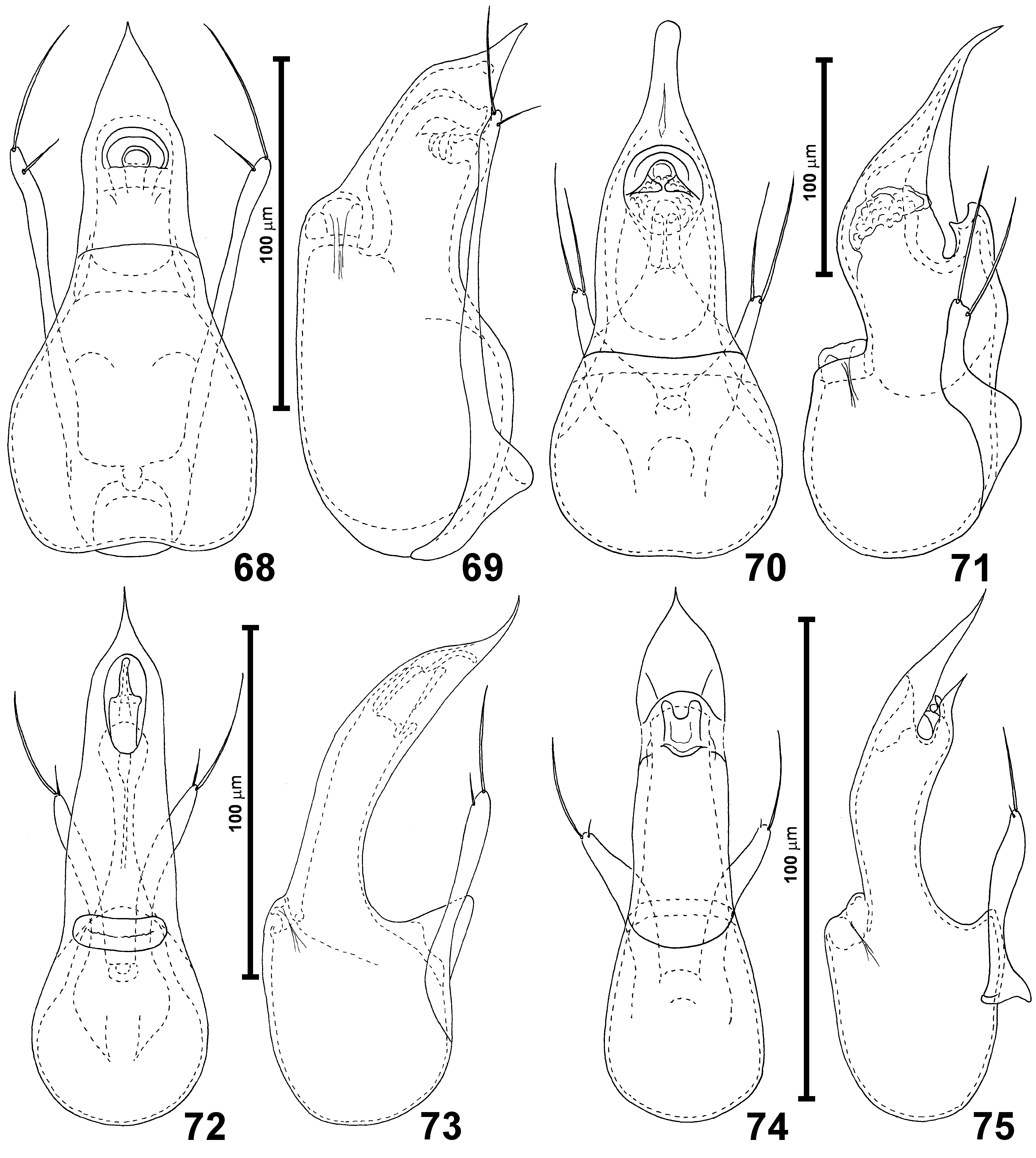