Etymology. Locotypical, after Volcán Barú, the highest mountain of Panama (noun in apposition). Remarks. This species can be easily identified on the basis of its unusual body shape and long, slender antennae with indistinctly delimited club; its aedeagus is similar to that of P. inexpectatus   , but externally these species are strikingly different (cf. Figs 84, 85 View FIGURES 84–85 ). 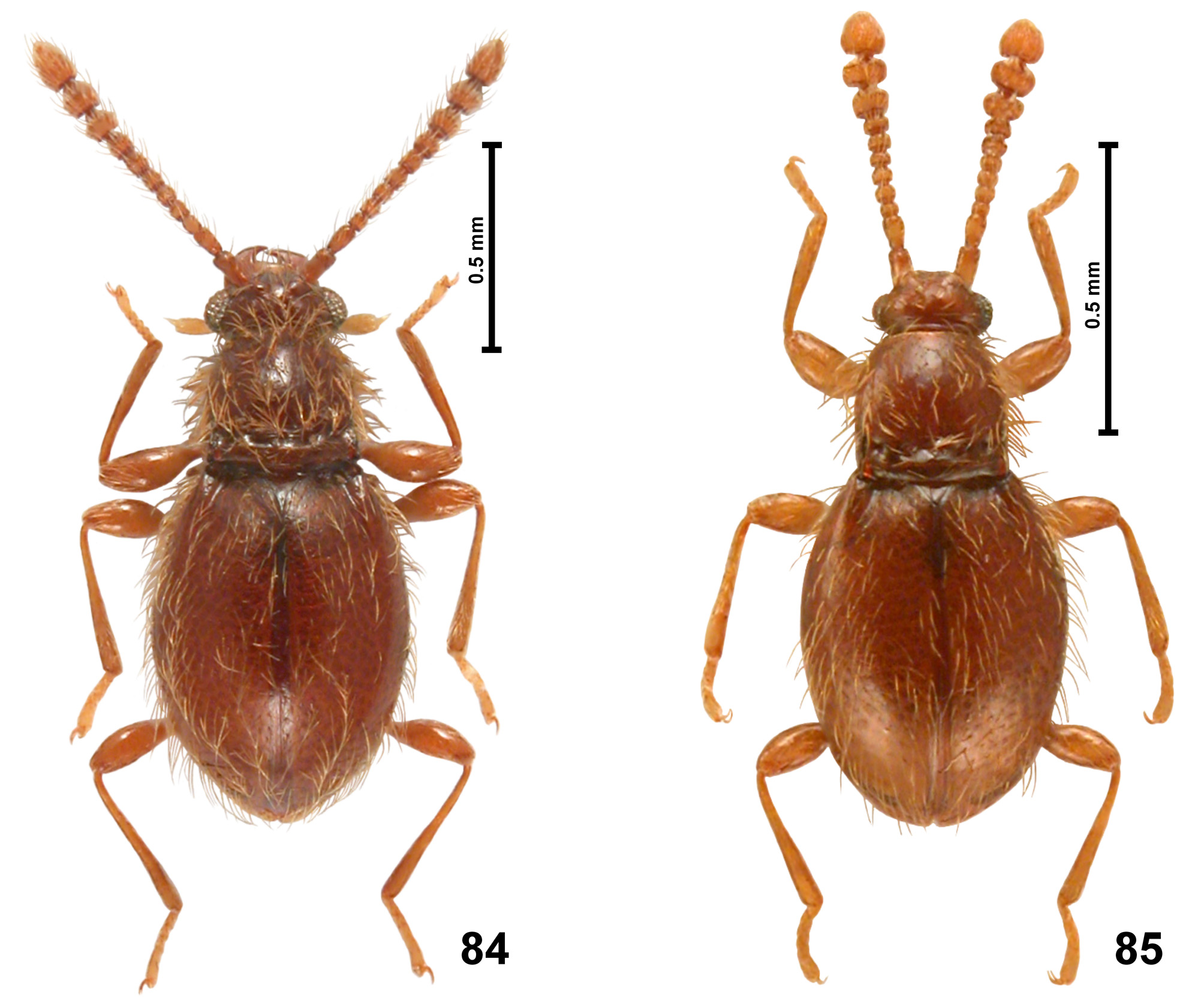