Head broadest at very large, strongly convex and coarsely faceted eyes, HL 0.18–0.20 mm, HW 0.26–0.28 mm; tempora in lateral view as long as 1/6 of the longest diameter of eye; vertex nearly flat, posterior margin straight in its median portion, laterally forming indistinct angles with short rounded tempora; frons flat and broad between small supraantennal tubercles. Punctures on frons and vertex inconspicuous, except for area between supraantennal tubercles, which is densely covered with shallow and diffuse, irregularly distributed punctures; setae short, sparse and suberect. Antennae slender, AnL 0.55–0.58 mm, about half as long as body, club distinctly delimited; antennomere I twice as long as broad, II about 1.5 × as long as broad, III and IV each about as long as broad, V –VII each slightly elongate, VIII about as long as broad, IX and X each slightly transverse, XI much longer than X, about 1.5 × as long as broad.

Etymology. The name magnus   refers to the large body of this species.

Remarks. Protoconnus magnus   is most similar (both in external structures and the shape of the aedeagus) to P. ecuadoranus   ; differences were listed in remarks for the latter species. 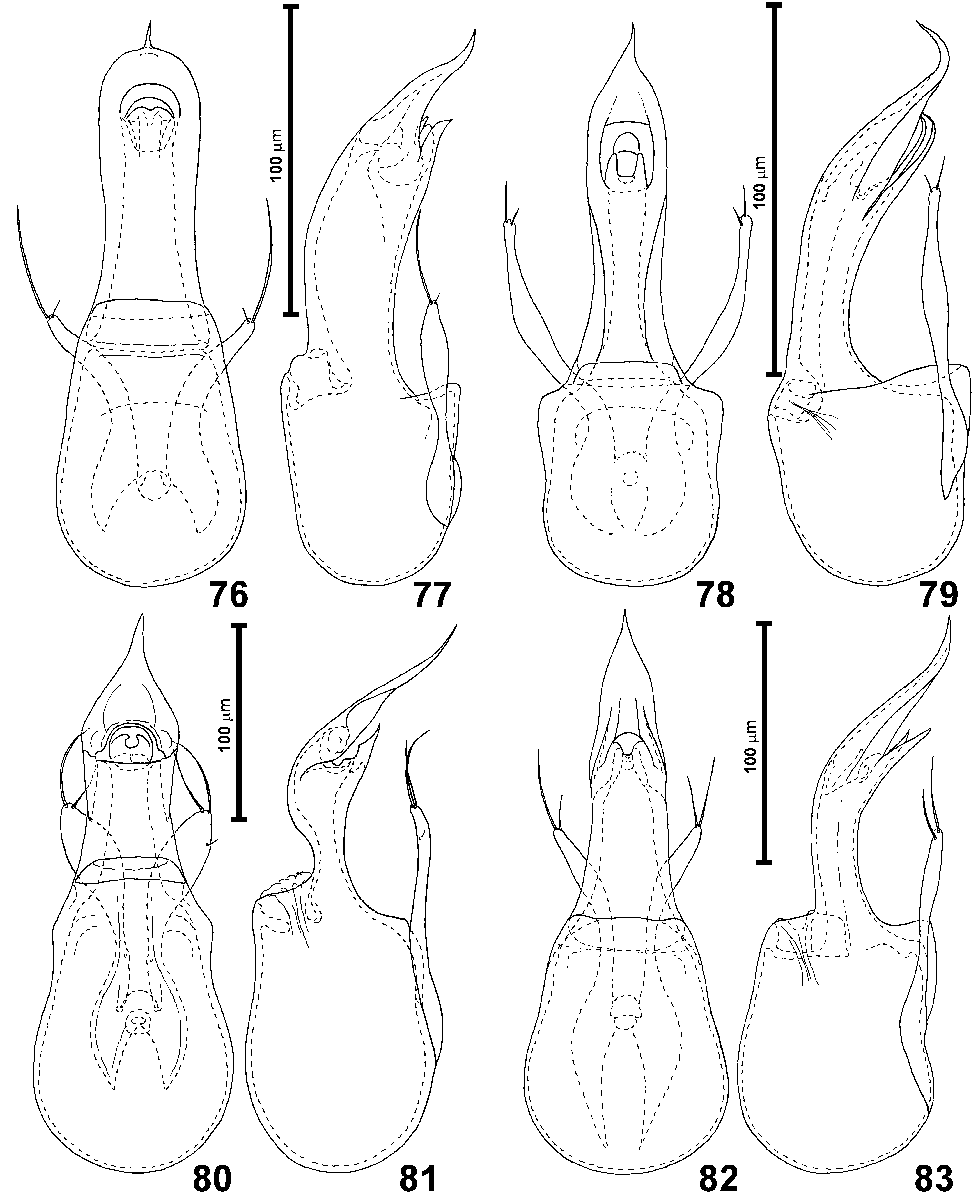