Diagnosis. Within Dicranorhina  , this new species can be separated from all other species by the following character combination: Forewing with recurrent vein 1and 2 not united anteriorly ( Fig. 23View FIGURES 17–24). Hind femur near the base beneath with a distinct tooth ( Fig. 27View FIGURES 25–32). Interocular distance at vertex 1.30 × as long as F1. Setae on anterior sides of mesoscutum silvery ( Fig. 25View FIGURES 25–32).

Etymology. The species is named after Dr. George Mathew, Professor and Head of the Department, Department of Zoology, St. Joseph’s College, Devagiri, Kozhikode, who collected the holotype. 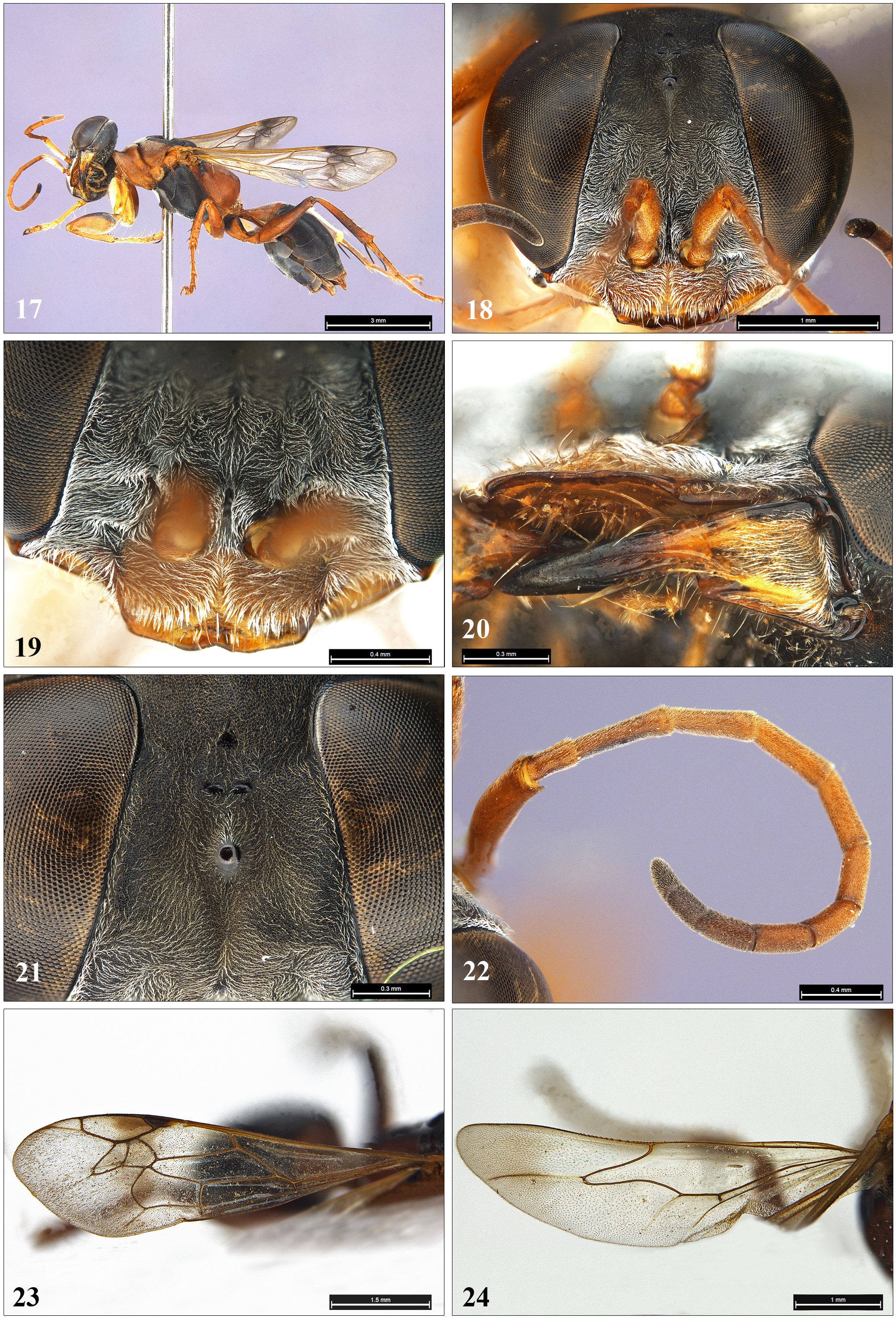 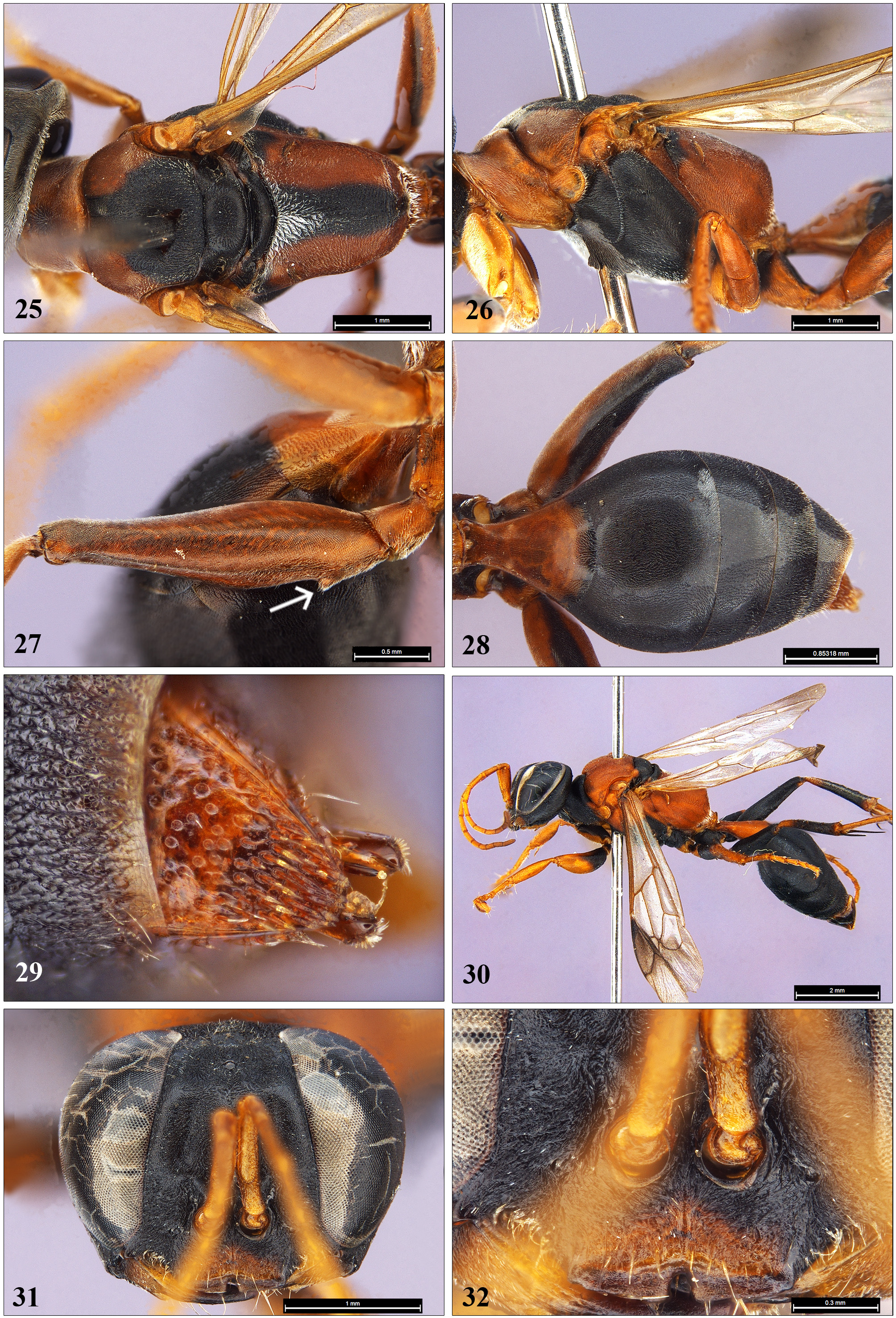