This new species is morphologically very similar to the Eastern Palaearctic Rh. heterospiloides (Belokobylskij)   , but differs from the latter by having the malar space 0.45 times height of eye and 0.9 times basal width of mandible (vs 0.3 and 0.55 times, correspondingly), pronotal carina situated more closely to mesoscutum (vs situated submedially), second radial abscissa (3-SR) of fore wing 1.1 times as long as first radiomedial vein (2-SR) (vs only 0.8 times), hind femur 3.7 times as long as wide (vs 3.2 times), ovipositor sheath 1.3 times as long as mesosoma and 0.55 times as long as fore wing (vs about 2.0 and 0.75 times, correspondingly), and it is also distributed in the Afrotropical region (vs the Eastern Palaearctic). 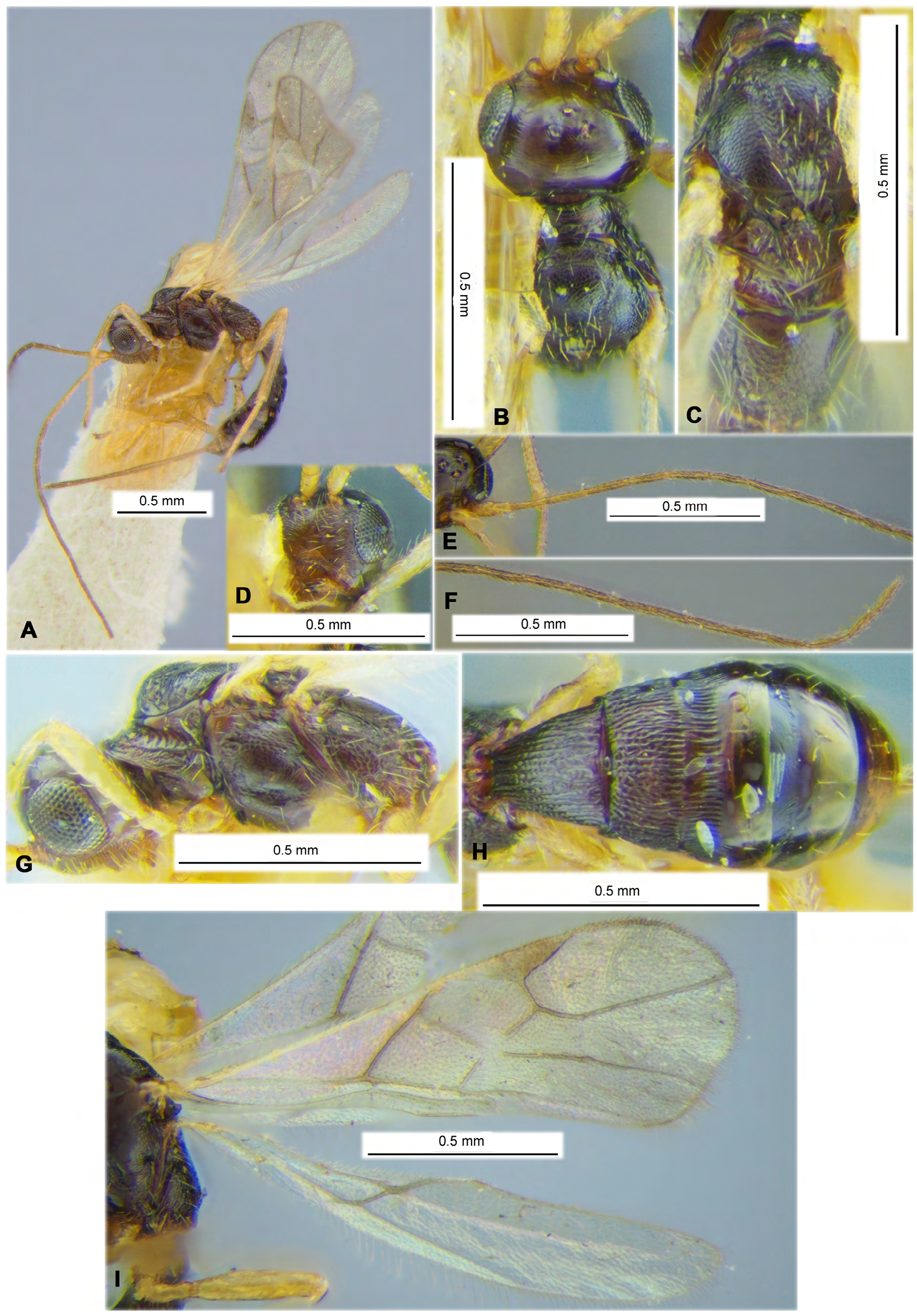