Leaf mine. As with Chrysaster  and Leucanthiza  , the larva forms a flat, upper-surface blotch mine that is abandoned prior to pupation ( Figs. 1–2View FIGURES 1–4).

Generic placement. This species was originally placed in Lithocolletis  , listed by Davis (1983) under Phyllonorycter  , and assigned by Davis (2019) to the monobasic genus Anarsioses  .

Review. Braun (1930) first reared this species from larvae mining leaves of Desmodium canescens  and D. paniculatum in Adams Co.  , Ohio. Braun (1939) reported rearing further specimens from Arkansas, Kentucky, Missouri, and South Carolina, and found empty mines in Tennessee. Heppner (2003) recorded this species from Florida and doubtfully from Illinois and Texas, with an additional host record of “ Vigna lutens  ,” a misspelling of V. luteola  . Davis (2019) confirmed the Florida record of V. luteola  and reported rearing Anarsioses aberrans  from Apios americana  and Desmodium glabellum  in Maryland. Leaf mines on A. americana  have also been found in Georgia ( Pucak 2019).

Comments. Braun (1930) collected mines on 21 August with adults emerging 18 to 23 September. Braun (1939) reported an earlier generation mining in late June and early July with adults emerging in July. In North Carolina, larvae have been collected on 2 May, 7 June, and 26 August, with adults emerging on 24 May, 23 June, and by 18 September, respectively; larvae collected in September gave rise to adults the following spring. T.S. Feldman has also photographed occupied mines on 21 July (Scotland Co.; Feldman 2015) and 24 July (Durham Co.; Feldman 2017). It would therefore appear that in the southern part of its range, both larvae and adults of A. aberrans  can be found in every month from April to September, although Heppner (2003) only reported this species from June and September in Florida. 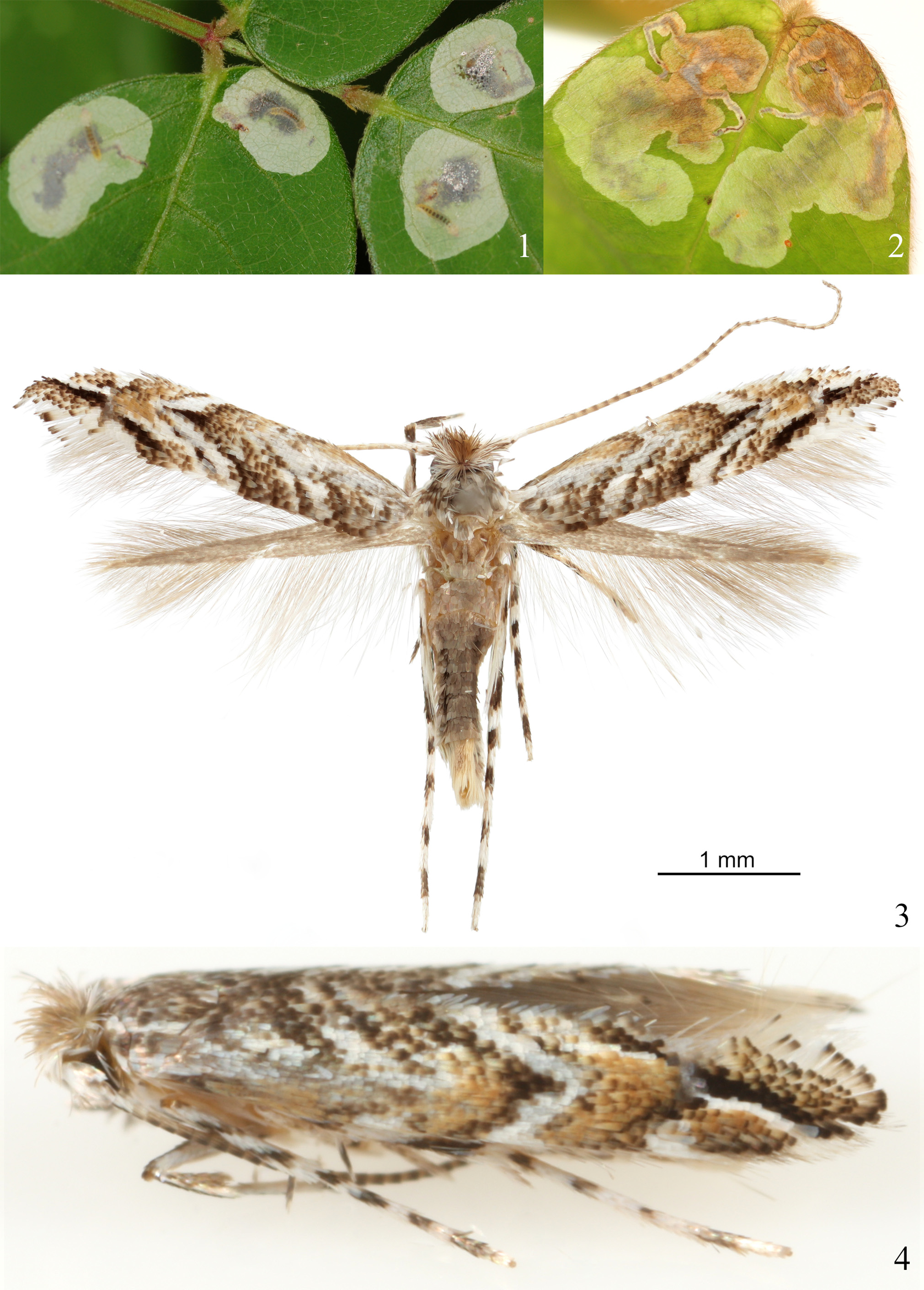