Etymology. − The species name is dedicated to the amazing but endangered exuberant Chocoan Pluvial Forest.

Cercus entirely black, slightly directed upwards ( Fig. 3a View Fig ) and pointed with acute basal tooth mesally in the first third of its length ( Fig. 3b View Fig ), middle region of cercus concave, followed by a post-median expansion armed with 7-8 strong spines on internal margin and dorsally with a prominent tubercle excavated, paraproct vestigial ( Fig. 3c View Fig ), in lateral view extending scarcely beyond at base of cercus, approximately 24 % of cercus length; tips of cerci in natural position crossed.

Measurements (in mm). − Abdomen without appendages 42.0, cercus 1.06, paraprocts 0.87.Elongation ratio of the first post-quadrangular cell 2.0-2.1. VARIATION. − Male paratype as holotype, but RP2 vein arising in 3 Px, in 4 Px and 3 Px in left and right Hw respectively.

DIAGNOSIS. − Morphologically the new species is closely related to A. guayaraca DE MARMELS, 1982, A. latialatus DONNELLY, 1981 and A. tuberalatus ( WILLIAMSON, 1921). With this latter it shares the presence of an robust basal tooth (specimens examined from Choroní, Aragua), although in A. tuberalatus the basal tooth can be vestigial, visible just as a slightly rounded projection. GARRISON (1982) has suggested that the tooth can show variations in size and that these variations are geographical [i. e. A. latialatus ( GARRISON, 1982: 10)]. The paraproct is, in A. chocoanus , underdeveloped, as in A. guayaraca , A. tuberalatus and A. latialatus . The character which most closely relates A. chocoanus with A. latialatus is, however, the acute and curved cercus ( GARRISON, 1982: fig. 22), being notoriously longest in A. chocoanus . Marginal cell after quadrangle is in A. chocoanus longer and narrower than in all other species described to date, but most similar to A. grandis ( RAMBUR, 1842) and A. regalis ( GLOYD, 1944).

In color pattern, A. chocoanus comes close to A. neblina GARRISON, 1982, nonetheless it is important to note that on mesepisternum A. chocoanus has the green stripe complete, whereas A. neblina has a thin stripe bordered by the posterior pleural suture. Also in A. neblina the metasternum is largely black while in A. chocoanus it is mostly yellow, resembling A. guayaraca . Posterior hamule bear a short and rounded tip, as in A. guayaraca . The genital ligula of A. chocoanus (ligula ovate with ventral arm not touching tip) belongs to group 3 as proposed by GARRISON (1982), although the post-mortem variation of this structure is suspected to be particularly problematic when defining intrageneric groups. In the two A. chocoanus males examined, the ventral arm is in contact with the tip of the ligula.

FINAL REMARKS. − The specimens of this colorful species were collected in a secondary forest. Days before our visit to the locality, according to our guide, there was a bulldozer opening way through the dense forest. This destructive practice is conducted to determine locations of new platinum prospecting camps and for introducing machinery. We ingressed through one of these roads, and there we had the first sighting of A. chocoanus , perched on leaves, ca 2 m above ground, of about 10 m high Sapotaceae and Bombacaceae trees. The violent and powerful flight of this species is noteworthy, and detection of two males was possible thanks to the audible impact produced when they landed on leaves of woody vegetation. Their evasive behavior, flying to the trees tops when disturbed, is also uncommon in the genus.

In July 2007 and July 2010, two more expeditions were carried out to the area in order to find the larva, but without success. Adults were not seen either. Unfortunately, the progressive loss of forest, due to mining activities and timbering practiced by the “colonos”, makes the rediscovery of the species at the type locality most unlikely. Future efforts must be made to determine the extent of its distribution range. Provisionally it is considered here as an endemic element of biogeographic Chocó. 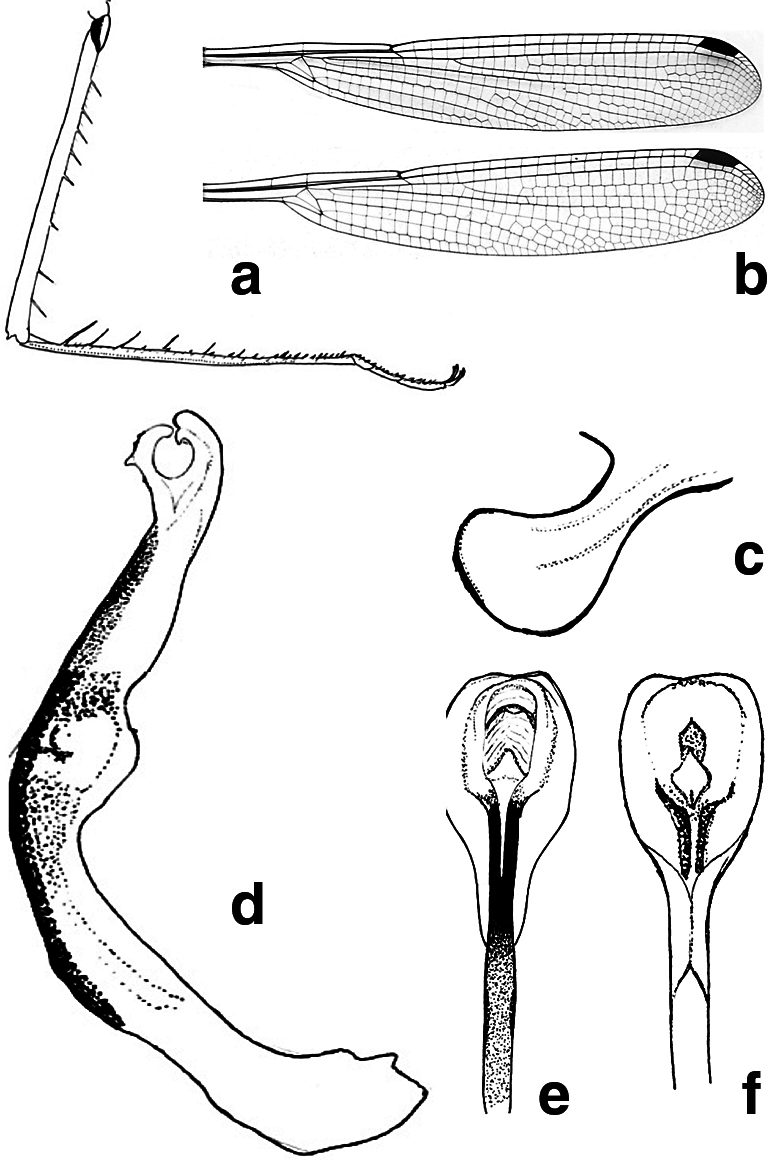 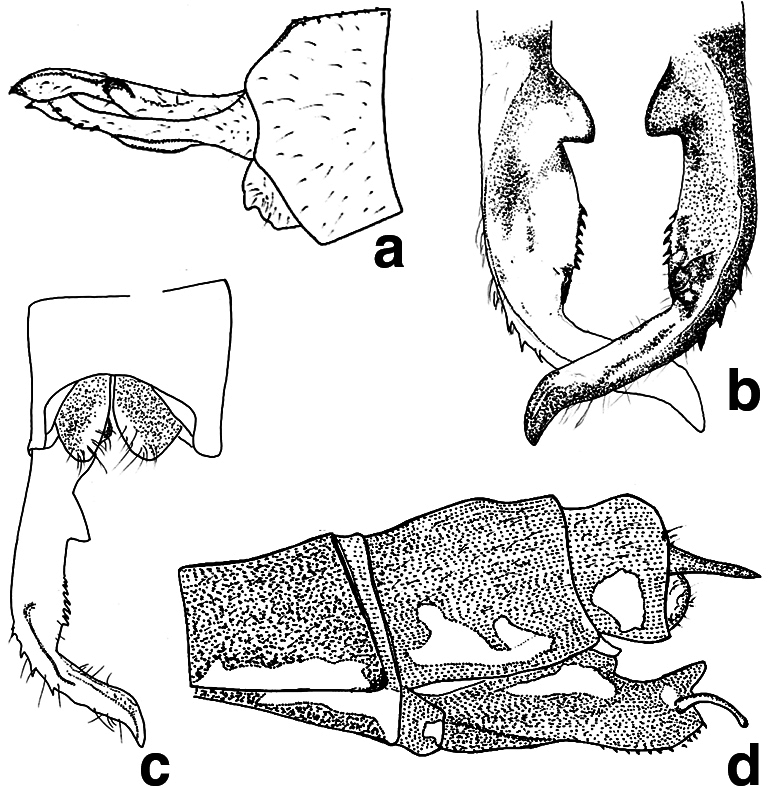