Etymology. The specific epithet is formed from the surname of Yanjun Li, in recognition of his donation of this specimen to the fossil collections of CNUB.

Remarks. The new species differs from the second species preliminarily assigned to the genus (see below) by some details in the venation as indicated in the species diagnosis.

The presence of the distally-bifid mediolongitudinal suture in the first abdominal tergite is a synapomorphy of Neuropterida ( Achtelig 1975; Kristensen 1991). This structure in Kareninoides lii  gen. et sp. nov. is well developed, although not especially different in shape from that of the extant osmylid Osmylus fulvicephalus Scopoli  ( Achtelig 1975: Fig. 9). In general, the structure of the first abdominal tergite is examined only in few taxa of Neuroptera  , although it might be useful in phylogenetic reconstructions.

We explain the slight difference in shape especially noted between the left (wider) and right (longer) hind wings as a result of post-mortem plastic distortion, extension of the matrix along the plane of the length of the right hind wing. 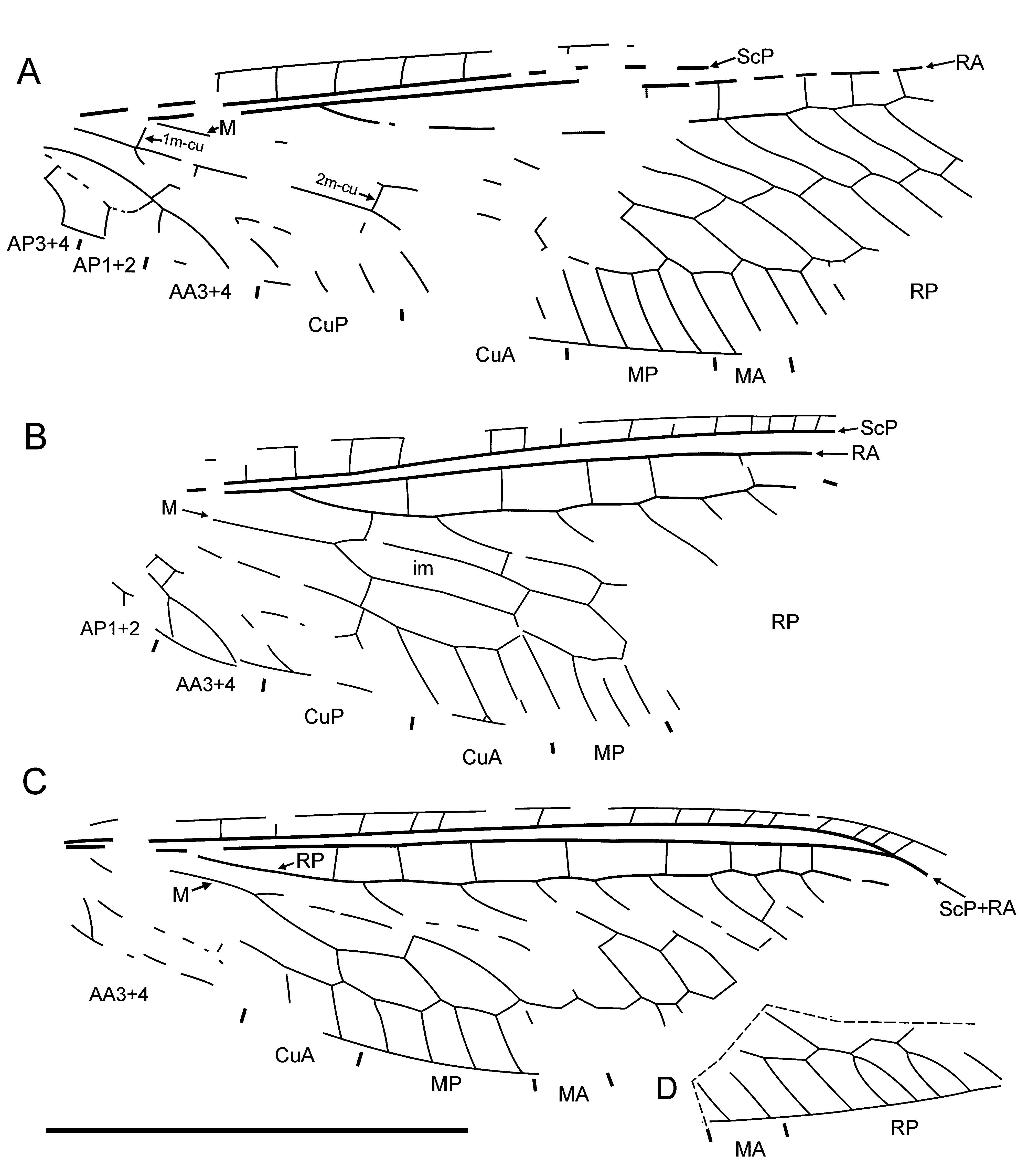 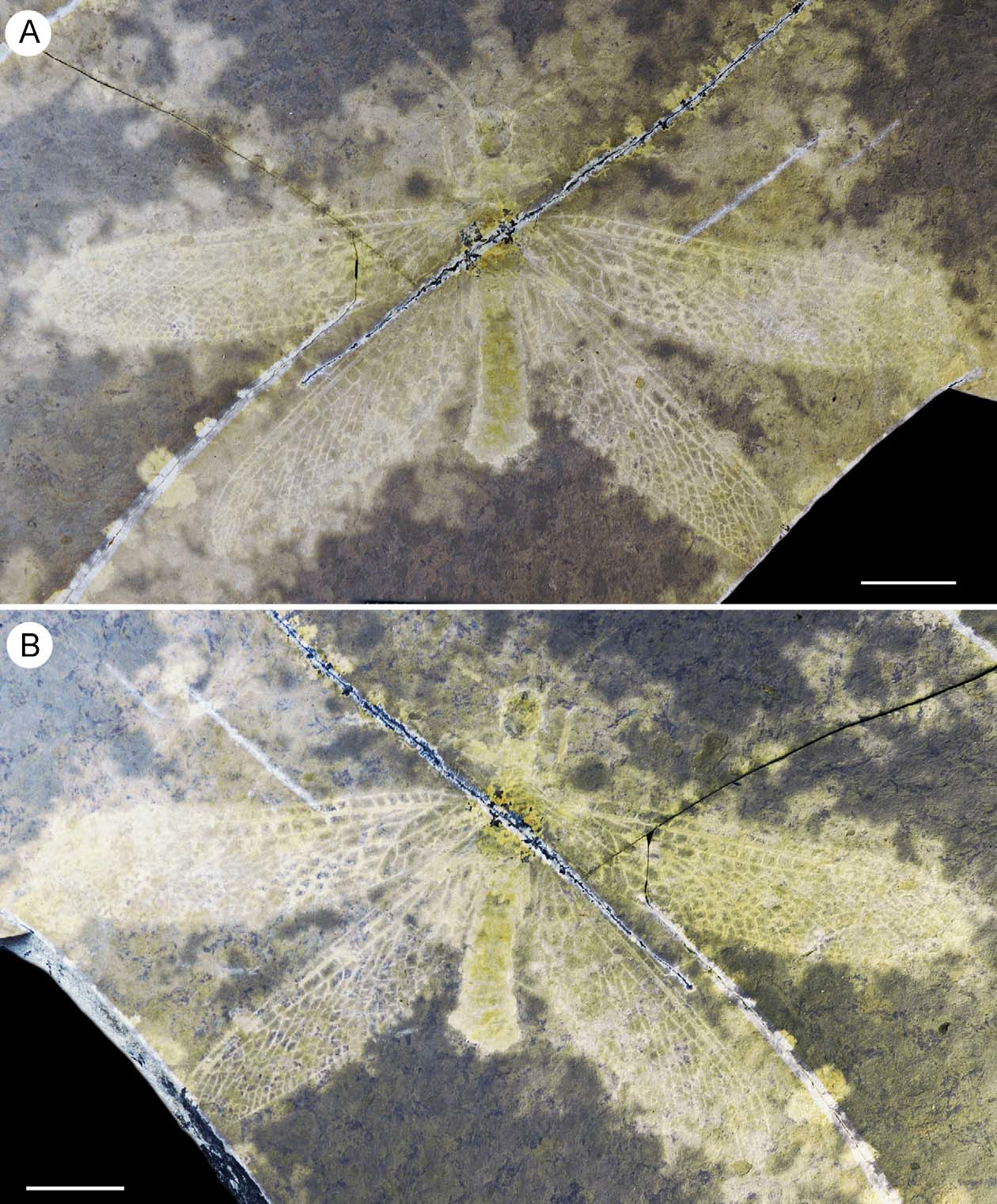 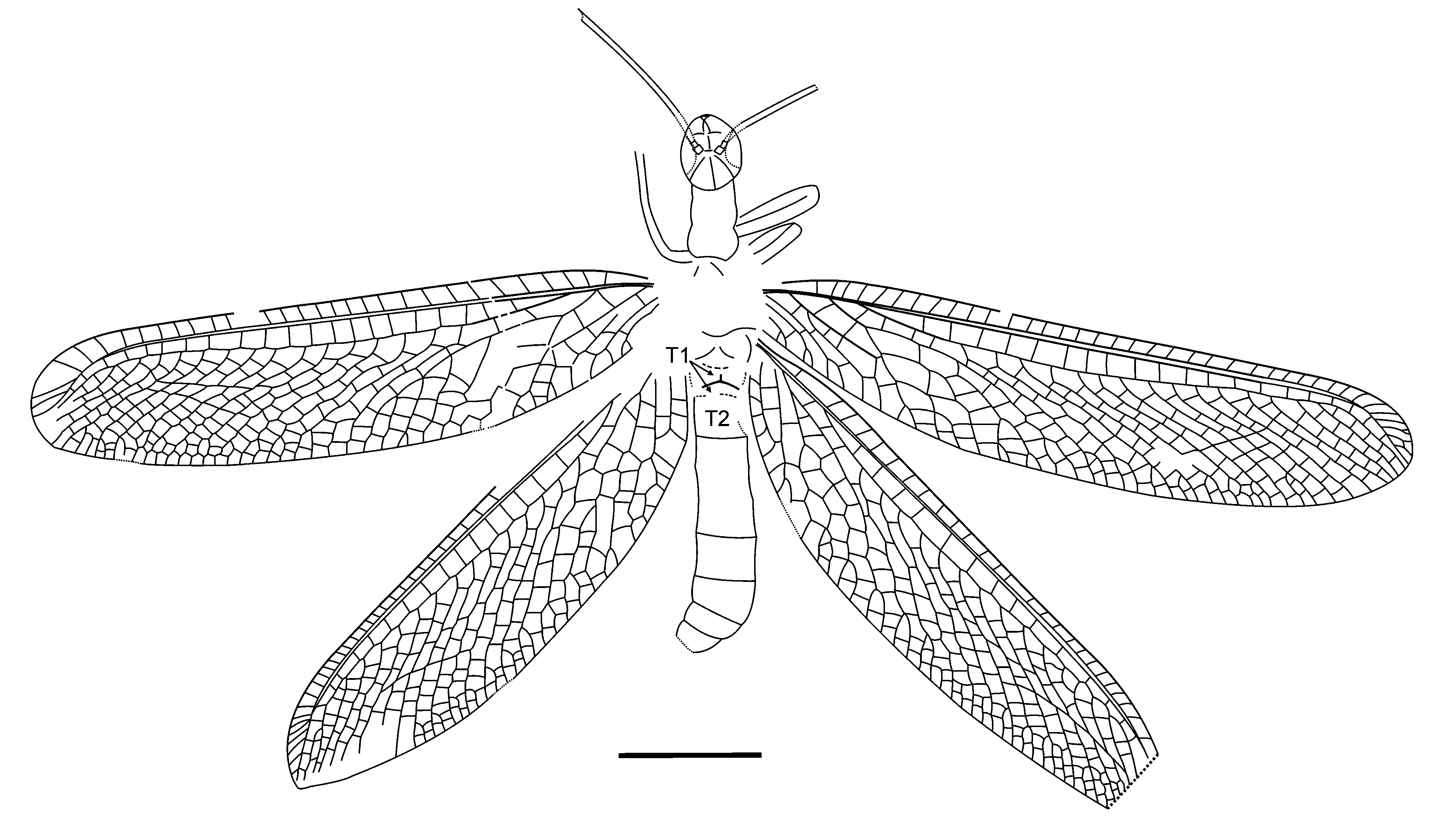