Remarks. This species resembles the Australian Melanagromyza anceps Spencer  and M. avicenniae Spencer  in the body coloration and the characteristic form of the phallus, but its frons is narrower, the gena is broader, and acr are arranged in denser rows than those of both species. It is more closely related to the former species than the latter in size and chaetotaxy: in M. anceps  , wing is 1.9 mm long, dc is two, and the distiphallus is distinctly bifurcated before end (Spencer 1977 b: fig. 6), while in M. avicenniae  , the wing is 3.2 mm long and there are three dc (distal part of distiphallus is illustrated indistinctly, fig. 11). 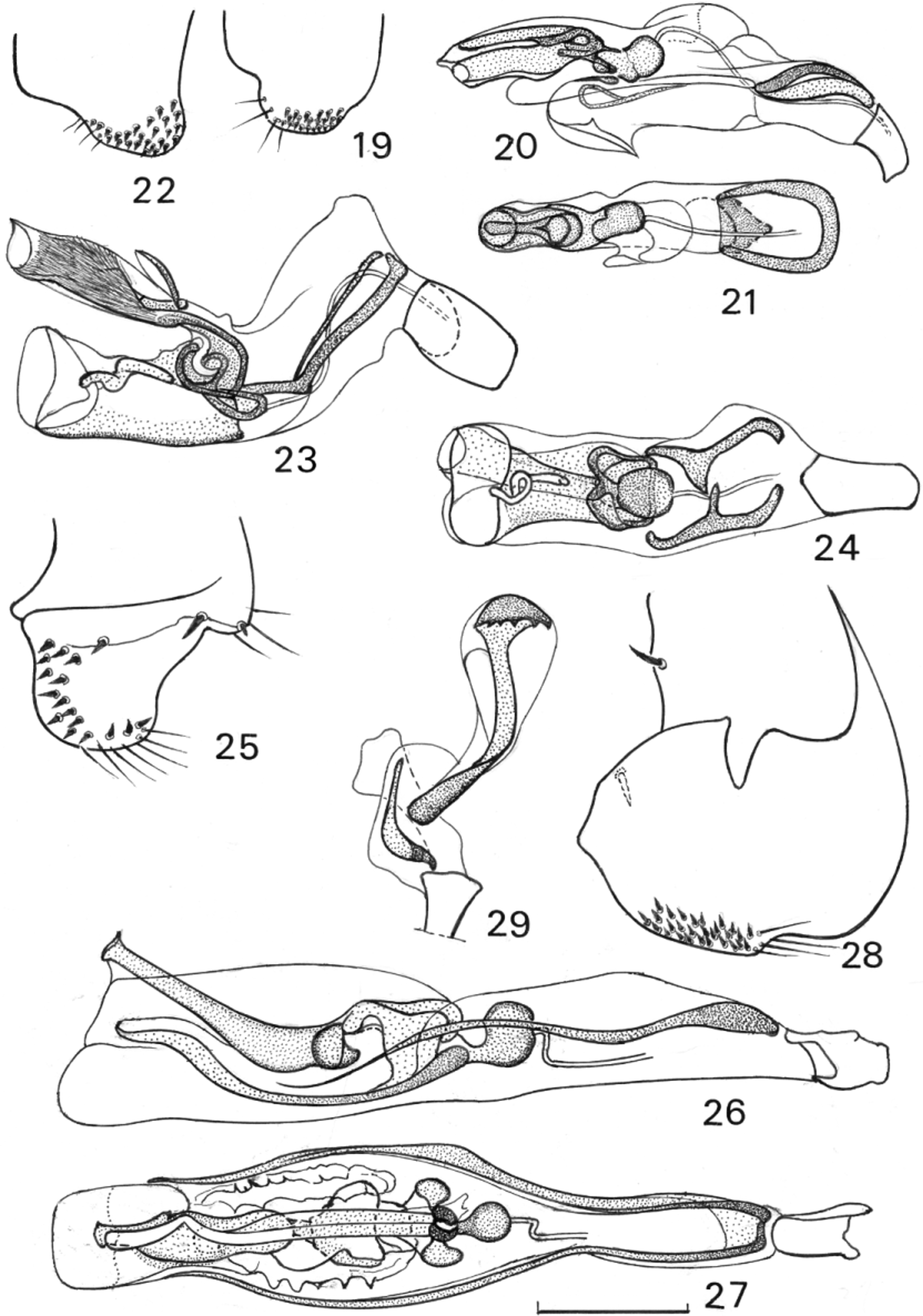