Bledius caribbeanus   and B. hermani   are two morphologically similar species, however they show very distinct distributions, the first species is distributed in Jamaica, Dominican Republic and Trinidad and Tobago ( Frank & Ahn 2011), and B. hermani   occurs in all the Brazilian coast, from the states of Rio Grande do Norte to Rio Grande do Sul ( Rosa et al. 2013).

The only differences between the two species known to literature were described by Caron & Ribeiro-Costa (2007), one being the number of prominent setae on the sternite VII. This difference was not confirmed in this study; therefore, we suggest that this difference is not valid. Also, the fine setae around the apex of the accessory gland represented in Fig. 23 View FIGURES 22 – 31 ( Caron & Ribeiro-Costa 2007) is unfounded, probably being a mistake.

Although, some differences from literature have been validated, one being the size, Bledius caribbeanus   is slightly larger (1.7–2.5mm) than B. hermani   (1.76–1.84mm), and in relation to color of the body, being B. caribbeanus   entirely dark brown to black, while B. hermani   is reddish to dark brown, with the elytra yellowish with brown spots on the internal margin ( Fig. 5 View FIGURES 1 – 6 ) ( Caron & Ribeiro-Costa 2007).

In this study, we extended the distribution of Bledius hermani   for a new Brazilian state, Rio de Janeiro, and a new locality in the state of Sergipe.

About Bledius caribbeanus   , in this study, the distribution of B. caribbeanus   is corrected, not occurring in Brazil and being restricted to the Caribbean Sea (see remarks under B. depressus   , sp. nov.). 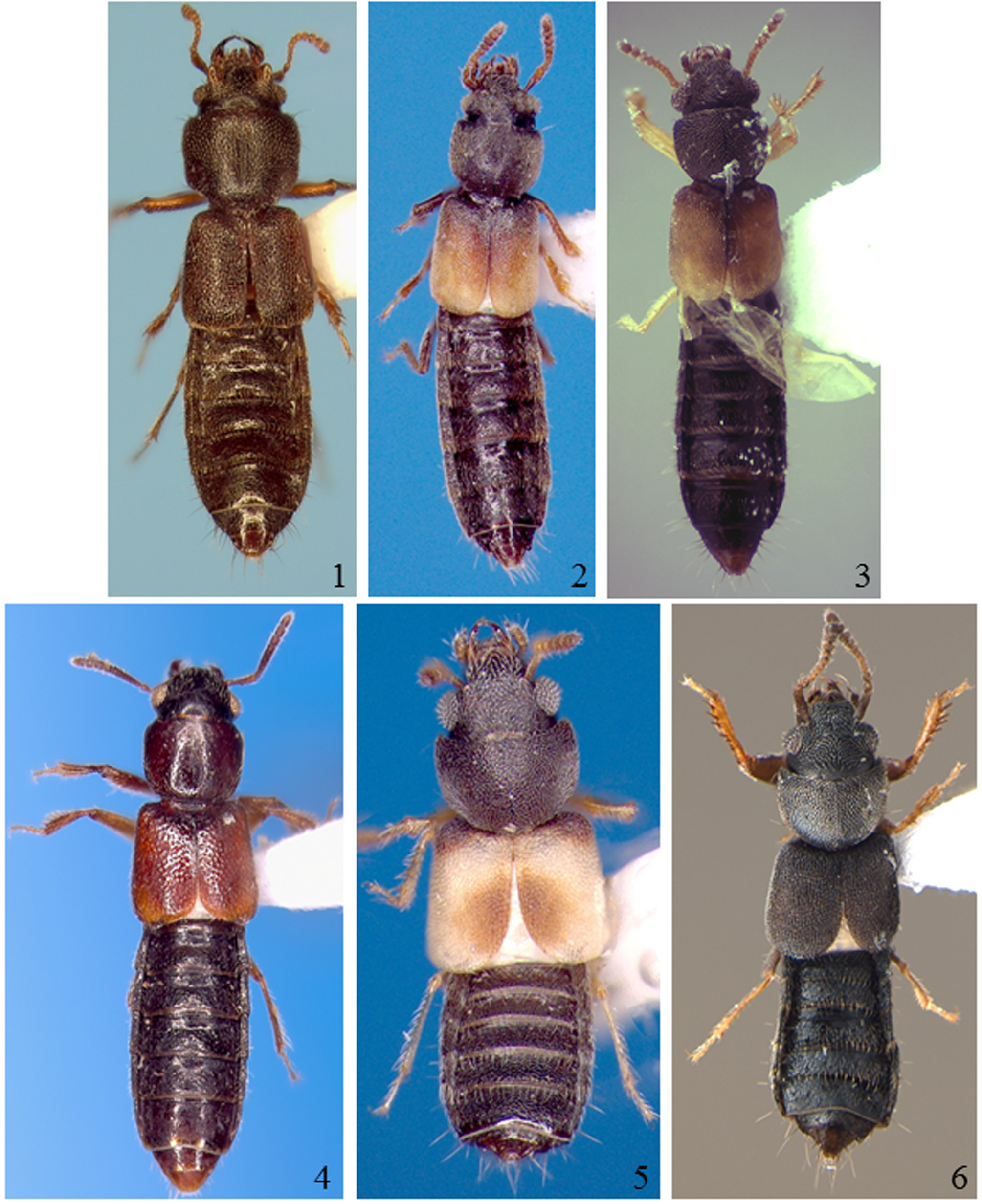 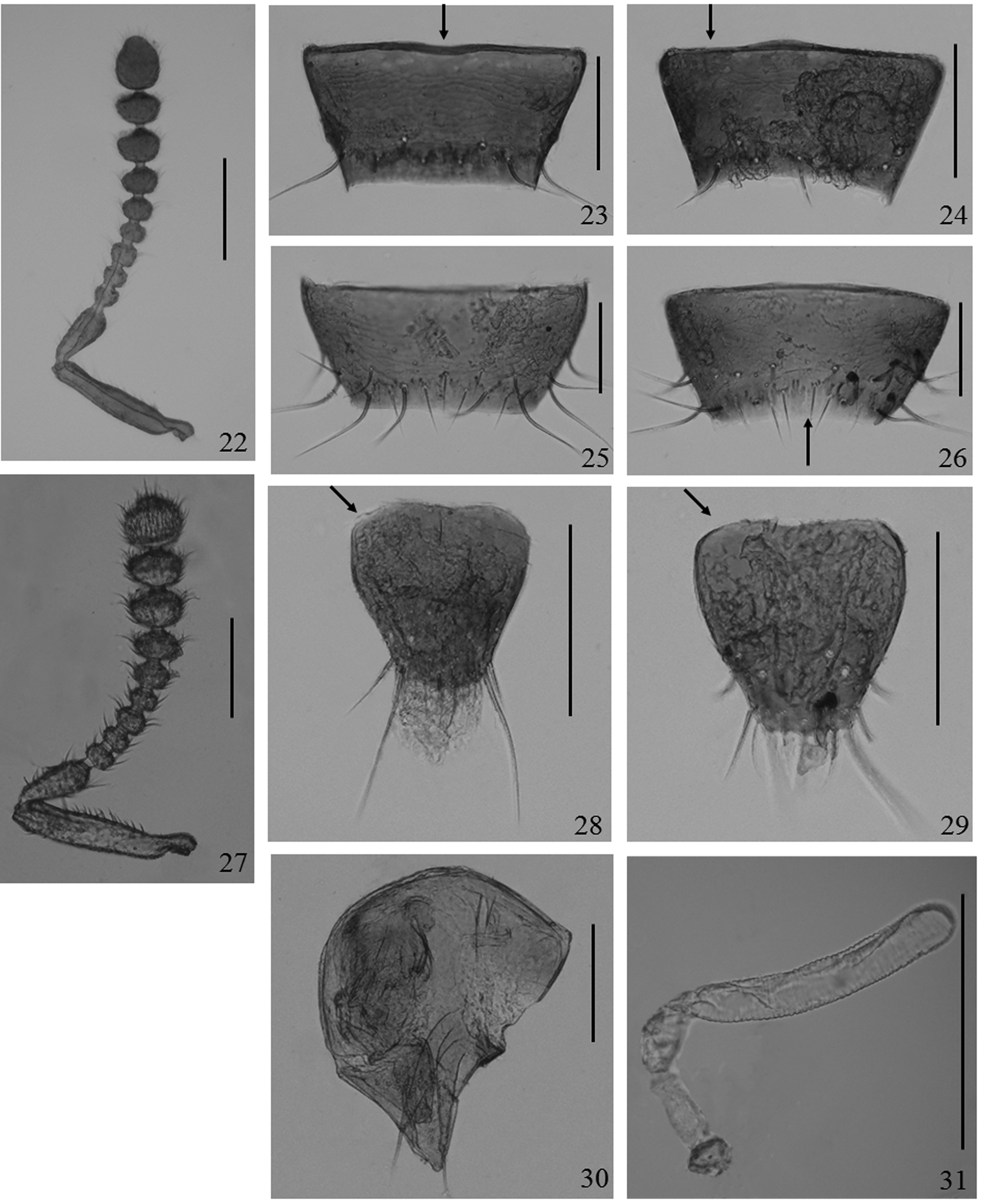