Etymology. The specific name refers to the soft, limp body.

Remarks. In its body form, soft texture, scattered non-retractile tube feet, irregular cup-like baskets, crosses often present in addition to baskets, and absence of introvert deposits and end plates, this species is rather distinctive. Among the Atlantic species of Trachythyone the new species appears close to T. bouvetensis (Ludwig & Heding, 1935) from the Antarctic-Subantarctic and T. crassipeda Cherbonnier 1965 from Brazil. It also shares several features with T. corbicula Cherbonnier, 1965 and T. fallax Cherbonnier, 1958 from the East Atlantic. It comes closest to T. bouvetensis but differs in the scattered distribution of tube feet, absence of long, spine-like projections to the rim and base of the cups, plates without a spinous end and the absence of four large central holes in the plates. It resembles the Brazilian T. crassipeda in its barrel-shaped body, scattered distribution of tube feet and shallow cup-like baskets but differs in the absence of anal papillae, end-plates in the tube feet and rosettes in the tentacles. Perhaps all three species ( T flaccida , T bouvetensis and T. crassipeda ) represent relics of the Gondwanaland rift. Recently Primo & Vàsquez (2004) stated that the results from their study of the biogeography of the southern African ascidian fauna were in line with those of other southern African marine invertebrates and that the fauna of Namibia (as far as southern Angola, the limit in their study), also showed a clear relationship to that of the Antarctic region. This may be due to similar temperature regimes or a Gondwana conection. Hence a distant south-west African and east South American link is therefore also possible. T. corbicula and T. fallax , on the other hand, have an elongated, curved body with tube feet restricted to the ambulacra, although crosses are present in the former species.

Species of Trachythyone differ from each other in the combination of several characters such as the shape of the body, distribution of podia, completeness or otherwise of baskets, presence or absence of X-shaped deposits, the form of the plates and tentacle and introvert deposits. Except for the poorly known T. glaberrima , the key given below separates the remaining 19 species of the genus. 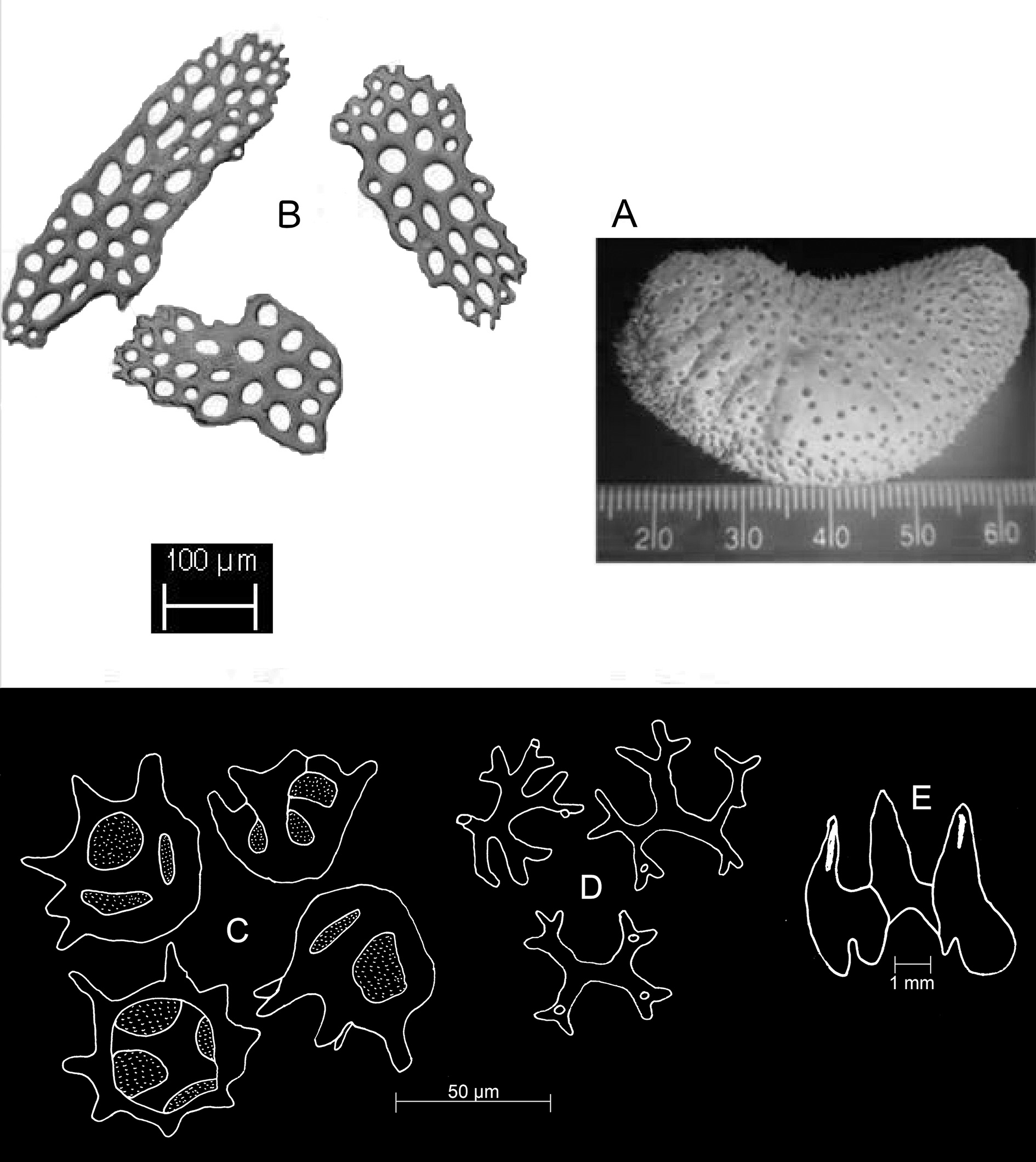