Amended description. The adult male was described in Verdone et al. (2017). In addition, the inner member of the epiproct terminates as a blunt process ( Fig. 52 View FIGURES 51–56 ), apically triangular in shape and open caudally ( Figs. 53–55 View FIGURES 51–56 ). The female and larva are unknown.

Remarks. The SEM images provided herein are from the paratype male from Frogtown Creek. The inner epiproct member is unique among the eastern members of the genus. The outer paraproct lobe is robust with an anterior projection ( Figs. 51, 56 View FIGURES 51–56 ) and similar only to S. sheldoni sp. nov. (see below). The placement of S. amicalola into a species group is problematic since no other eastern species share epiproct characteristics.

Soyedina amicalola is presently known from only two locations in the southern Blue Ridge Province in north Georgia ( Fig. 81 View FIGURE 81 ). Collecting efforts by the first author in February 2018 to the type locality and general vicinity resulted in no new material. The holotype and the two paratype males remained the only specimens known for this species until two more males were collected in February 2019 (C. Verdone, personal communication). 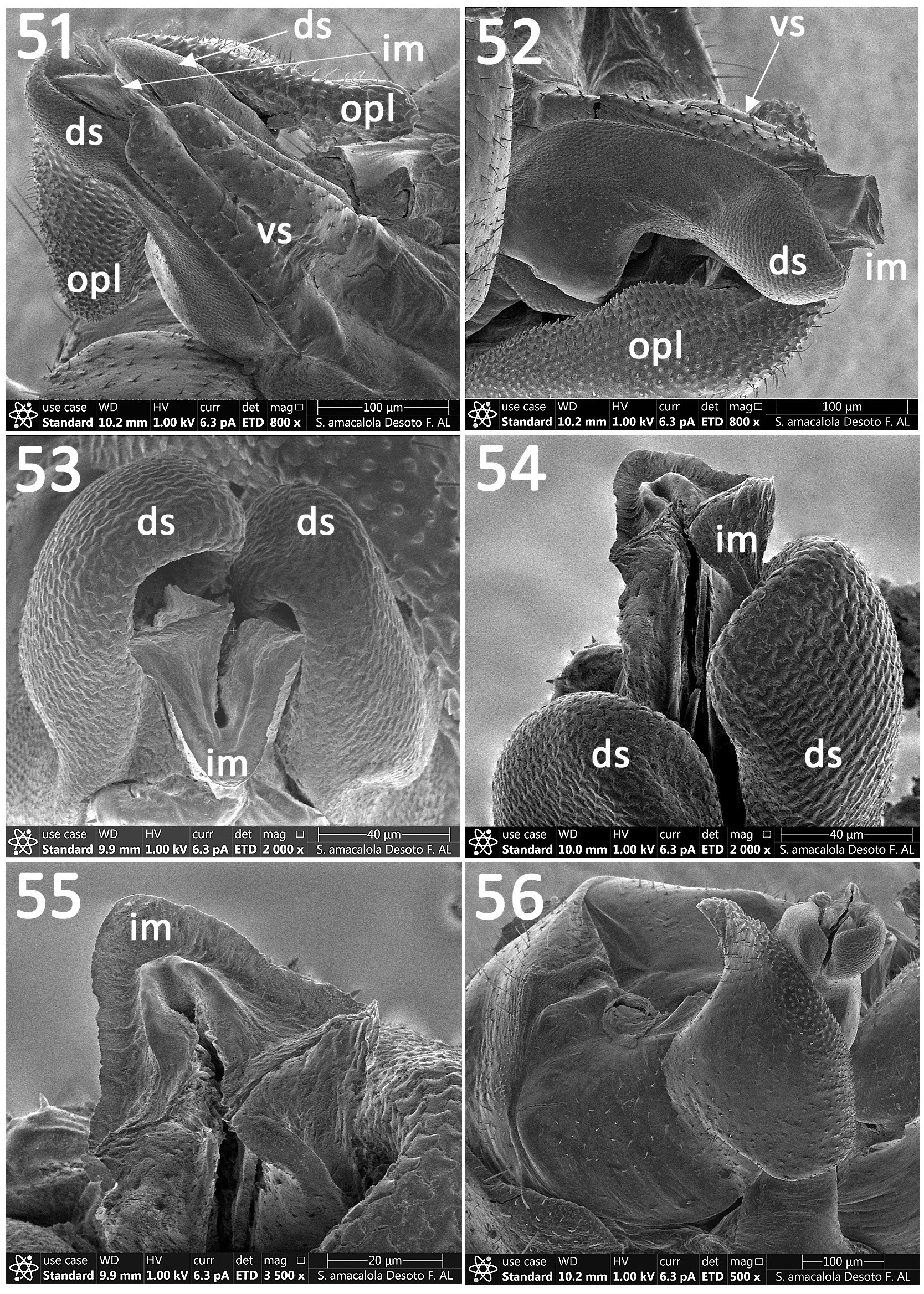