Lianas, woody climbers, scrambling or trailing shrubs, often forming dense tangled clumps, densely armed with recurved prickles on branches and shoots, as well as in pairs at leaf bases (except Caesalpinia murifructa and closely related species in the Caribbean which are unarmed). Stipules foliaceous to subulate, sub-persistent or caducous. Leaves bipinnate, ending with a pair of pinnae, prickles present in pairs at the insertion of pinnae and scattered on the leaf rachis, and at the insertion of leaflets on the pinnae rachises; leaflets oblong, apex obtuse and mucronulate to acuminate, base rounded. Inflorescences supra-axillary or terminal racemes, 30-60 cm long; bracts narrow, lanceolate, aristulate, 1 mm long, to conspicuous and exceeding floral buds, caducous. Flowers unisexual, segregated on separate male and female racemes, the female flowers cryptically bisexual with 10 fully formed stamens, but these produce no pollen; male flowers with a highly reduced, non-functional pistil, zygomorphic to sub-actinomorphic; calyx with a hypanthium and 5 almost equal sepals, these valvate in bud, the lower sepal slightly cucullate, the hypanthium and sepals caducous, leaving no persistent calyx ring, eglandular, without spines (except Madagascan Caesalpinia delphinensis in which the calyx is armed with slender prickles); petals 5, free, yellow, barely exceeding the sepals; stamens 10, free, pubescent near the filament base; ovary usually covered in bristly trichomes, except in a few species, including Caesalpinia solomonensis and Caesalpinia murifructa . Fruits oblong-elliptic, inflated pods, usually armed with 5-10 mm long spinescent bristles, apex terminating in a beak, base acute, 1-4-seeded. Seeds obovoid to globular, c. 2 cm in diameter, smooth, grey, pale to dark brown, or orange, with parallel fracture lines concentric with the small apical hilum.

This pantropical genus lacks a recent global taxonomic account and there are doubts about the number of species, with previous estimates ranging from seven to as many as 19. Species occur from as far north as Japan, south to South Africa, with three species in the Caribbean, one in China, India, Myanmar (Burma), Indo China, Hong Kong and Taiwan, one endemic to Madagascar, one in Australia, and two widespread across the Old and New World tropics.

Named by Linnaeus for Melchior Wieland (1515-1589), Prussian naturalist, traveller and scholar from Königsberg, who settled in Italy and italianised his name to ‘Guilandini’, or Guilandinus in Latin; he was sent to the Levant, Asia and Africa (1559-1560), was captured by pirates and finally ransomed by Gabriele Falloppio.

Pending a complete taxonomic revision, the list of 19 names presented below provides a guide to potential species content in Guilandina , but includes no synonymy and no information on types, nor any new nomenclatural combinations for the five species of Caesalpinia that as yet have no published name in Guilandina . 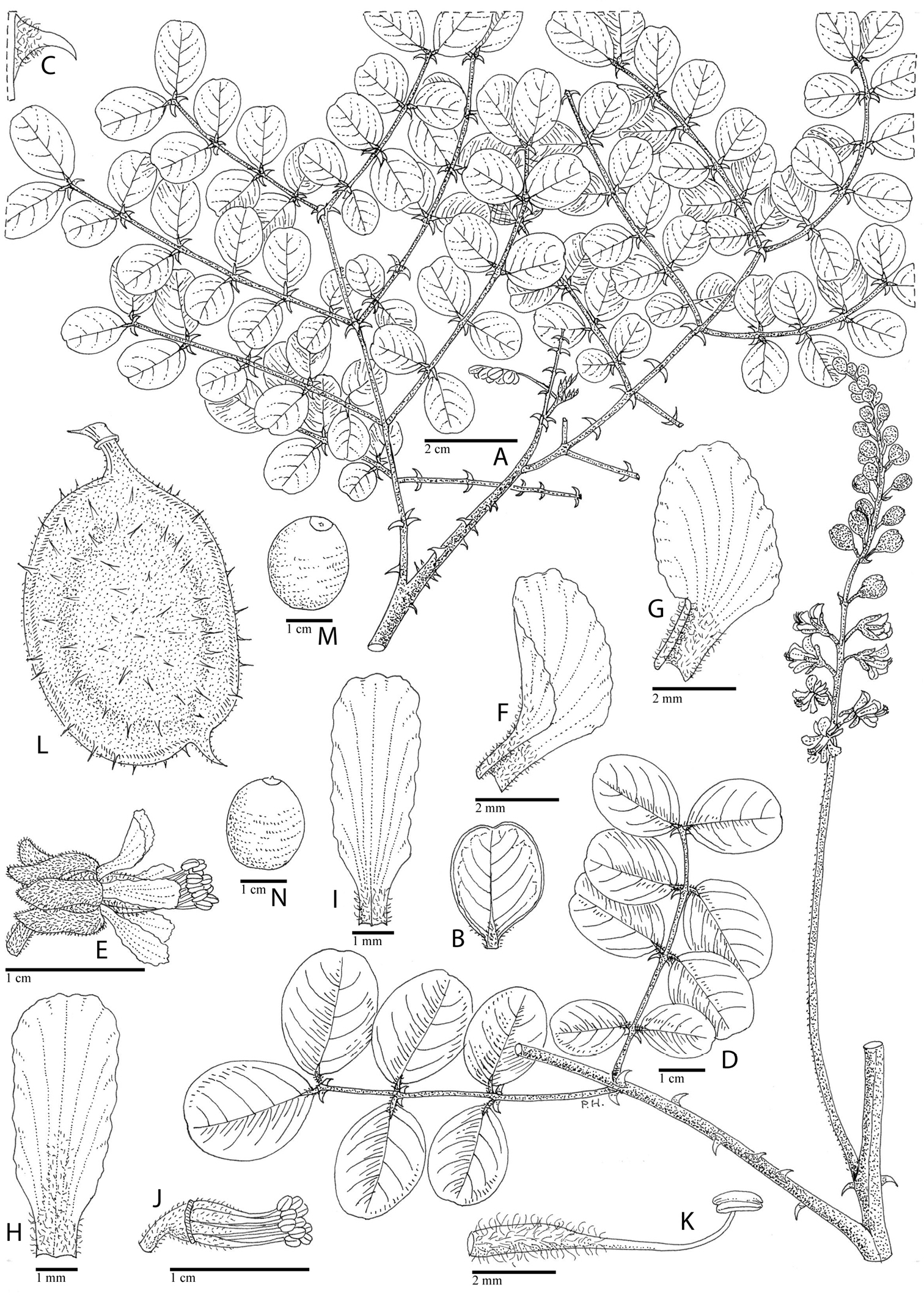 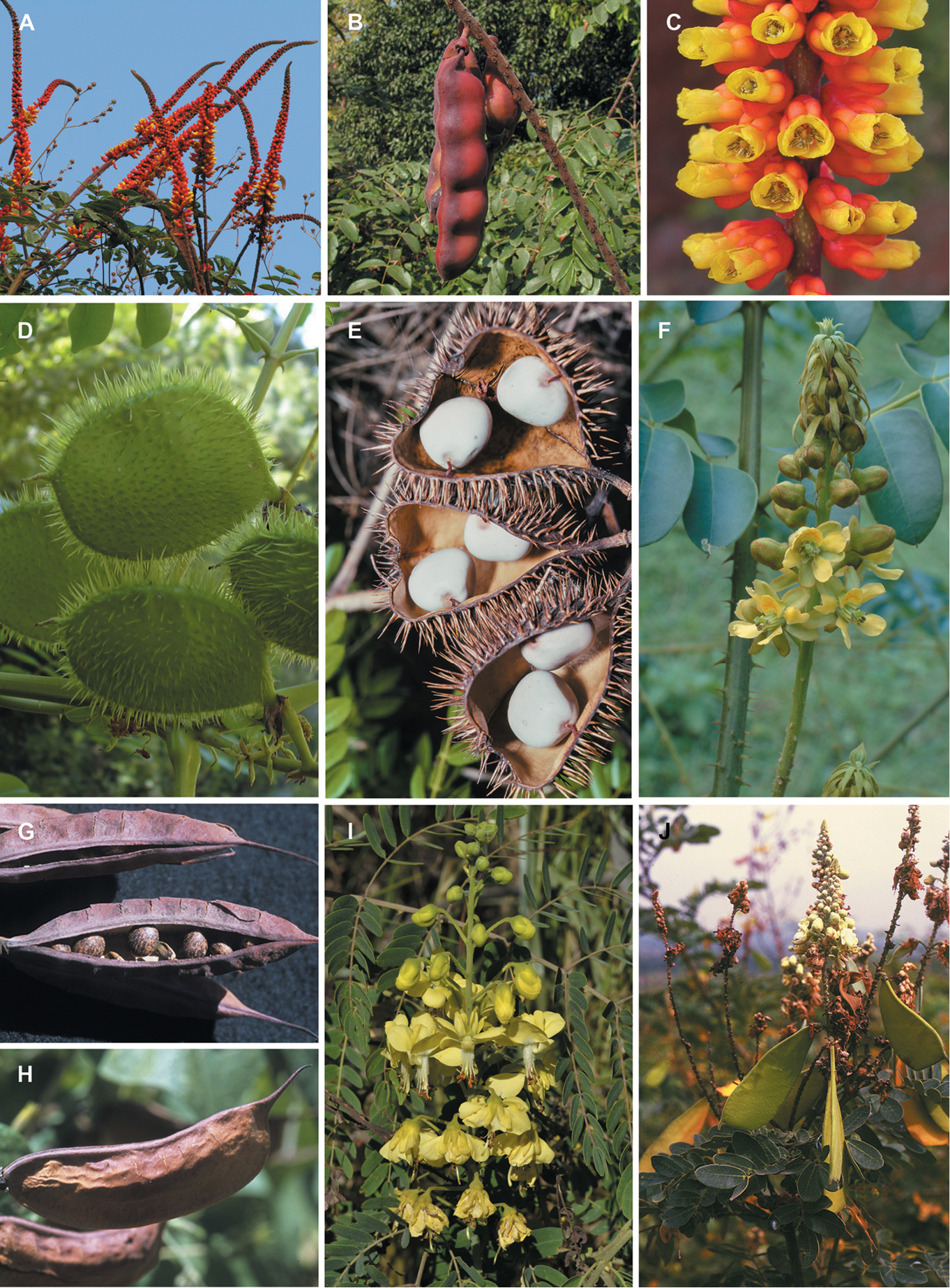