Ten males and one female of M. paraena  were collected in PNSD in 2011 (two males and one female) and 2014 (eight males), all flying in a sunlit patch on the hilltop about five to eight meters above the ground after 15:30h. In 2014 two males were captured together with the holotype male of M. gracielae  sp. nov. while they were engaged in a defensive flight for territory about five meters above the ground, around 16:00h.

The specimens collected at the PNSD ( Figs 17–20View FIGURES 1 – 32) differ from the type specimen of this species and its synonym, M. fenestrella Bates, 1868  , (phenotype as in Figs 15–16View FIGURES 1 – 32) by the presence of a subapical white spot on the forewing and more developed submarginal white spots on the hind wing, which are fused to the proximal orange marking. The morphology of the male genitalia is identical between these phenotypes. Due to the distribution of CAS and morphology of male genitalia, this species belongs to the “ phareus  ” species group ( Hall & Harvey 2002). 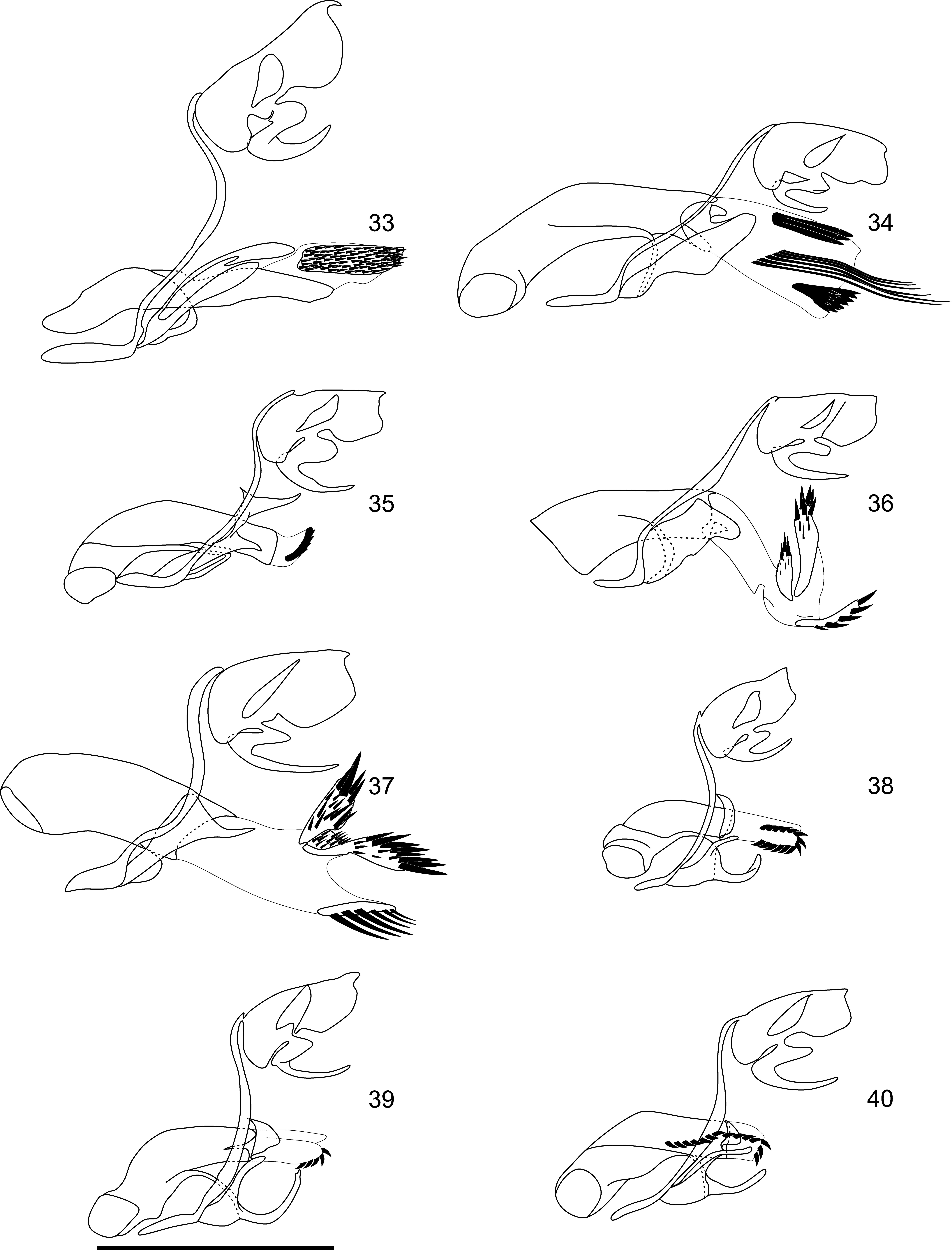 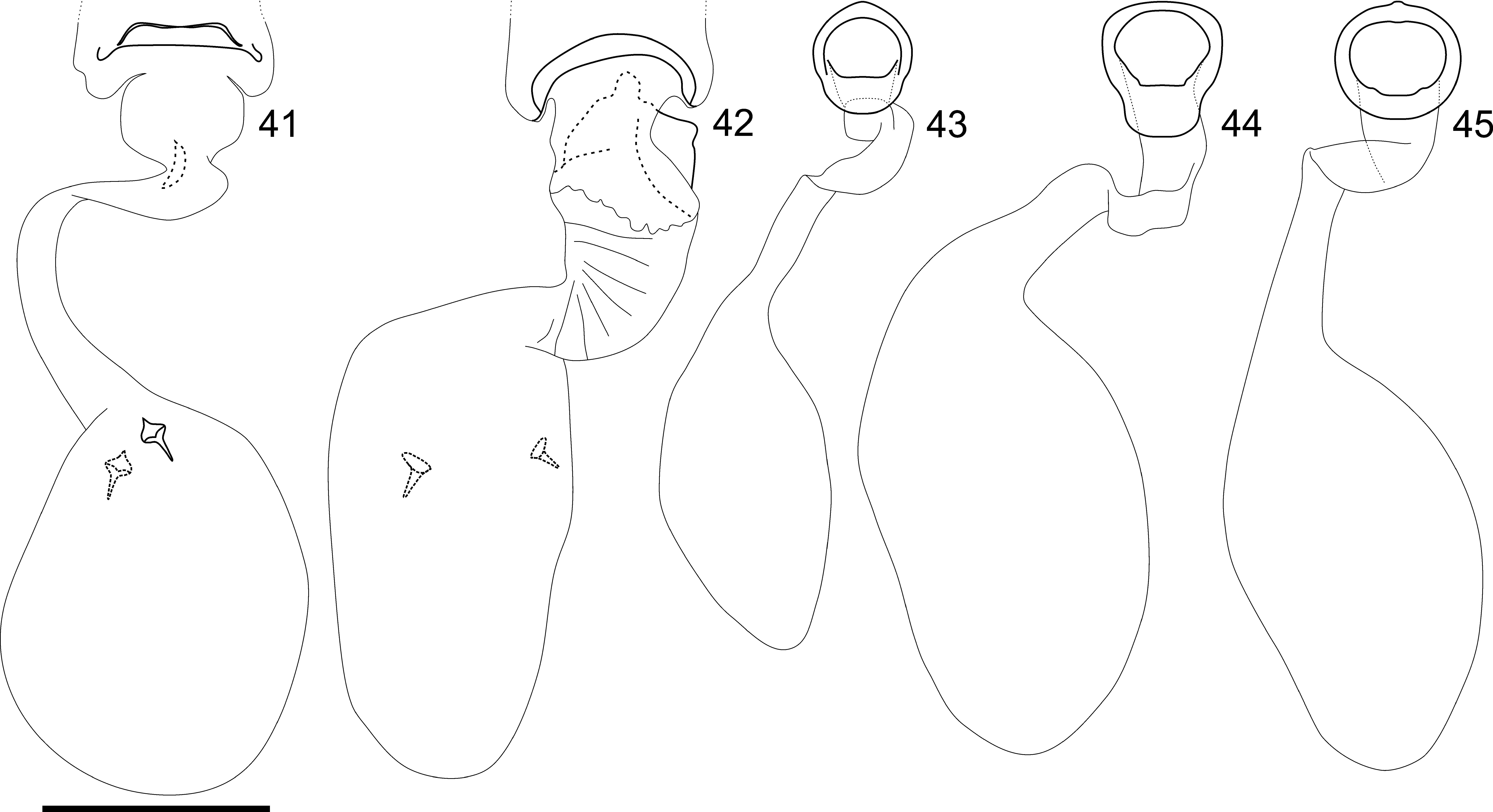