Head ( Figs. 1–2View FIGURES 1–3). With anterior part of vertex at narrowest point about 1/2 of width of eye, posterior part with longitudinal groove at middle; antenna relatively long, if bent backward, tip reaching just before or beyond wing base, scape nearly as long as pedicel, flagellomeres spherical at least basal half segments, distal ones slightly longer, each segment with verticils at most three times as long as width of segment; rostrum of head short, about 1/ 3 as long as eye, ventral margin ending above that of eye in lateral view; palpus one or two segmented, shorter than eye.

Thorax. Mesonotum strongly gibbous, about 1/2 as high as pleuron. Wing ( Fig. 3View FIGURES 1–3) without stigma; vein Sc long, extending to about half length of Rs; R1 crossvein-like, ending in C at a right angle; cell dm closed. Legs with tarsomeres 3 and 4 slightly swollen. 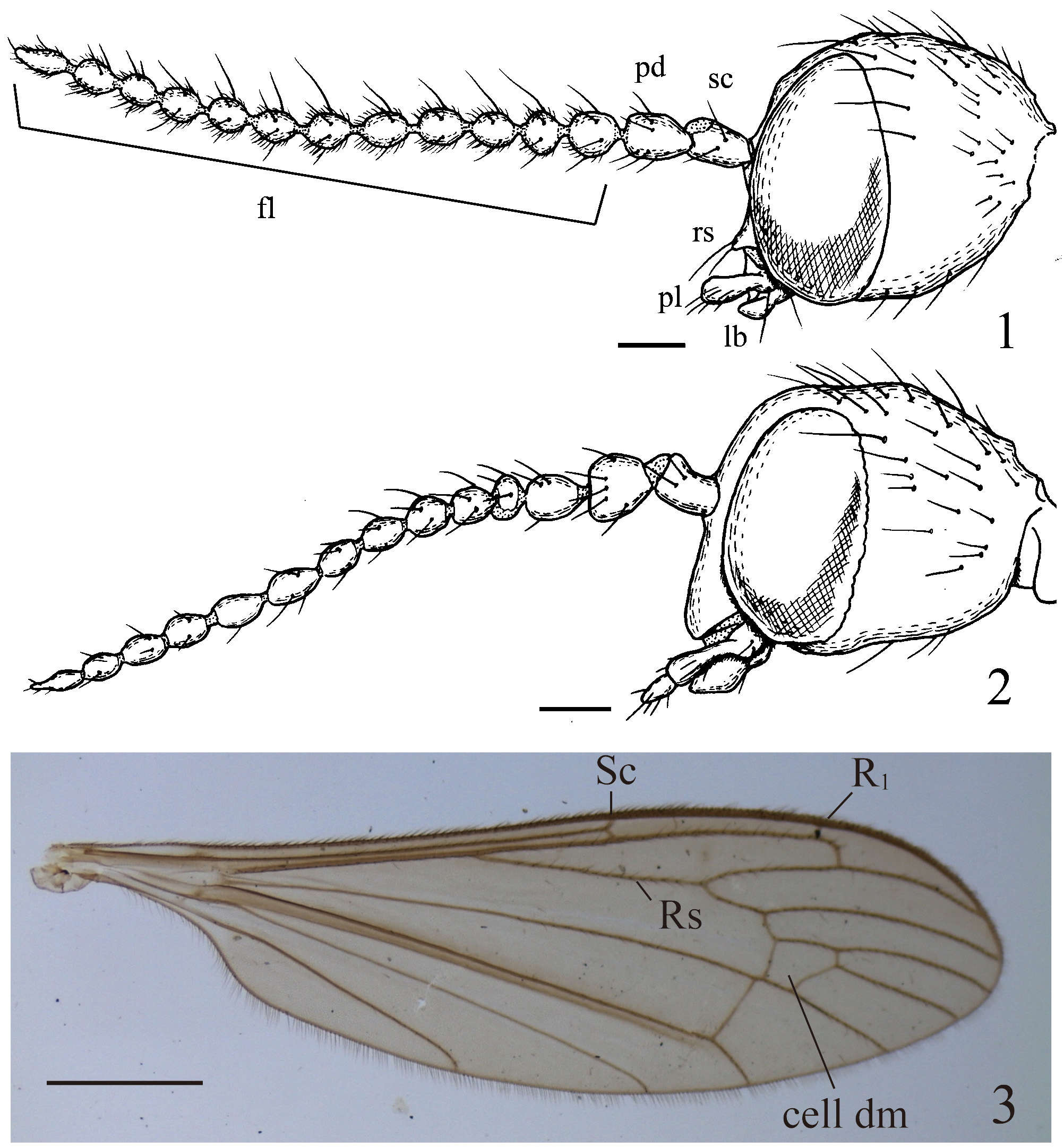 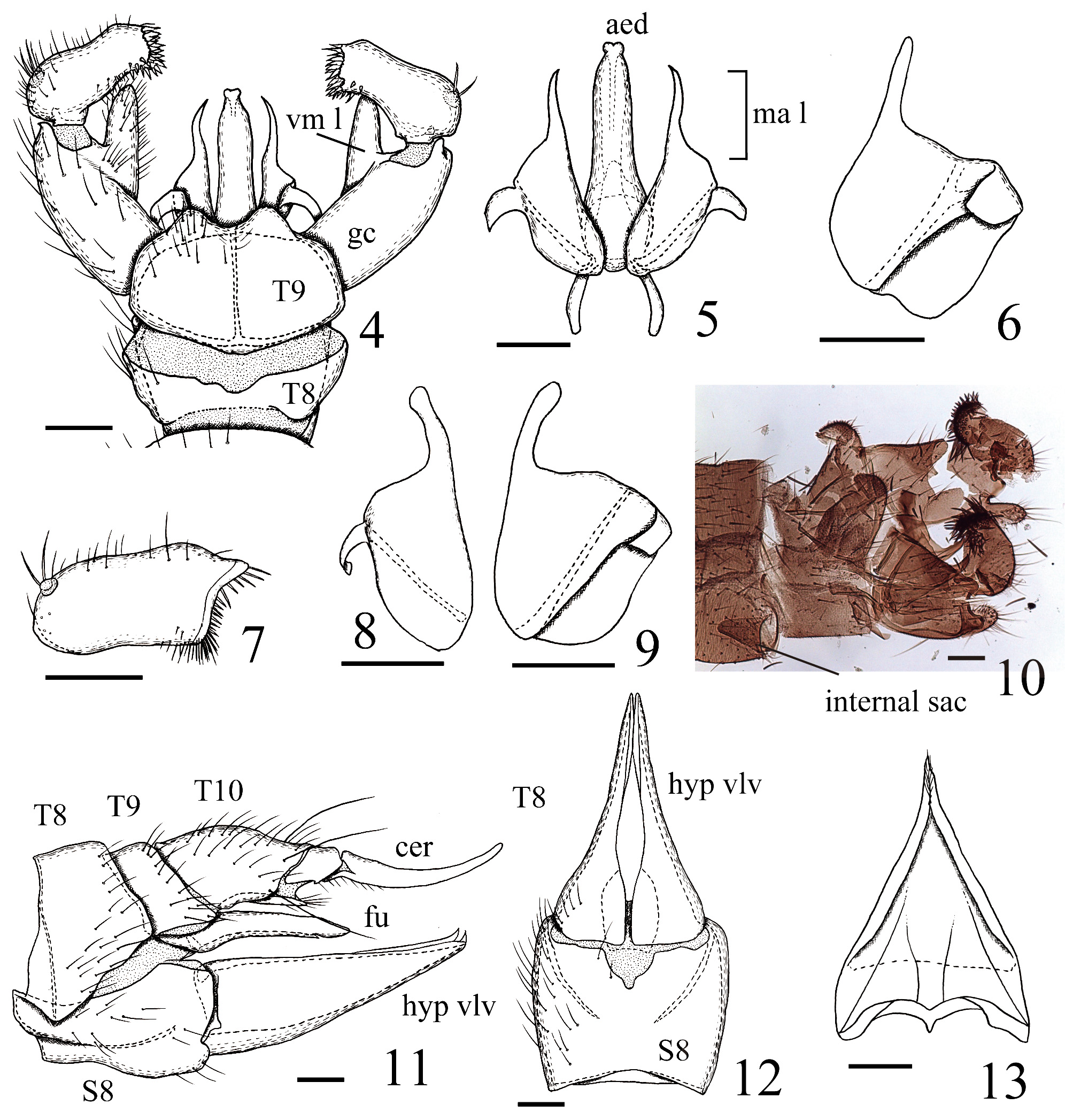