Note. This species is based on number of specimens labeled “ Cameroons ” collected in Cameroon Mountains. Description (in part, see Bates 1886a: 196). “Length 16 mm. Body short, wide, parallel-sided, black, glossy, oral parts, antennae (except basal articles), genae, tibiae and tarsi ferruginous, each elytron with two large yellow maculae, humeral macula reaches from V to IX interval, preapical one reaches from IV to VIII interval; head wide, eyes strongly convex; pronotum similar to that in C. grossus  [ Hope, 1842], but with lateral margins more widely elevated and narrowed posteriorly; elytra short, almost ovoid, striae deeply impressed and punctured, intervals fully smooth, without punctuation“ [from Latin]. “In everything except the more triangular apical joint of the palpi this species accords with the first sub-section of Chaudoir's genus, Craspedophorus  (1878: 11). It has very short mesothoracic episterna, much broader than long, strongly crenulated anterior edges of ventral segments, and in the form of the thorax resembles closely C. grossus  [ Hope, 1842]. It differs, however, from C. grossus  and from C. ruficrus  [LaFerté-Sénectere, 1851] and C. lafertei  [ Murray, 1857] in the more prominent eyes and narrower neck (the crown very coarsely punctured). It is a much shorter and less convex species than G. grossus  . The thorax is relatively broader and more angularly dilated in the middle, and its surface is very strongly punctured, the punctures in the middle being distinctly separated from each other. In the elytral surface being quite destitute of hairs and the interstices impunctate it is distinguished from all allied species ( Plate 9View PLATE 9, Fig. 61c). The anterior red spot of the elytra is quadrate, and reaches nearly to the base, the sub-apical spot is shorter and more transverse, but variable in length. According to the shape of the apical joint of the palpi the species would belong to Epicosmus  according to Chaudoir, but all the other characters are those of Craspedophorus  ”. Bates correctly places this species in Craspedophorus  (here C. strachani  group) in spite of his objections regarding the shape of terminal labial palpi. Those being examined in males (not in females or small males), the prolongated kidney-form shape of the terminal palpi is obvious, thus the placement in the genus (according to Chaudoir) and in the newly-defined C. strachani  group seems to be correct. 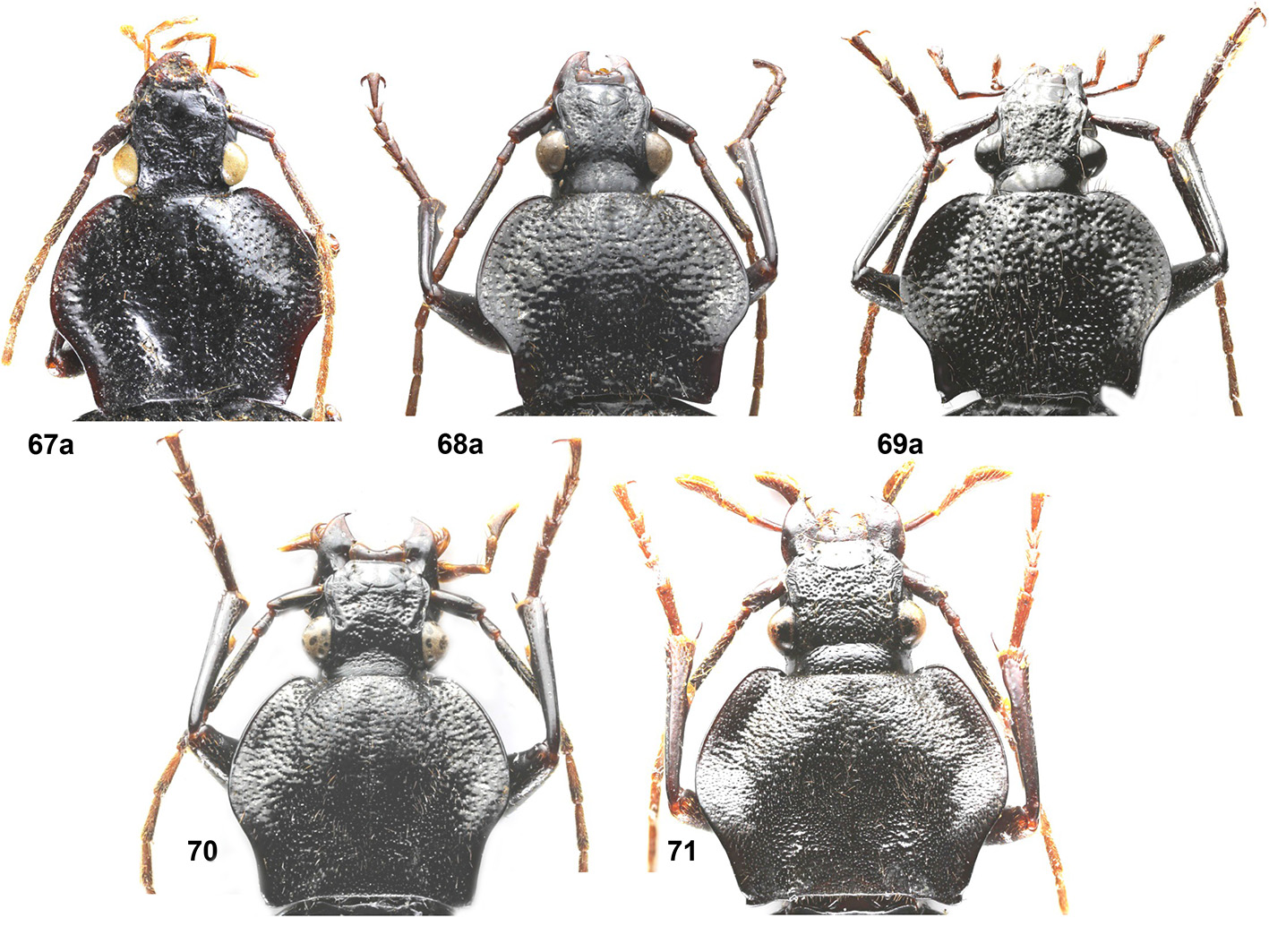 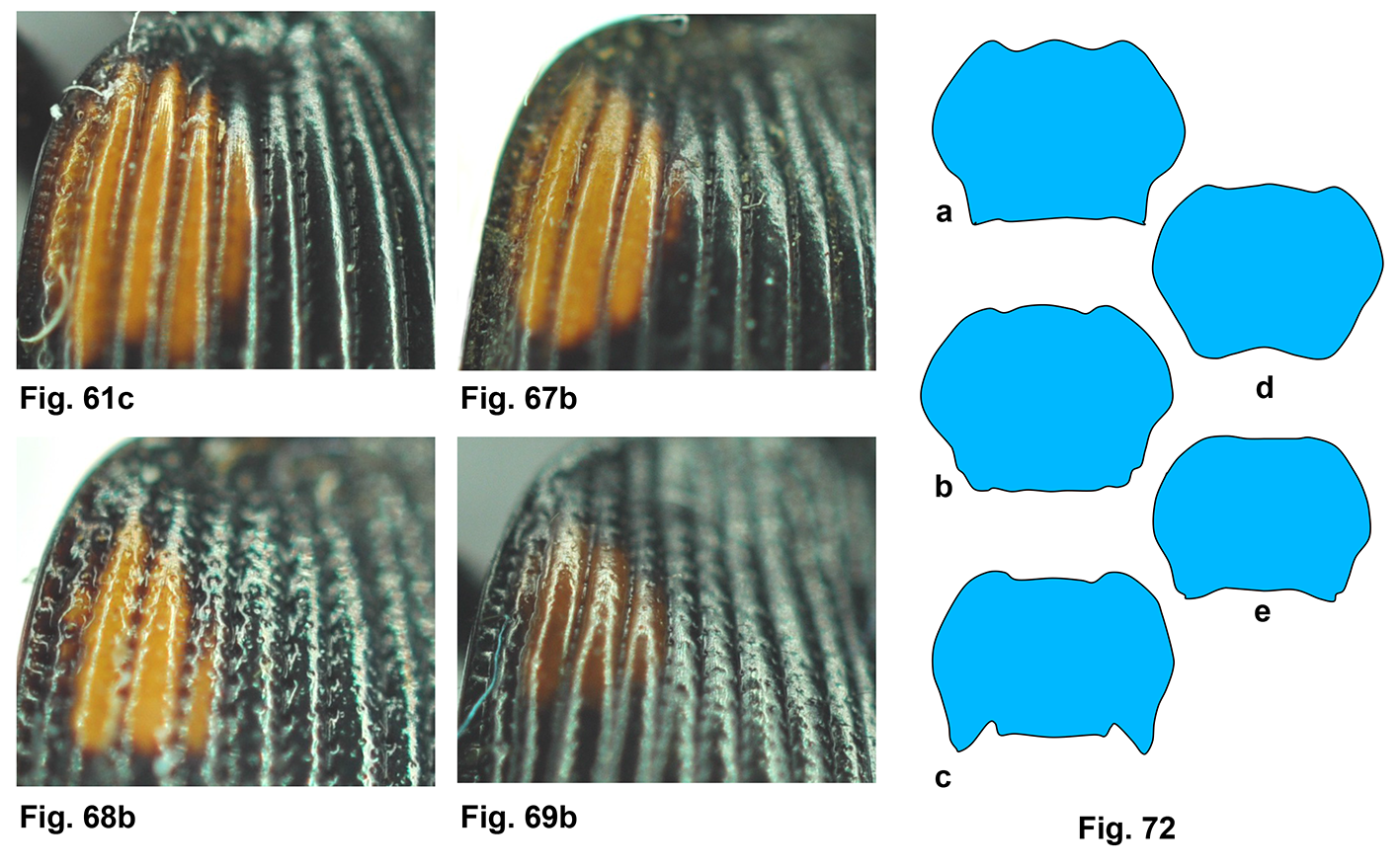 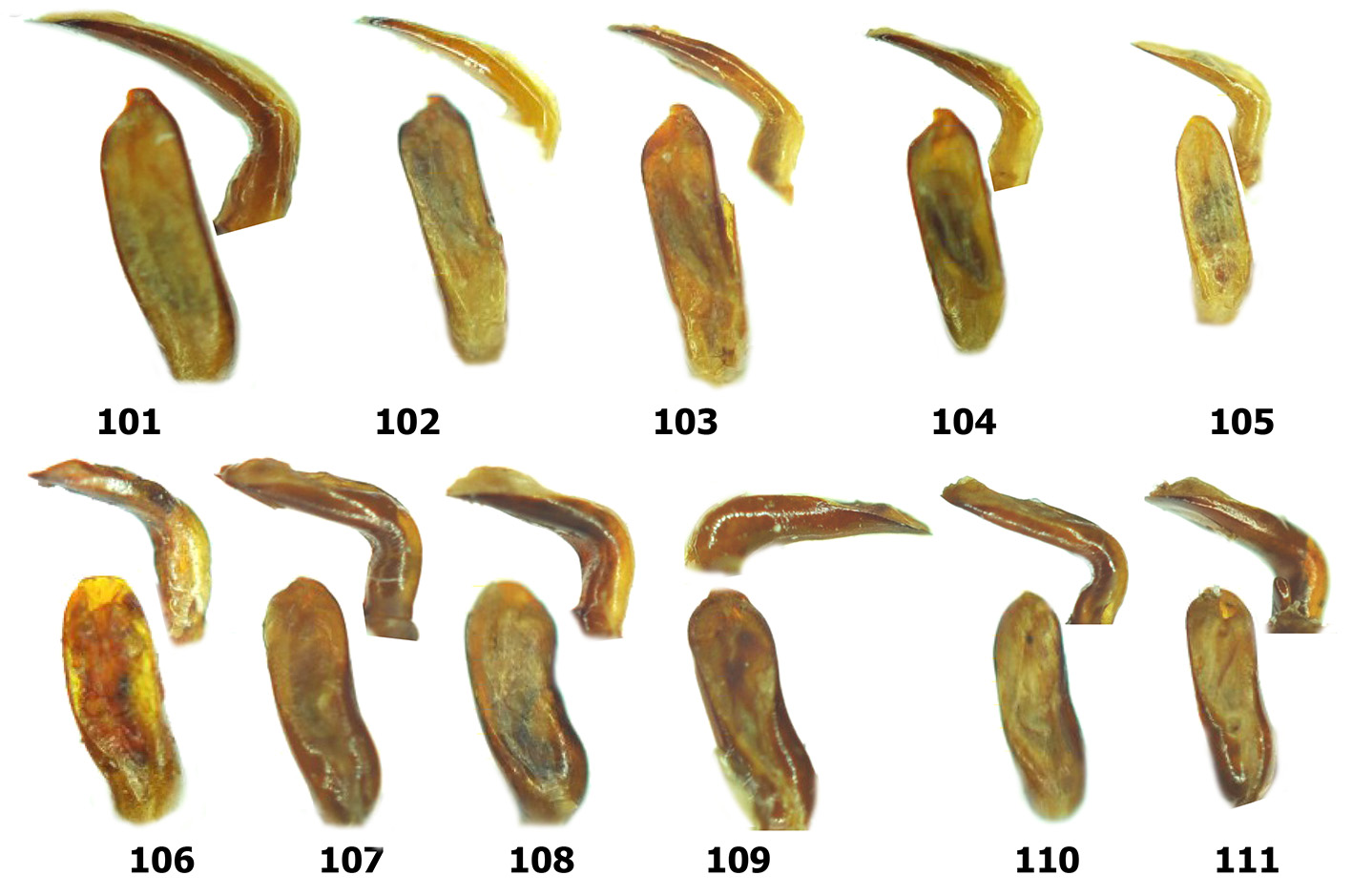