Geographical distribution. India, Myanmar, Tailand, China. The collecting sites of Chlaenius  ( Chlaenioctenus  ) species are shown in Fig. 53View FIGURE 53. This subgenus is widely distributed in the South Asia; but the distributions of individual species are apparently restricted to very small areas. This is probably reflective of low dispersal ability due to reduced (non-functional) hindwings.

Biology. Adults of this species have been collected along roads at night and by use of pitfall traps. Although the hind wings are reduced and nonfunctional in all specimens examined, several specimens had been collected under lights at night. It is most likely that they walked or ran to the lights to feed on prey attracted to the lights.

Remarks. Based on the metallic body surface, single supraorbital seta, antennae with antennomere 3 longest and antennomeres 4–11 densely pubescent, Chlaenioctenus  can be recognized easily as a member of genus Chlaenius  . Adults of the subgenus are mostly similar to those of subgenera Lissauchenius  and Ocybatus  of genus Chlaenius  in general body shape in having a round yellow spot on each elytron, but different from them and those of other subgenera in having pectinate claws, which are unique in the genus. 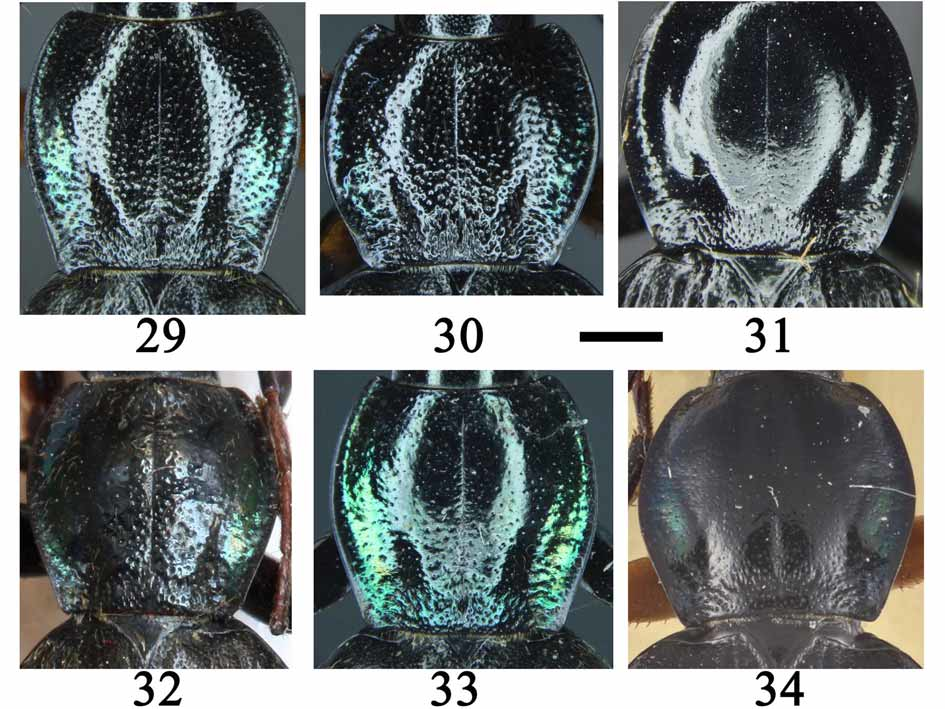